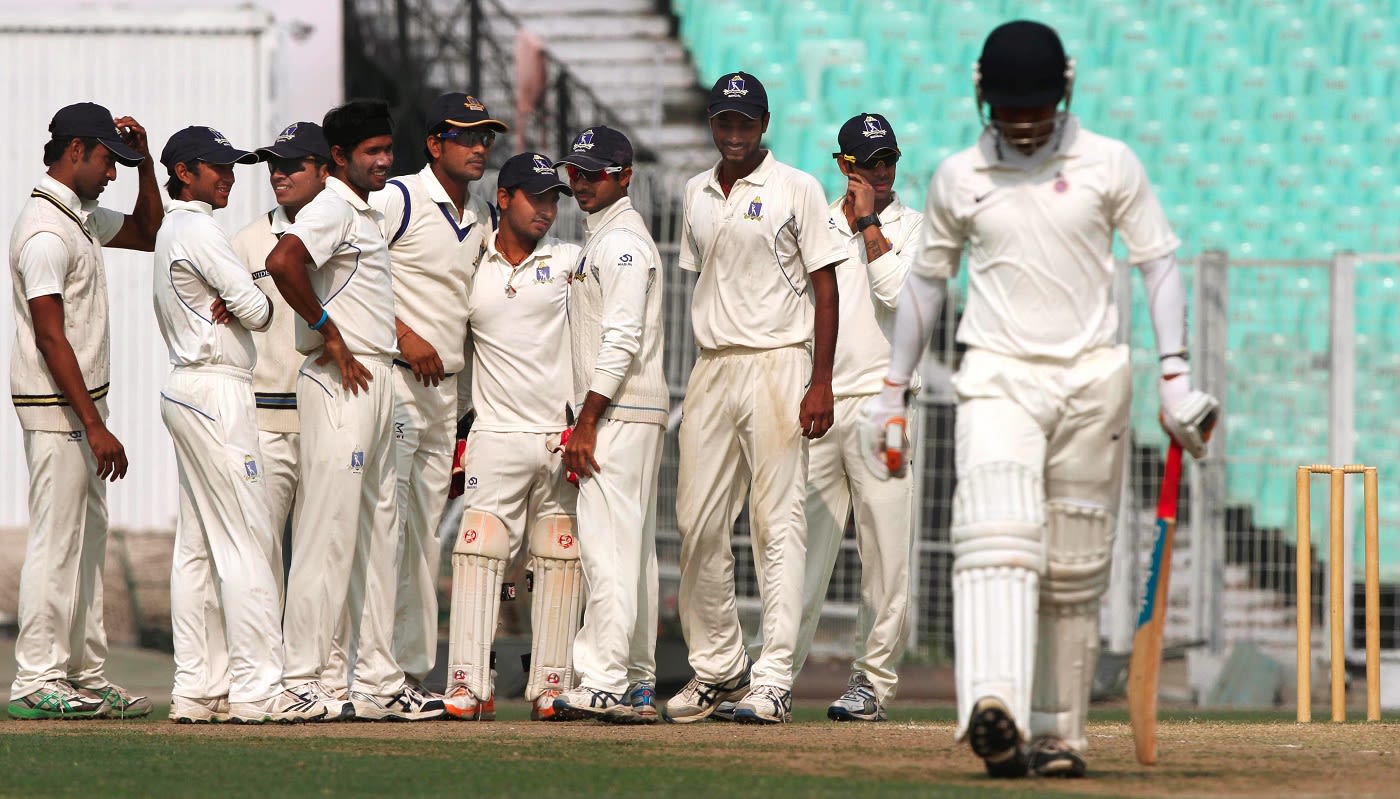 The team’s training sessions have been cancelled, and the scheduled travel to Bengaluru for the Ranji Trophy will be reviewed

Seven members of the Bengal Ranji Trophy squad – six players and a senior support staffer – have tested positive for Covid-19, leading to training sessions being cancelled. Their travel to Bengaluru, where the Elite Group B games are scheduled, on January 8, could also be pushed back.

Confirming the update, Cricket Association of Bengal (CAB) joint secretary Debabrata Das told ESPNcricinfo that the positive results came up after the players and support staff were tested over the weekend keeping in mind “the pandemic situation” in the country as a whole and the state of West Bengal in particular.

The players and Lahiri were present at the team’s training sessions as well as practice matches, played in Kolkata, in the lead-up to the Ranji Trophy, and have now all been placed in isolation. The team was scheduled to play a couple of warm-up games against Mumbai, who are playing their Group C games in Kolkata, before leaving for Bengaluru, but those have now been cancelled.

ESPNcricinfo has learnt that a senior member of the Mumbai playing group has also tested positive for Covid-19 prior to the team’s departure for Kolkata today, and has not travelled with the team.

“The CAB is taking all necessary precautions and actions in this regard,” Snehasish Ganguly, secretary of the association, said in a statement.

Kolkata is one of six cities that were named to host Ranji Trophy group-stage matches this year, with Ahmedabad, Bengaluru, Chennai, Mumbai and Thiruvananthapuram the other venues. Kolkata is also scheduled to host the knockouts of the tournament. All of that could, however, change now, and it has been learnt that the BCCI will meet later this week to discuss the situation.

Local tournaments in Kolkata cancelled
All local CAB-run tournament that were in progress have been put on hold, and the association has called for an emergent apex council meeting, which will take place tomorrow. The meeting is “to review the current Covid situation and take necessary decisions pertaining to holding of local tournaments (first division, second division and district tournaments) at present,” CAB president Avishek Dalmiya said in a statement.

The statement said that CAB is also “taking immediate steps to vaccinate the registered players who fall in the 15-18 age bracket since health and safety of cricketers and all concerned is paramount to the association”.