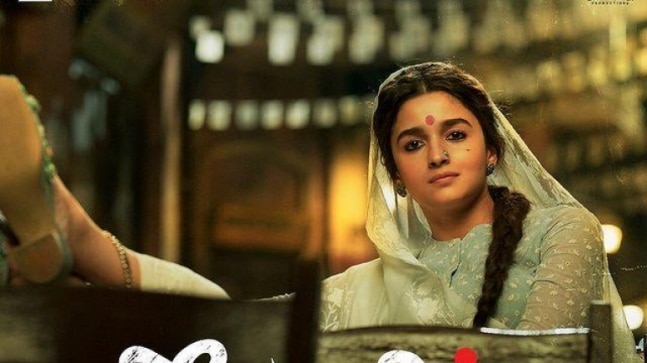 Sanjay Leela Bhansali’s Gangubai Kathiawadi has been chosen to be screened at the 72nd Berlin International Film Festival. The film stars Alia Bhat and Ajay Devgn.

Sanjay Leela Bhansali’s much-anticipated film Gangubai Kathiawadi, starring Alia Bhatt and Ajay Devgn, has been selected to be screened at the 72nd Berlin International Film Festival in February and will have its world premiere at the festival. The film will hit theatres on February 18, 2022.

GANGUBAI KATHIAWADI TO PREMIERE AT BERLINALE 2022

Alia Bhatt, who launched the motion poster of her upcoming film Brahmastra on Wednesday, will have the world premiere of her next film, Gangubai Kathiawadi, at the Berlin International Film Festival next year. The Sanjay Leela Bhansali directorial has been chosen to be screened as part of Berlinale Special, a segment of the film festival which is dedicated to showcase exemplary cinema. This year’s selections are films that have been shot during the pandemic.

Gangubai Kathiawadi is special for Sanjay Leela Bhansali and very close to his heart. Speaking about the film’s selection at Berlin Film Festival, he said, “The story of Gangubai Kathiawadi has been very close to my heart and me and my team have given it all to make this dream possible. We take pride and honour in showcasing our film at the prestigious Berlin International Film Festival.”

Artistic Director Carlo Chatrian of Berlin International Film Festival said in a statement, “We are happy to premiere Gangubai Kathiawadi and continue the tradition of the Berlin Film Festival being a special setting for Indian movies. This time with a film that joins the usual craft in shaping camera movement and the choreography of bodies with a subject that is socially relevant, not only in India. From the very beginning, we were taken by the story of Gangubai, an exceptional woman dragged into exceptional circumstances.”

THE STORY OF GANGUBAI KATHIAWADI

Gangubai Kathiawadi is said to be a woman who came to Mumbai from Gujarat with her partner, but was betrayed, sold off and pushed into prostitution. Kathiawadi, in the middle of the last century, built ties with many underworld criminals and got a hold over certain portions of South Mumbai. She became the owner of a brothel and is said to have worked for the upliftment of women and orphans in the red light area of Mumbai’s Kamathipura.

Produced by Sanjay Leela Bhansali and Jayantilal Gada (Pen Studios), the film is all set to release in cinemas on February 18, 2022.