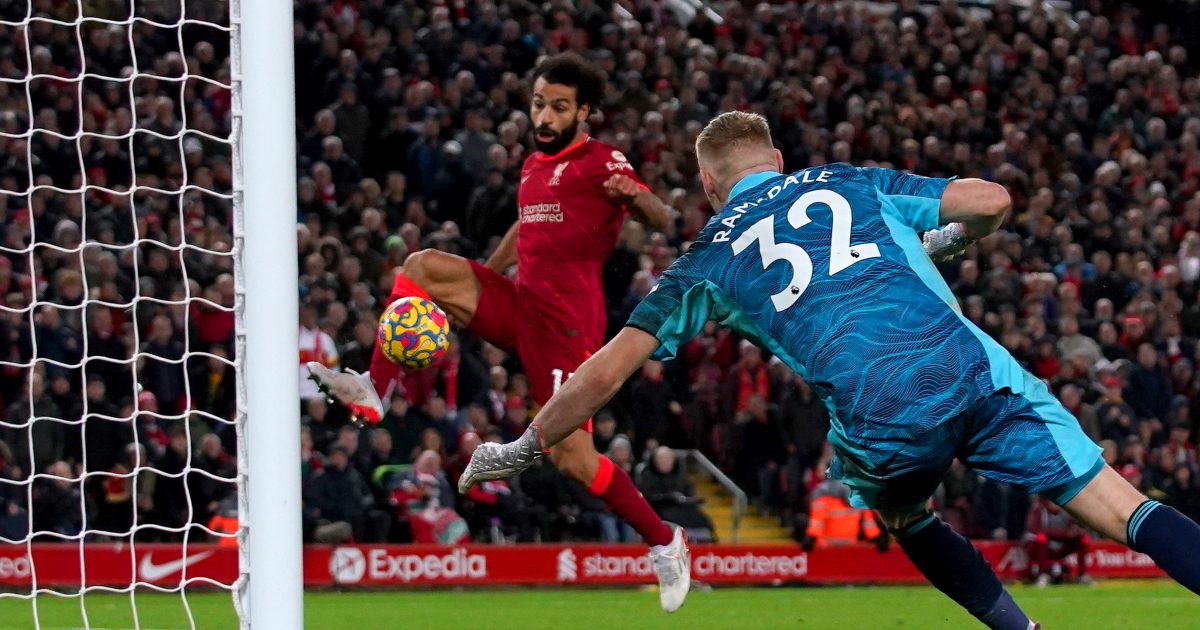 Gabriel Agbonlahor has suggested that Pierre-Emerick Aubameyang should be like Mohamed Salah but Arsenal are being “sold short”.

In 2018, Arsenal broke their club-record transfer fee to sign Aubameyang from Borussia Dortmund for £56m.

At the start of the 2020/21 campaign, Aubameyang signed a new three-year deal at Arsenal. This saw his weekly wage increase to around £300,000.

His form has dipped since then and he is now without a goal in the Premier League since October.

The attacker started on the bench versus Everton on Monday night. He came on for the last five minutes and he missed a chance to equalise as Arsenal lost 2-1.

Salah meanwhile has been in great form this season, as he has already scored 20 goals.

As quoted by talkSPORT, Agbonlahor has called for Aubameyang to do more:

“I think Arsenal are definitely getting sold short.

“Auba is on £300k-a-week. If I’m an Arsenal fan, I want Salah numbers. I want Salah’s goals and assists tally, but they’re not getting that.

When asked if he would be offended by this, Agbonlahor said: “Offended? the tables are getting thrown around in the changing room at Goodison Park! I’d be saying, ‘How dare you?!’”

“Something’s not right there. Maybe he didn’t start him because he’s been in poor form. Maybe his body language hasn’t been right.

“So, he thought, ‘Let me bring the youngster on in front of you.’

Ex-Crystal Palace owner Simon Jordan added that Arsenal have been “gutless” for a few years:

“Aubameyang came on and did [nothing]. He did nothing besides miss a really good chance.

“Now you look at the situation – Arsenal have been gutless for how long? This isn’t a new phenomenon.

“There are very few top Premier League clubs now that you can’t levy the accusation at times because leadership is so rare in football, you’re not seeing a lot of character or a lot of leaders.”