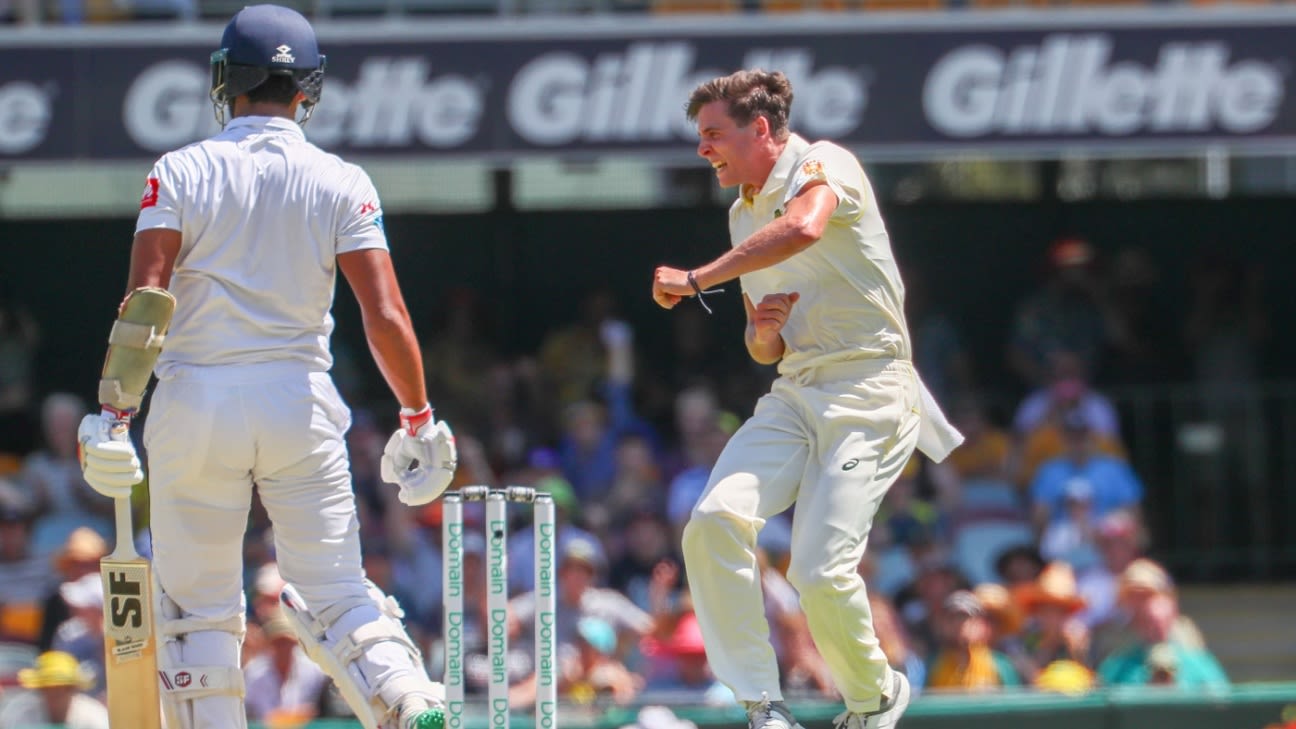 David Warner will play through the pain of a damaged rib in the second Test against England while Jhye Richardson has been confirmed as Josh Hazlewood’s replacement for the day-night encounter.
Warner did not field throughout England’s second innings at the Gabba and did not bat during the short chase after sustaining a blow from Ben Stokes on the second day. X-rays cleared him of a break and Australia were confident enough in his fitness to confirm their XI the day before the match.

He did not look comfortable during a net session on Tuesday evening and only faced throwdowns instead of the bowlers.

Pat Cummins said a painkilling injection into the ribs remained an option for Warner but it was not part of the plan before the match. He also expected Warner to be able to take his place in the slips.

“If Davey didn’t feel like he could be as good as normal, he wouldn’t be playing,” Cummins said. “Don’t think he’ll bat any different to how he normally would.

“He batted yesterday with a bit of discomfort, knowing Davey he’s not going to miss this one. He’ll be fine when the adrenalin kicks. It’s not like a broken bone that is going to get worse.”

Last season, Warner returned to the side for the final two Tests against India when still significantly hampered by the groin injury he picked up during the one-day series.

Richardson, meanwhile, was the expected replacement for Hazlewood who was unavailable due to the side injury he picked up at the Gabba. He made his Test debut against Sri Lanka in 2019 before suffering a serious shoulder injury that required two operations.

“Jhye has been battling his way back since…but if we got back to 2019 he played two really good Tests and was on the verge of an Ashes series and a World Cup before his shoulder injury,” Cummins said. “He’s worked incredibly hard, had a great start to this year for WA and we think he’s firing.

“He’s really skilled, can swing the ball both ways and can nip the ball. He’s a bit faster than you think. Can be around that 140kph mark. In Shield cricket, he’s bowled 20 overs for 20 runs sometimes. Josh is a big void to fill but we are really confident Jhye will step straight in.”

Andrew McGlashan is a deputy editor at ESPNcricinfo