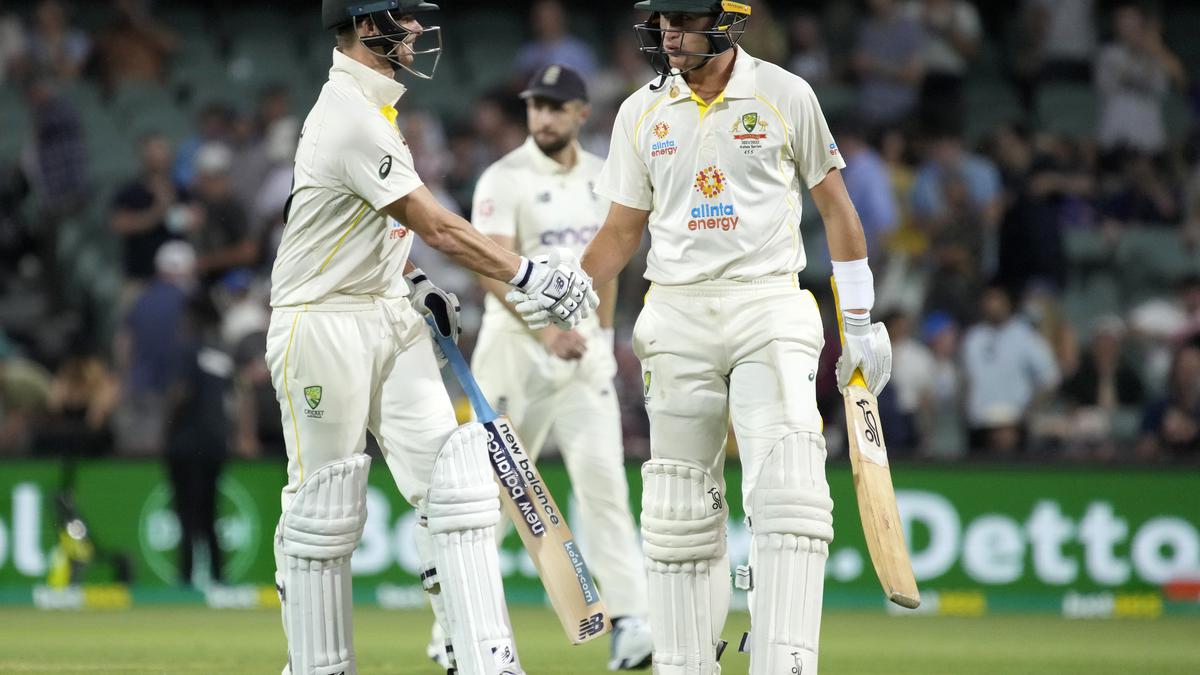 Welcome to Sportstar‘s LIVE coverage of the Ashes series.

Australia shrugged off the late withdrawal of new skipper Pat Cummins because of coronavirus concerns to dominate England on the opening day of the second Ashes test and reach 221-2 at stumps.

Marnus Labuschagne was dropped twice but remained unbeaten on 95 at stumps Thursday after sharing partnerships of 172 with David Warner (95) and 45 with Steve Smith.

Smith returned to the Australian captaincy for the first time since the 2018 sandpaper scandal after Cummins was ruled out. He was deemed to be a close contact of a positive COVID-19 case when he dined at a restaurant on the eve of the match.

Smith won the toss and just about everything else went Australia’s way to start the day-night test.

He was unbeaten on 18 after waiting most of the day to bat, with Australia losing just two wickets despite an England attack bolstered by the return of Jimmy Anderson and Stuart Broad.

Wicketkeeper Jos Buttler took a brilliant catch in the first hour to dismiss opener Marcus Harris (3) but then dropped Labuschagne twice — once down legside when he was on 21 and the other when he fumbled a regulation chance off Anderson’s bowling with the second new ball when the Australian No. 3 was on 95.