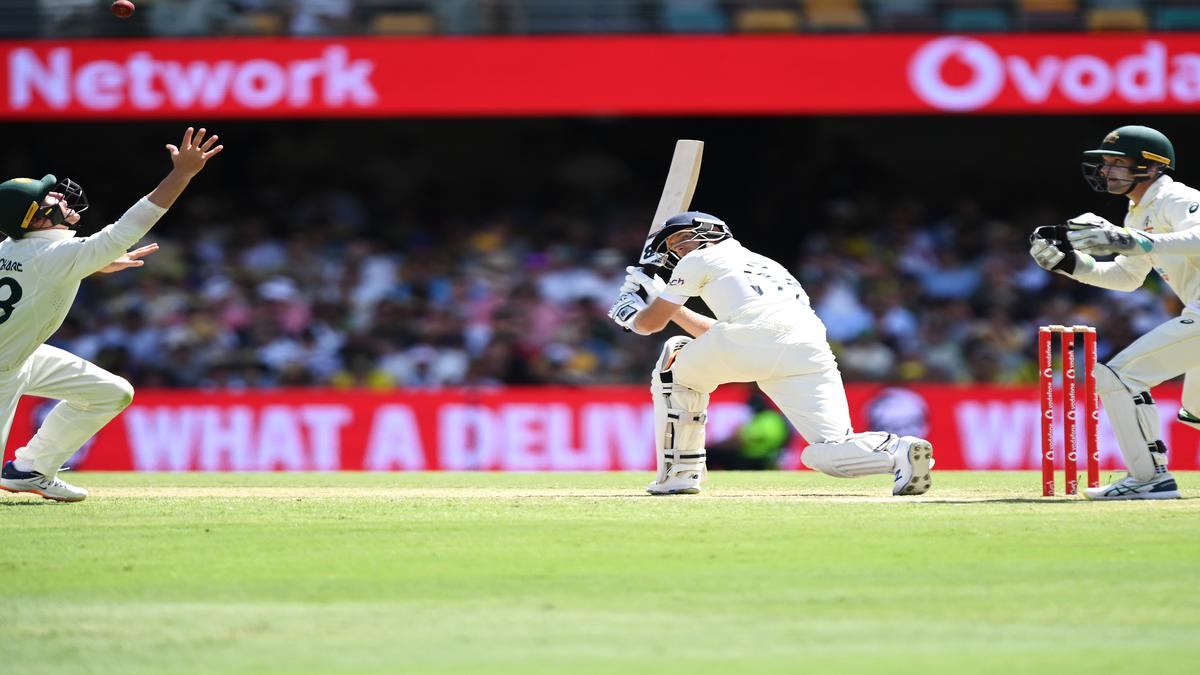 Welcome to Sportstar‘s LIVE coverage of the Ashes series.

One particular contest between bat and ball could shape this Ashes series.

Pat Cummins is set to lead the home team, putting a fast bowler’s perspective on Australia’s Test cricket captaincy for the first time since the 1950s. Joe Root is primed to lead England with the bat again in a series he thinks may define his career.

“A bowling captain for Australia and a batting captain for England — two captains going toe-to-toe will be great,” England wicketkeeper Jos Buttler said on the eve of the first Test.

Root was already feeling some pressure before it was confirmed that Jimmy Anderson, England’s all-time leading Test wicket-taker, will miss the first test starting Wednesday at the Gabba.

Buttler said the senior players in the team were ready to step up to support Root, and the return of inspirational all-rounder Ben Stokes would also help.

“We know he’s our best player. We want to support him, help him, share that load,” Buttler said of Root. “He’s been in incredible form. He comes here determined to continue that.

But England has lost nine of the 10 Tests it has played in Australia since its drought-breaking series win Down Under in 2010-11, mostly by big margins. Root has been on the last two tours, and was captain for the 4-0 loss in 2017-18.


And then there’s England’s record at the Gabba, where it hasn’t won a Test since 1986 and has recorded only two wins since 1946.

Buttler said England was only looking back as far as January, when an injury-depleted India squad clinched a series win by ending Australia’s unbeaten record at the Gabba that dated to 1988.

“I don’t think we have anything to lose … (rather) everything to gain,” he said. “You know to do that against Australia here, you have to be at your best.”

England released a 12-man squad on Tuesday, leaving most speculation over the formation of the bowling attack. Stuart Broad, Chris Woakes, Mark Wood and Ollie Robinson were included as specialist pace bowlers, and left-arm spinner Jack Leach was also in the mix. The starting XI will be confirmed at the coin toss.

Cummins revealed his starting XI well ahead of time, giving himself plenty of time to adjust to his new job. That now includes attending the pre-match news conferences and going out for the coin toss instead of marking out his run-up to prepare to bowl.

The 28-year-old Cummins made his Test debut as a teenager in 2011 and was elevated to the captaincy when Tim Paine quit last month after media reports he’d been investigated four years earlier by cricket administrators for sending an explicit text to a work colleague.


He said he plans to rely heavily on his experienced deputy Steve Smith, who was replaced as Australia’s Test captain by Paine in 2018 after the infamous Sandpapergate scandal in South Africa.

He served a suspension from leadership positions and was the leading batter when Australia retained the Ashes in England in 2019.

“Smithy and I have been really good mates for a long time. When I was 18, I’d sleep on his couch on occasions,” Cummins said. “He’s a legend of the game. Of course I’ll be leaning on him for ideas at times.

“There’ll be times when I need a rest — I’ll have no problem handing over to him.” Alex Carey was given the wicketkeeper gloves to replace Paine and Travis Head was retained to bat at No. 5.

The Australians haven’t played a Test since the 2-1 series loss to India in January, while England has played in Sri Lanka and India and hosted New Zealand and India in series.

But the wet weather and quarantine requirements means neither team is going into the series with a lot of red ball cricket form.

The bulk of the Australian team was involved in the Twenty20 World Cup victory in the United Arab Emirates last month, where coach Justin Langer gave the playing group more control over the preparations.

It’s something Cummins wants to carry into the Test arena.

“The environment we created at the World Cup is a blueprint,” he said. “The relaxed environment, empowering everyone to do it their own way. Tailor the preparation. They’re great lessons we learnt the World Cup that worked.”