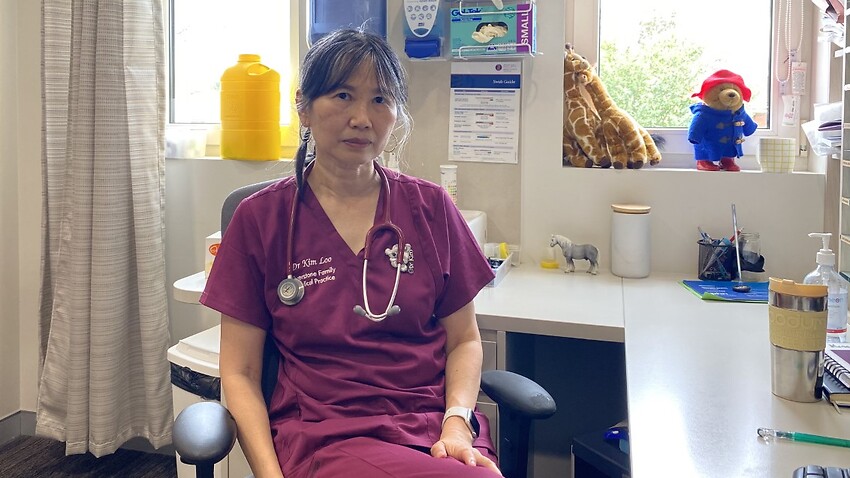 “Now, if you wish to sit on the railway line and wait until it happens, then there is an enormous price to pay.”

The report warns that bushfires could contribute to more than 1000 deaths in the next 10 years. Source: AAP

“You would have seen appeals from numerous scientists and respected eminent academics who have asked for appropriate climate change legislation and appropriate zero-emission targets that will meet the needs of the Australian people,” Dr Wilson told SBS News.

“We are now leading the call for change in the health sector.”

A feeling of dread

Dr Kim Loo, a GP in the suburb of Riverstone on Sydney’s northwestern outskirts, says she has come to dread the soaring temperatures of summer.

“During the Black Summer, my patients were subjected to 80 days of smoke and then the heat waves as well at the same time,” she told SBS News.

“I’ve got patients who live on their own – they’re socially isolated, and that is such a big risk for them getting really sick and dying during heat waves.”

“If you have young children that aren’t able to just go outside and be in fresh air, it has a massive impact. I do really worry about that.”

Rebecca DeMarco fears that scorching heatwaves and bushfire smoke will impact the health of her kids. Source: SBS News

She now fears climate change will turn summer into something that is endured, rather than enjoyed.

“I think the more that we learn about it and understand that it’s coming sooner than we all realise, it definitely makes me concerned for what sort of futures they are going to have.”

The RACP report calls on the government to set more ambitious targets for emissions reduction over the short term.

It also urges the government to adopt a dedicated strategy for mitigating the impacts of climate change on the healthcare sector.

The federal government has committed to reaching net zero emissions by 2050. Prime Minister Scott Morrison has said the government’s net zero plan is “responsible” and “practical”.

However Dr Karen Price, the president of the Royal Australian College of General Practitioners, said there was a clear need for the Australian government to commit to stronger 2030 emissions targets.

“GPs across Australia are already seeing the impacts, such as the tragic 2019 Black Summer bushfires, which devastated so many communities and had a lasting impact on people’s health and wellbeing.”

The health department said it “welcomed the report” and looked forward to reviewing its recommendations in detail.

“The Department of Health is working with the states and territories to ensure that Australia’s capacity to respond to the health impacts of climate change are appropriate and effective,” a spokesperson said.

The offices of Health Minister Greg Hunt and Energy Minister Angus Taylor were contacted for comment.