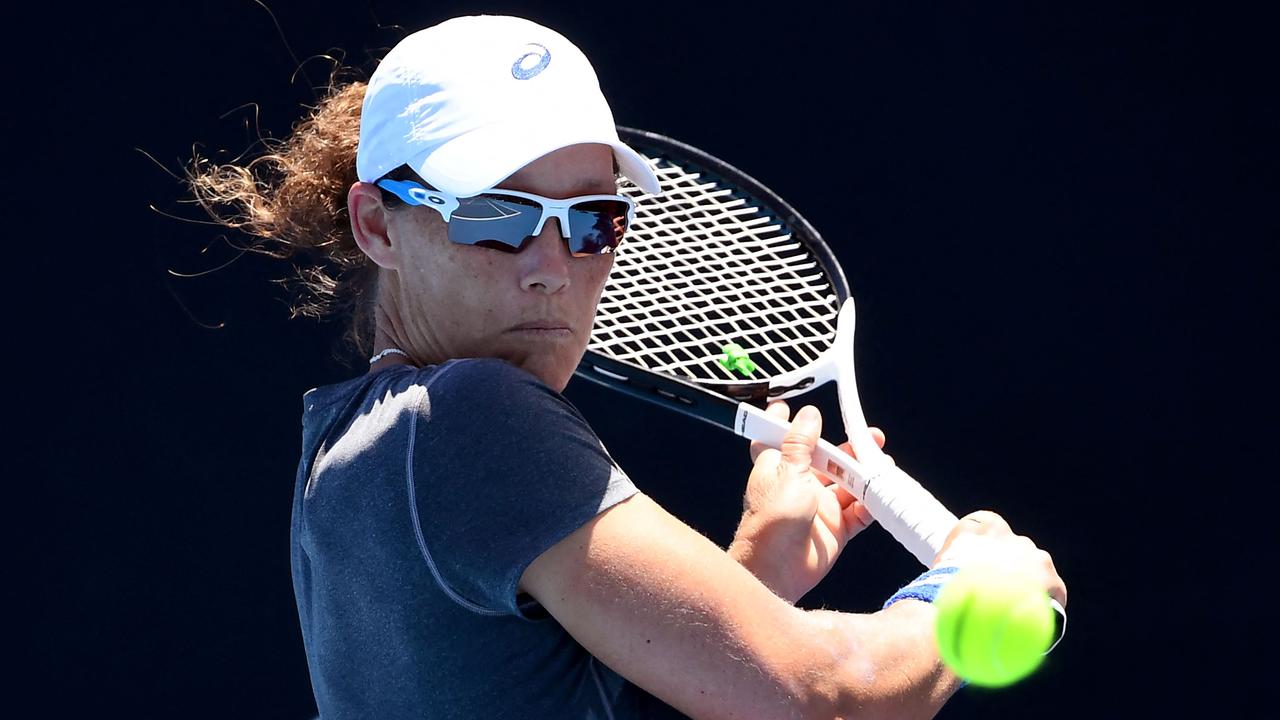 Sam Stosur will play singles for the last time at this year’s Australian Open, but she says it might be it for doubles too.

An emotion-charged Sam Stosur will approach this year’s Australian Open as if it’s her last – not only in singles but almost certainly in doubles as well.

The 2011 US Open champion revealed last week that the Melbourne Park grand slam, which starts on January 17, would be her final singles event, but she is yet to make a decision on doubles.

Stosur’s US Open triumph with China’s Zhang Shuai in September convinced her to play a limited doubles schedule beyond the Australian Open, then she will reassess at year’s end.

They will stick to contesting only the major tournaments and lead-in events to the grand slams, with Stosur hoping to take her partner, Liz, and their daughter, Evie, on the road.

“Realistically, this is probably (my last) AO completely for me, and if ’22 ends up being it for the year, then I’m well aware that’s highly possible,” she said.

“So, I think that’s what I’m kind of playing towards and I’m going to play this year like it is.

“If something changes and I end up being able to do more, then great, but realistically ’22 is probably it.”

Stosur admitted she would more than likely be “a blubbering mess” after she played her final singles match, particularly if she spotted her mother in the stands.

“I’ll probably be in tears and everything else, so I know it’s going to be an emotional day for me,” she said.

“You’ve got to kind of be prepared for that (but) I feel like the time’s right. I’m happy with my decision.

“I did go back and forth for a little while about it, but now that it’s done, I feel good and I know there’s going to be tears.

“But it’s not for necessarily stopping. It’s just, obviously, been a huge part of my life, this sport and my career, and it’s something I’m very proud of.”

Australian players from Daria Saville to Maddison Inglis, Ellen Perez and Astra Sharma have spoken this summer about how much of an inspiration Stosur has been for them.

Sharma said on Sunday that seeing a photo of Stosur pre-tournament was the impetus behind her winning a maiden WTA singles title in Charleston last year.

Stosur already serves as a mentor to many of her younger peers and plans to do more of that post her playing career.

“I enjoy trying to pass on knowledge – or however you want to put it – to my peers. Saying the younger players kind of feels weird because they’re my peers and friends,” she said.

“But I think there’s a lot of information I’ve been able to gather over my career that can be really useful to some younger players and I’m always willing to help out wherever possible.”