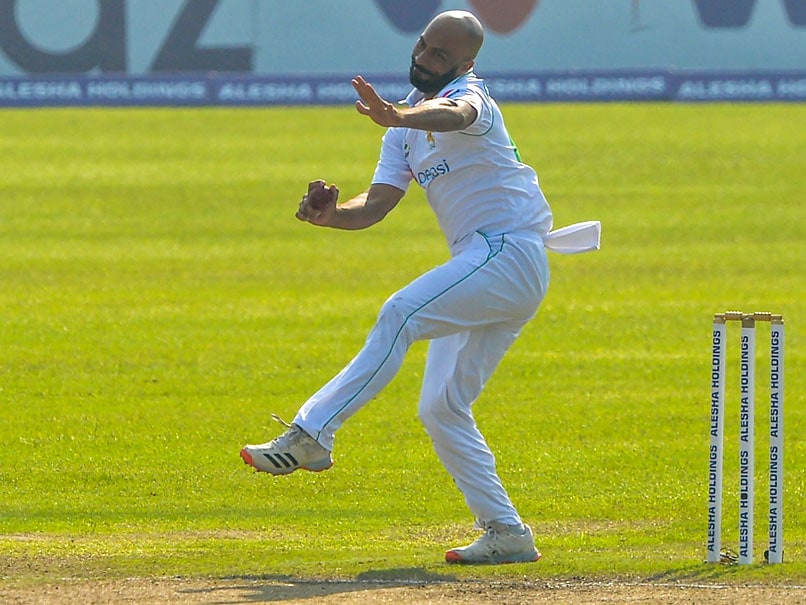 Ban vs Pak: Pakistan off spinner Sajid Khan in action against Bangladesh in Dhaka© AFP

Pakistan recorded a comprehensive win in the rain-hit second Test against Bangladesh to win the two-match series 2-0, winning the second Test by an innings and 8 runs at Mirpur in Dhaka. It was yet another terrible batting performance from the hosts as Pakistan dismissed them twice in the span of less than two days to win the match, which it seemed would end in a draw due to the continuous rain interruptions. Pakistan’s victory was a result of the skill and perseverance of its bowlers.

Among all the bowlers, it was off-spinner Sajid Khan, who grabbed the headline with his efforts as he ended the match with 12 wickets. But it was Sajid’s first innings return of 8/42 which helped him enter the history books as it is the fourth-best bowling figures achieved by a Pakistani in Test history. Legendary leg-spinner Abdul Qadir holds the record for best Test bowling figures in an innings for Pakistan with his effort of 9/56 against England in 1987.

The off-spinner was the wrecker-in-chief against #Bangladesh returning with 8️⃣ wickets in an innings. 🔥

Sarfraz Nawaz’s 9/86 against Australia comes in second while leggie Yasir Shah is third on the list with 8/41 against New Zealand. Sajid eclipsed former Pakistan captain and current prime minister Imran Khan’s feat of 8/58, to take the fourth spot on the list.

Imran though holds the record for the best bowling figures by a Pakistani in a match, which came in the same encounter against Sri Lanka in 1982 as he finished with a match haul of 14/116.

Sajid’s 4 wickets in the second innings meant he finished with figures of 12/128, which is the 10th best in Tests for Pakistan.