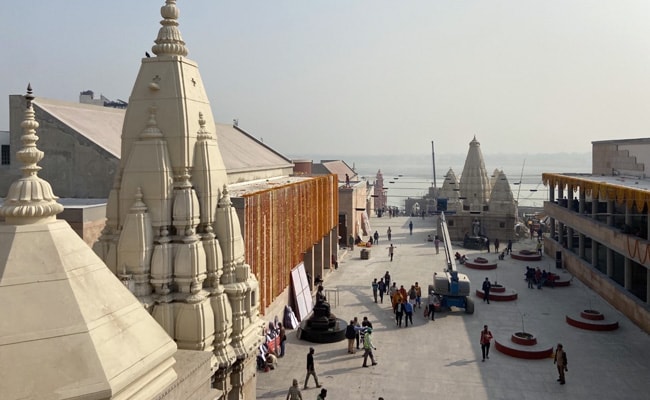 Less than 24 hours are left for the inauguration of phase 1 of the project (built at a cost of Rs 339 crore) by Prime Minister Narendra Modi, who also represents Varanasi in Lok Sabha. With Assembly elections in Uttar Pradesh round the corner, the event is likely to see the ruling BJP raise the poll pitch and showcase the project as one of its key achievements.

At the ghats, there is a 24-hour deadline to finish all work the work before PM Modi’s visit.

Top party leaders and Chief Ministers of all BJP-ruled states have been called in for a show of strength, it is learnt.

At the ghats, however, a 24-hour deadline for all work to finish seems too long a shot.

A labourer working at the ghat, who did not want to be named, said the project will take at least four more months to be completed. “Modiji will come, he will see what the local administration wants him to see and leave,” he adds.

The project’s inauguration cannot wait, because the BJP must showcase it before the model code of conduct kicks in. With this Varanasi visit, the Prime Minister will have spent nine days over the past month in Uttar Pradesh. As the Yogi Adityanath-led state government organises one event after the other in the run up to the polls, the Prime Minister has used these stages to target the BJP’s rivals, chief among them the Akhilesh Yadav-led Samajwadi Party. 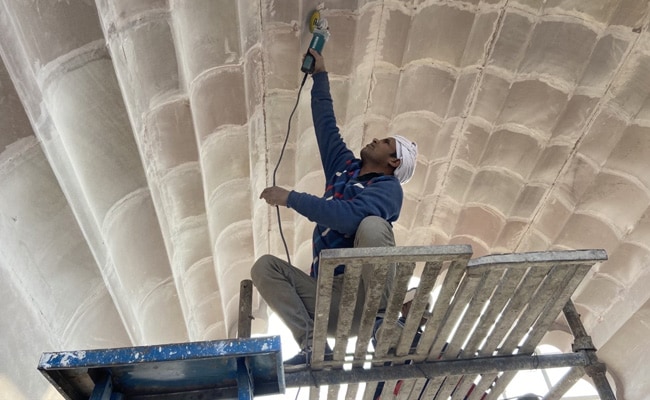 A labourer working at the site ahead of PM Modi’s visit.

Some others at the project site of the Kashi Vishwanath temple, however, are upbeat. Forty-year-old Sunil Kumar from Bihar has been working as a labourer at the project for six months now. On a five-minute break as he and others race against time to complete work, Mr Kumar said, “I am very happy. It is great that the temple infrastructure has been improved. I have sent lots of videos back home to my family. I posted one on social media too. Everyone who has seen them is happy,” he said, before returning to work.

The foundation stone for the temple corridor project was laid in 2019. What followed was a tricky process to acquire homes and small temples in a congested part of Varanasi. Initially, many were upset over the acquisition of their homes, many of which had temples in them, but the issues were eventually ironed out. 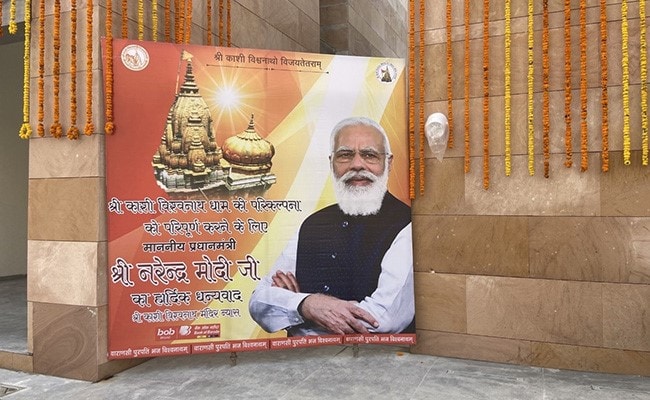 The Rs 800 crore project will be inaugurated by Prime Minister Narendra Modi,

Achyut Mohan Das is a priest with the ISKON temple in Varanasi. On Sunday, he led a group of devotees who sang and danced at the temple to celebrate the inauguration of the corridor.

Asked about the timing of the grand event and political messaging surrounding it, he said, “I am not an expert in this matter. But I feel good because at least through this, Kashi’s name, Vishwanath ji’s is spreading all around. This is like purification, you use the medicine this way or that way, it works.”

On a boat at the renowned Assi Ghat, advocate Ashutosh Pandey has a question. “Just throwing numbers, 800 crores, 900 crores is not enough . You have to retain the charm of a place , its historic nature. Why is that not being discussed?”