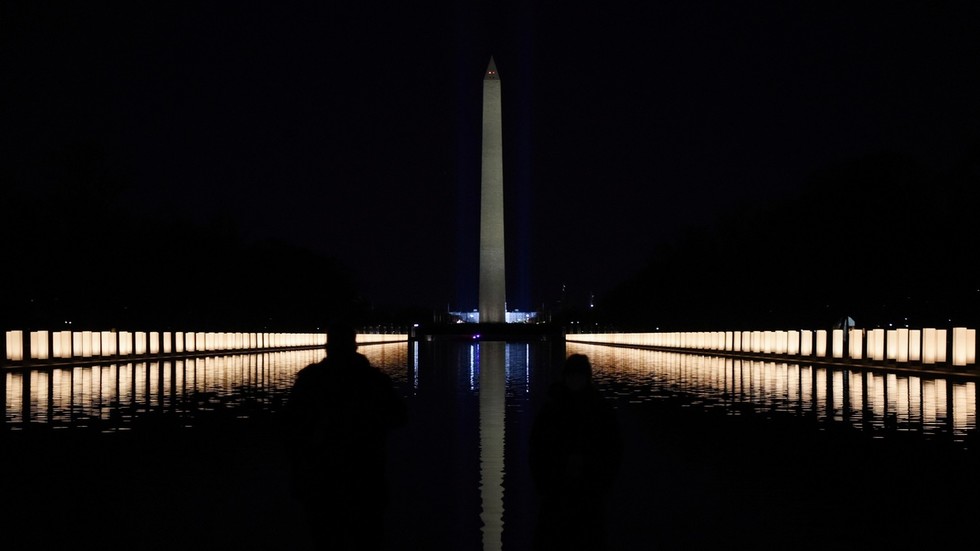 The US has passed 800,000 deaths attributed to Covid-19, doubling the toll from the time of President Donald Trump’s departure. However, President Joe Biden’s administration claims it has saved a million more lives with vaccines.

While the exact figures are difficult to pin down, the tally maintained by Johns Hopkins University in Baltimore on Wednesday showed the deaths of 802,014 Americans have been linked to the virus since the start of the pandemic. The same counter stood at 400,000 on the eve of Biden’s inauguration in January.

In a statement on Tuesday afternoon, Biden called 800,000 deaths a “tragic milestone,” before pivoting to a call for more vaccinations.

As we mark 800,000 American deaths due to COVID-19, we must remember all those we have lost — and pray for their loved ones, especially during this holiday season. Please, get vaccinated and get your booster. We will beat COVID-19 and move forward, together, as one nation.

“I urge all Americans: do your patriotic duty to keep our country safe, to protect yourself and those around you, and to honor the memory of all those we have lost,” he said.

AP described the death toll as “a once-unimaginable figure seen as doubly tragic” given the widespread availability of vaccines. The shots became widely available in mid-April, and the number of deaths reached 600,000 in June.


Coronavirus-linked deaths in the US actually exceeded those of 2020 by early October 2021. The tone of media reports about it was drastically different than during the Trump era, however, prompting some observers to attribute it to partisanship.

Last week, the Washington Post published an “analysis” arguing that Biden shouldn’t be blamed because most deaths happened in counties that voted for Trump.

The White House began Tuesday’s press briefing by bringing up a report that claimed that vaccination prevented 1,087,191 additional deaths, almost 36 million cases and ten million hospitalizations. The numbers, produced by the healthcare charity Commonwealth Fund, were based on a computer model “simulating the pandemic trajectory under the counterfactual scenario of no vaccination program.”