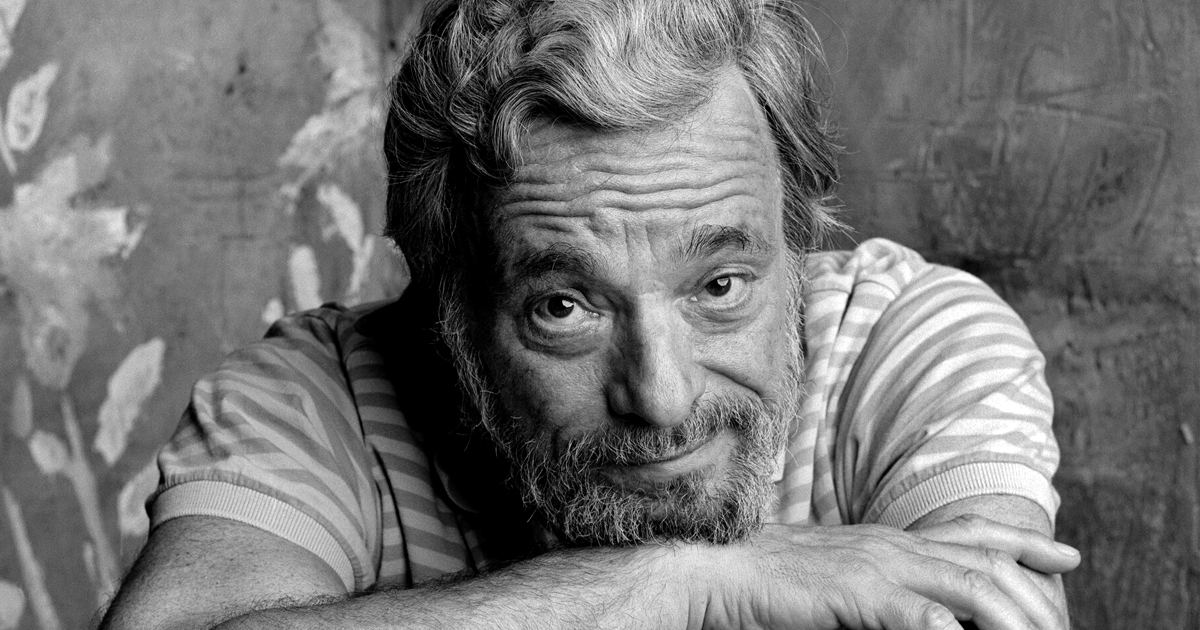 Stephen Sondheim, one of the legends of Broadway, has died at the age of 91. His lawyer and friend, F. Richard Pappas, announced Sondheim’s death earlier today, but a cause isn’t known at this time. It seems that Sondheim’s passing was sudden as he had celebrated Thanksgiving with a dinner with friends the day before.

Even if you’re not a follower of musical theater, it’s hard to ignore just how influential and ground-breaking Stephen Sondheim’s work has been. It’s been said that Stephen Sondheim “reinvented the American musical” throughout his career, and he’s one of the few major composers who also wrote lyrics for his own scores.

Stephen Sondheim caught the musical theatre bug early on and was fortunate enough to be mentored by Oscar Hammerstein II, the lyricist behind The Sound of Music, Oklahoma!, The King and I, and more. During an interview with the Academy of Achievement, Sondheim described how Hammerstein II gave him his first real critique and set him on the path.

I wrote a show at George School called By George, and it was all about local campus activities. I was 15. I thought it was so terrific I was sure that Rodgers and Hammerstein, who were producers as well as writers, would want to produce it immediately, and I would be the youngest songwriter on Broadway. I asked him (Oscar Hammerstein) if he would read it and he said sure, and so he called me the next day and I went over, and I said, “Now, you know, I want you to really treat this like a professional, as if you didn’t know me, as if it just crossed your desk.” And he said, “All right, in that case it’s the worst thing that ever crossed my desk.” And I was shocked, and he knew how disappointed I was, to put it mildly. He said, “Now I didn’t say it wasn’t talented,” he said, “but if you want to go through it, I’ll tell you what’s wrong with it.” And he started right from the first stage direction, and he treated me like an adult. He treated me as if I were a professional, and by the end of the afternoon I was on my way to being a professional.

After years of struggle, Sondheim found his first major success writing the lyrics for West Side Story and Gypsy: A Musical Fable. Sondheim went on to write and score A Funny Thing Happened on the Way to the Forum, Company, Follies, A Little Night Music, Sweeney Todd: The Demon Barber of Fleet Street, Sunday in the Park with George, Into the Woods, and more. Over the course of his long career, Sondheim won eight Tony Awards, eight Grammy Awards, a Pulitzer Prize, and an Academy Award, not to mention countless other nominations.

Over the decades, we’ve seen more than a few adaptations of Stephen Sondheim’s work on the big screen, including the classic 1961 version of West Side Story directed by Robert Wise and Jerome Robbins. There’s also Richard Lester’s A Funny Thing Happened on the Way to the Forum, Tim Burton’s Sweeney Todd: The Demon Barber of Fleet Street, Rob Marshall’s Into the Woods, and more. The latest adaptation of West Side Story comes courtesy of Steven Spielberg and will be hitting theaters next month. Richard Linklater is also working on an adaptation of Merrily We Roll Along which, similar to Boyhood, will shoot every couple of years to reflect the twenty-year span of the musical.