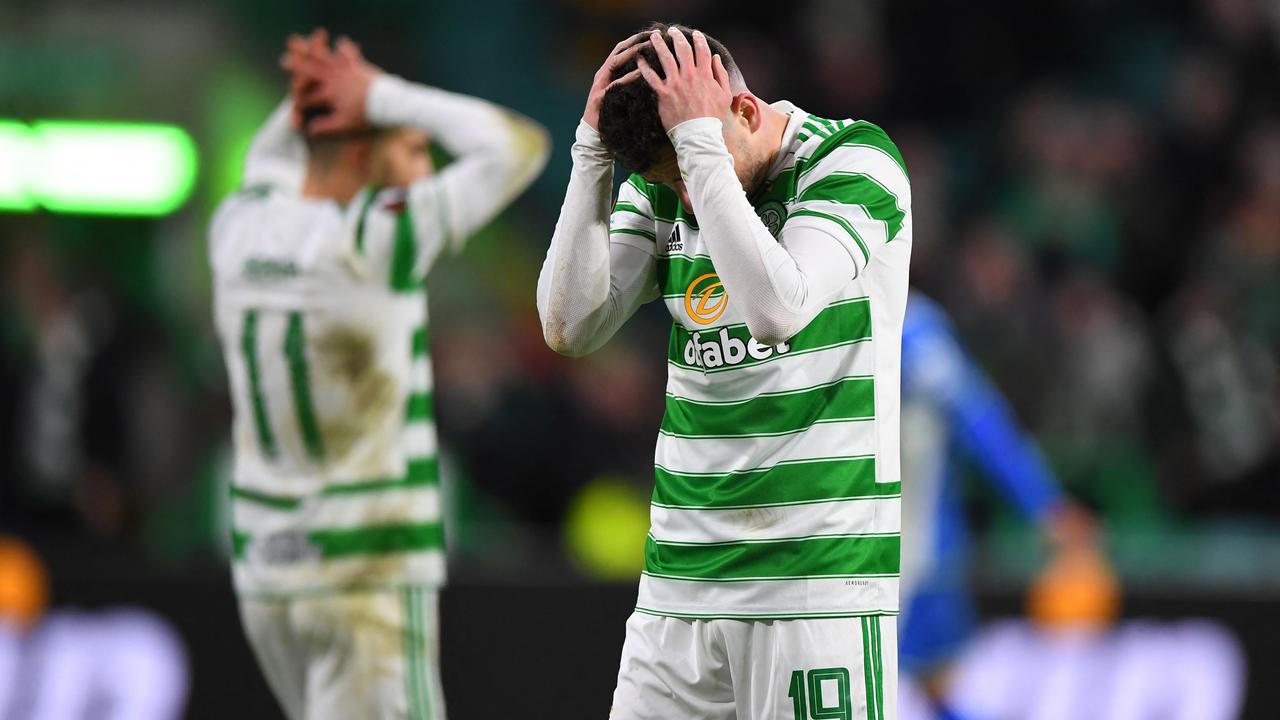 Australian mastermind Ange Postecoglou is facing an injury nightmare at Celtic after a dead rubber against Spanish side Real Betis in the Europa League turned into one of the wildest matches of the year.

Celtic eventually claimed a 3-2 victory after a wild nine-minute flurry saw four goals fly in, but there was also another strike ruled out for off-side, injuries aplenty, and a host of golden opportunities for both sides to score wasted.

The victory was Celtic’s fourth in a row, a measure of the improvement Postecoglou has wrought from his team in recent weeks. But an injury crisis threatens to derail their season at a crucial juncture.

Knowing his team could not progress into the knockout stages of the competition whatever the end result, Postecoglou changed his entire XI from the weekend’s victory over

With an average age of 23 years 10 months, it was one of the youngest Celtic sides to ever feature in European competition, and featured two debutants in Osaze Urhoghide and Liam Shaw.

Betis – third in Spain’s La Liga – also made a host of changes from their impressive victory over Barcelona on the weekend. But if the match was billed as a dead rubber, the second-string players ensured it was played with all the ferocity of a cup final.

Celtic’s central defender Stephen Welsh opened the scoring inside three minutes when he glanced in a header from a tight angle off a fiercely whipped Liel Abada corner.

But things quickly took a turn for the worst when maligned striker Albian Ajeti, who had worked hard in the opening minutes, went down with a hamstring injury in the 28th minute.

He had closed down Betis’ keeper Rui Silva with typical Postecoglou intensity, and blocked an attempted clearance that nearly rebounded into the net but instead found the side netting.

With Ajeti injured, Postecoglou was forced to call on talismanic Japanese striker Kyogo Furuhashi, a decision that would backfire spectacularly later on.

Paul Akouokou slammed the crossbar for Betis, one of a host of chances that came close as they dominated much of the first half.

The second half started in equally thrilling fashion. Urhoghide, playing in an unfamiliar right back position, struggled to get forward as much as Postecoglou would typically appreciate, but nearly earned a goal when a fizzed cross was wildly cleared back across goal by Ruibal.

Then came ten minutes of madness. In the 69th minute, Celtic keeper Scott Bain blocked a driven shot into his post, only for the ball to rebound back into his outstretched leg and deflect into the net in unfortunate fashion.

Moments later, Kyogo went down injured with an apparent hamstring injury in a huge setback for Celtic’s ambitions with a packed schedule ahead.

Kyogo was replaced by Ewan Henderson, who – mere seconds after emerging from the bench – tucked home a square ball from fellow substitute Mikey Johnston from close range to score with his first touch of the ball. It was his first goal for the club, and came just three minutes after Betis had levelled the scores.

The lead lasted less than two minutes before Borja Iglesias hit back, taking advantage of some poor Celtic defending.

Postecoglou’s men again responded nearly immediately when Abada won a penalty for being toppled in the box, with Turnbull tucking the ball into the left corner from the spot. That made it 3-2 in the 78th minute, less than nine minutes after Betis had levelled at 1-1.

More mayhem was to follow. Defenders Nir Bitton and Urhoghide came together in their own box in an ugly clash of heads and both went down heavily. Celtic were out of substitutions, which was likely the only reason the duo remained on the park given significant concussion fears.

Johnston soon put the ball in the back of the net to make it 4-2, only to have VAR rule it out for off-side. Then – during nine minutes of stoppage time – Willian Jose headed straight into the bar before Bain blocked the follow-up attempt, Celtic somehow surviving once again.

Celtic roared straight back down the other end of the pitch with a three-man breakaway, only for Johnston to pass it to the right when he had an unmarked attacker on his left with the goal at their mercy. A defender just recovered in time to intercept Johnston’s underhit pass as Celtic blew a chance to seal the game.

But somehow, after 100 minutes of breathless football, Celtic claimed victory against the tough Spanish opponents.

Despite the result, Celtic fail to progress in the Europa League and will now compete in the Conference League, the newly-minted third tier European competition.

Hamstring injuries to strike duo Liel Abada and Kyogo Furuhashi could easily see the duo miss a number of important games. The 26-year-old Furuhashi boasts 14 goals and five assists in just 24 appearances this season, including eight goals in 13 league games.

A despondent Postecoglou said about Furuhashi: “It’s not good. We’ll need to wait and see what the assessment is.

“We were maybe going to give Kyogo a bit less time tonight but obviously Albian also got a hamstring injury.

“We’re just going through a rough trot that never seems to end but we’ll cope. We’ve had a few injuries but the amount of games we’re playing is just ridiculous to be fair.

“We don’t have the squad to cope with it at the moment.”

With fellow star attacker Jota out until the new year with a hamstring injury of his own, and Greek striker Giorgios Giakoumakis suffering with a knee complaint, losing Kyogo could prove a hammer blow to Celtic’s hopes in upcoming weeks.

The injuries aren’t limited to the attack, with veteran fullback Tony Ralston also struggling with an ankle injury, having damaged the ligaments back in 2019. That was behind Urhoghide featuring at an unnatural right-side defensive role against Real Betis – only to suffer a concerning head knock that could rule him out of coming games.

The club currently sits second in the Scottish league but four points behind fierce rivals Rangers. And Postecoglou’s assessment of the fixture list being ‘ridiculous’ is understandable – the club still has six games this month, before a massive Old Firm derby against Rangers on January 2 (Australian time).

While that match could go a long way to deciding the outcome of the league this campaign, Celtic fans will also be heavily focused on the Scottish League Cup final on the 20th (2am Australian time). That clash against Socceroo Martin Boyle’s Hibernian – who have just sacked their coach following a run of poor results – represents Postecoglou’s first chance to get his hands on Scottish silverware.

After Celtic last season were humbled in the league and failed to reach the final of any competition, victory would be a monumental marker of success in Postecoglou’s debut campaign.

But Postecoglou will have to overcome a series of injuries to do it. Today, he proved that his second-string (and third string, in some cases) side could claim victory against a very good European opponent.

Using the full squad in the hectic period of seven games in the next three weeks could make or break Celtic’s season.