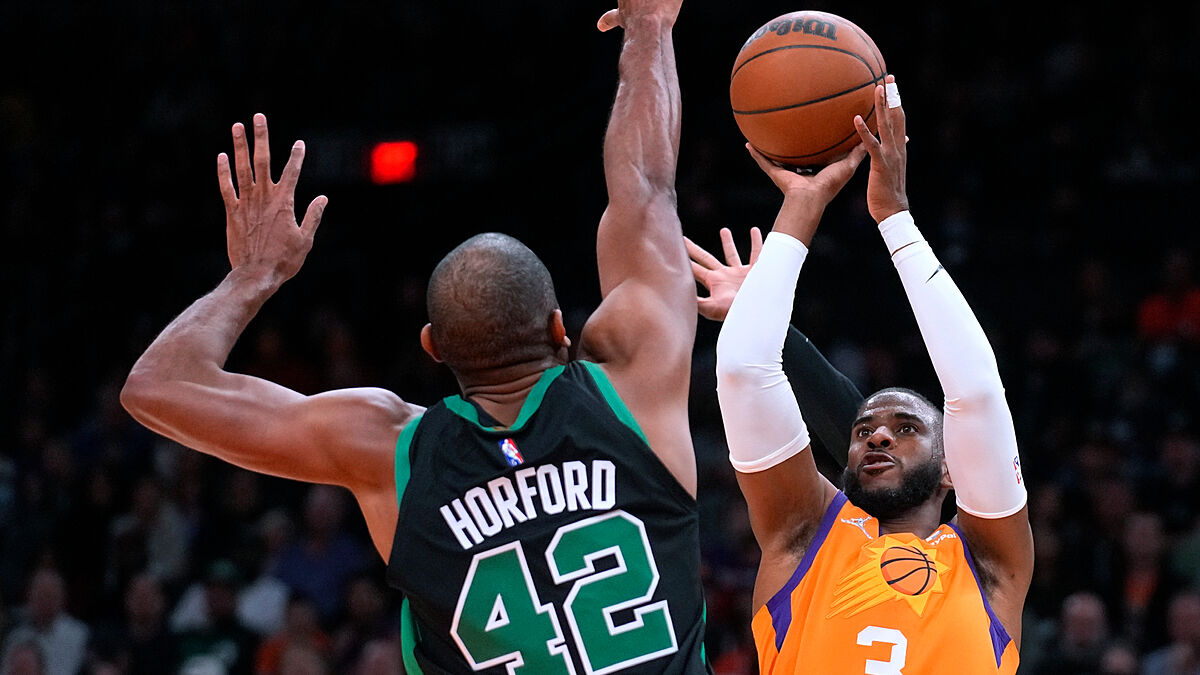 Despite losing that winning streak against the Golden State Warriors, Chris Paul and the Phoenix Suns proved they haven’t lost their mojo in tonight’s game against the Boston Celtics. We are talking about a team that has ups and downs but they can throw off when they need to. Jayson Tatum has been generally playing well but facing the best team in the league can be detrimental to any other team. Tonight at Talking Stick Resort Arena, Chris Paul led the Phoenix Suns to another dominating win that ended with him scoring 10 points but 12 assists. No Devin Booker this time around because he is still recovering frmo an injury. However, JaVale McGee did show up with 21 points and 15 rebounds.

But the most important aspect of this Suns team is the participation of every single player on the roster. A total of 7 players scored double digits this evening against the Boston Celtics. Paul and McGee were the outstanding performers but Cameron Payne wasn’t too far off with 17 points. Jayson Tatum had a prolific night but his teammates were too tame for this powerful Suns team. The Boston star dropped 24 and Dennis Schrder got 15. At the end of the game, the Suns won comfortably by 21 points with a final score of 111-90. It wasn’t the best night for these Celtics but the next gaem will give them a chance to pick themselves up.

What’s next for Suns and Celtics?

Tonight’s defeat left the Boston Celtics with a 13-14 record that left them in a compromised positions for their next game. On Monday, they will get a visit from Giannis and the Milwaukee Bucks. Phoenix Suns also have a complicated next game after two resting days when they visit Los Angeles to face the LA Clippers. Tonight’s victory moved them up to a 21-4 record. But if we are only looking at the stats of this team from Arizona, they are well on their way to their second straight season as the most dominant team in the NBA. Maybe they lost the championship last season but these Suns are hands down the team to beat.