“I’ve got someone trying to pin a bunch of murders on me…” “In broad daylight?” Another month, another Bruce Willis movie. Make it stop!! Saban + Paramount have revealed an official trailer for Gasoline Alley, another boring Los Angeles crime thriller rehashing the same plot for the 5000th time. Some people were found dead, the cops think it was this guy, he says he’s being framed. Yadda yadda. A man implicated in a triple homicide begins his own investigation. He enlists the two detectives on his tail in order to expose a conspiracy, or whatever. Starring Devon Sawa, Bruce Willis, and Luke Wilson, with Kat Foster, Sufe Bradshaw, Johnny Dowers, Kenny Wormald, Rick Salomon, Steve Eastin, Tracey “The Doc” Curry. This looks so bad. I wish Bruce would just stop making these, we really don’t need them anymore… 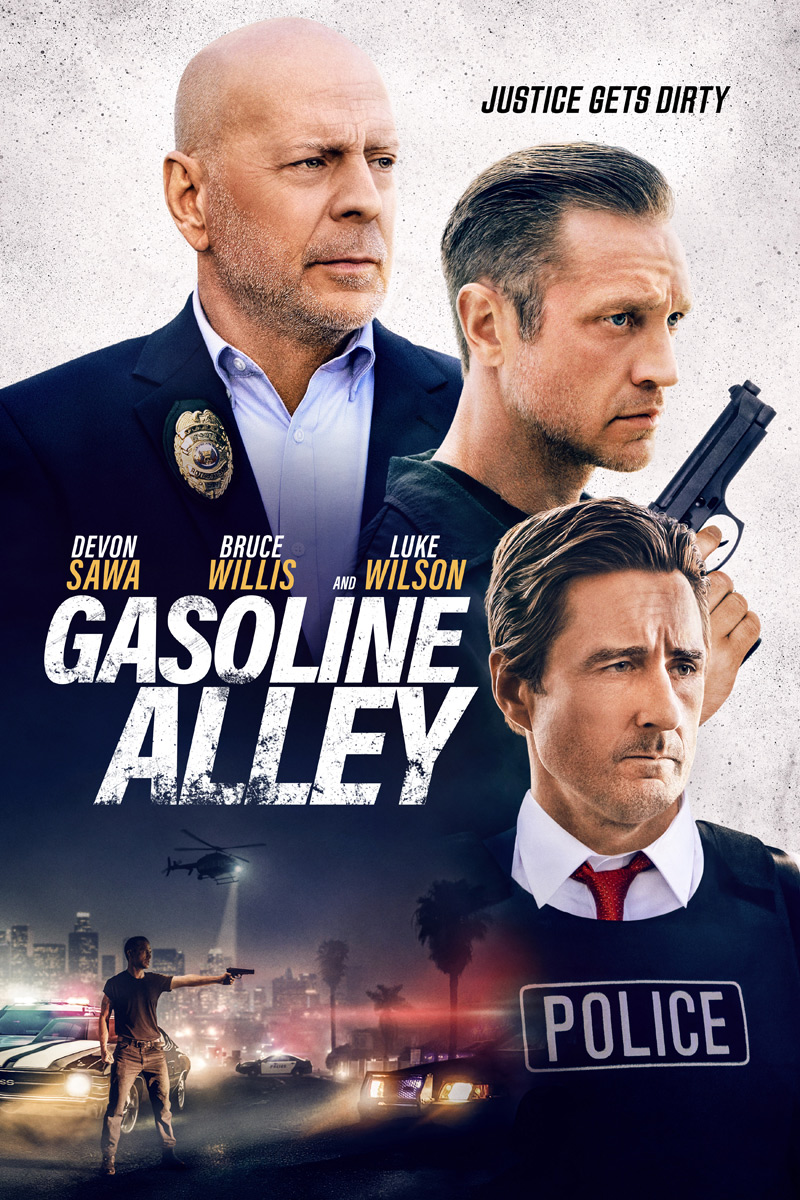 Bruce Willis, Luke Wilson and Devon Sawa star in the chilling story of a savage Hollywood murder set in present day Los Angeles. Jimmy Jayne (Sawa), a reformed ex-con, is the prime suspect who will stop at nothing to prove his innocence. Homicide detectives Freeman (Willis) and Vargas (Wilson) are close on his tail as Jimmy takes on his own investigation, risking his life in the dark underbelly of L.A. Gasoline Alley is directed by directed by Australian writer / filmmaker Edward Drake (aka Edward John Drake), director of the films Animals, Broil, Cosmic Sin, Apex, and American Siege previously, as well as shorts and other projects. The screenplay is written by Edward Drake and Tom Sierchio. Saban Films opens Drake’s Gasoline Alley in select US theaters + on VOD starting February 25th, 2022 this winter. Please don’t see this film.