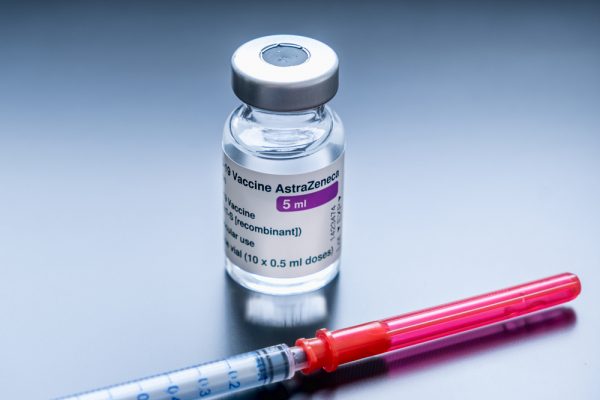 When Singapore embarked upon its strategy of living with COVID-19, backed by one of the world’s leading vaccine programs, the wealthy city-state saw a spike in its rate of infections, leading many to question whether the time was right.

But with the numbers now dropping as rapidly as they rose, there’s cautious optimism that the widely watched plan has helped Singapore turn the corner in the pandemic, even with the discovery of the new worrisome Omicron variant, and provide a better understanding of what is effective, and what isn’t.

“I guess now COVID seems like it’s just a normal flu to everybody,” said Glacier Chong, taking a break from shopping on Singapore’s popular Orchard Road to people-watch by a fountain and listen to the Christmas music being piped out of large speakers lining the street.

“Everybody is getting used to it; it seems like if you got COVID it’s the norm now. COVID seems like a curable disease.”

Part of that confidence comes from the numbers that Singapore has put up.

With 94 percent of its eligible population fully vaccinated and another 26 percent already with booster shots, even when the number of infected people started to rise, about 99 percent had no symptoms or only mild symptoms, meaning health care systems were under pressure but never overwhelmed. Deaths rose but remained low, and the majority were older people with underlying medical conditions, a disproportionate number of whom were unvaccinated.

Singapore was able to succeed in getting so many people vaccinated by ensuring there were few barriers to getting the shot, increasing difficulties for the unvaccinated — such as prohibiting them from dining in restaurants or going to malls — and a general confidence in the government and its approach, said Alex Cook, a specialist on infectious disease modelling and statistics at the National University of Singapore’s Saw Swee Hock School of Public Health.

Get briefed on the story of the week, and developing stories to watch across the Asia-Pacific.

“Perhaps the main lesson to draw from Singapore is to make it easy go get vaccinated, and hard not to be,” he said.

Early in the pandemic, the major Southeast Asian business and trade hub kept the spread of coronavirus cases to the single or low double-digits for nearly a year by imposing a hard-line “circuit-breaker” lockdown.

With its vaccination rollout in full swing, an aggressive testing and tracking regimen, and strict health and safety guidelines, the nation of 5.5 million felt confident as it embarked in August upon what it called a “transition journey to a COVID-19 resilient nation.”

It was part of a decision to start treating COVID-19 as an endemic disease, conceding that in the long-term reducing cases to zero would not be possible and that it was time to slowly allow people and businesses again to resume their normal lives.

In addition to a widely vaccinated population, Singapore calculated that its testing was comprehensive enough that it would be able to identify and isolate new outbreak clusters rapidly, and that its health care system had the capacity to deal with any more serious cases.

The highly transmissible Delta variant threw the plan a curveball, and the government in September again tightened some lockdown measures, such as reducing the group sizes for social gatherings and for dining in restaurants.

By the end of October, Singapore hit a 7-day rolling average of nearly 700 cases per million people, by far its worst rate of the entire pandemic.

This week it was down to 258 per million; still well above the worst peak at the start of the outbreak in 2020 but in a clear downward trend. In absolute figures, it peaked at more than 5,300 daily infections and is now below 1,000.

Deaths peaked at a 7-day rolling average of 2.57 per million people on November 10, and are now just above 1, according to Our World in Data.

By contrast, during its latest surge, neighboring Malaysia hit a peak in September of 12.71 deaths per million. It, too, has seen those numbers drastically fall and is now at about the same rate as Singapore, aided by a drive that now has nearly 80 percent of people fully vaccinated.

If there was a mistake made, Cook said it was to start allowing home-based isolation at the end of August for mild or asymptomatic patients, instead of in hospitals or dedicated facilities, just as cases were starting to rapidly climb. The intention was to alleviate pressure on the health care system, but it instead lead to the rapid spread of the virus in communities, he said.

“For future outbreaks of similarly dangerous viruses, countries should seriously consider the wisdom of allowing infected patients to recover at home, no matter how mild their symptoms,” he said.

Restrictions have since been relaxed again, but Prime Minister Lee Hsien Loong on Sunday said with the appearance of the Omicron variant, the easing may need to be rolled back, and said Singaporeans must be prepared for “more bumps along the way” as the virus evolves.

“We may well be forced to take a few steps back again, before we can take more steps forward,” he said. “But despite all this, I am confident that, eventually, we will find our way to living with the virus and safely resume all the things we love to do.”

For a start, Health Minister Ong Ye Kung announced Tuesday it would hold off on more reopening measures as it evaluates the Omicron variant, and increase testing of travelers and front-line workers.

The country went ahead Monday, however, with the partial reopening of the Causeway Bridge, connecting Singapore to the Malaysian Peninsula, which had been shut for nearly two years.

On Orchard Road, homemaker Lee Ching Yee said the emergence of the Omicron variant was a cause for worry because the youngest two of her three children have not yet been vaccinated.

Still, she decided it was safe enough for a quick shopping trip with her family to pick out a new Apple watch for her oldest, 12, as a reward for doing well on recent exams.

“We’re visiting the store then grabbing dinner outside, since we can eat in groups of five,” she said. “But we’re looking at somewhere that is al fresco for safety reasons. You have to balance things out.”

With such precautions and its high rate of vaccinations, Singapore is still well positioned to cope with the emergence of new variants, which are to be expected, Cook said.

“As long as vaccination still provides strong protection against severe disease, I would not expect the emergence of the new variant to lead to a fundamental rethink of the strategy to live with COVID,” he said.

Sitting with Glacier Chong at the fountain along Orchard Road, her boyfriend, Marcus Yeo, said he wasn’t too worried about the emergence of Omicron based on Singapore’s track record so far.

“This variant is still quite unknown to us,” he said. “But looking at how we have grown out from the Delta variant phase, I think we will be just fine.”