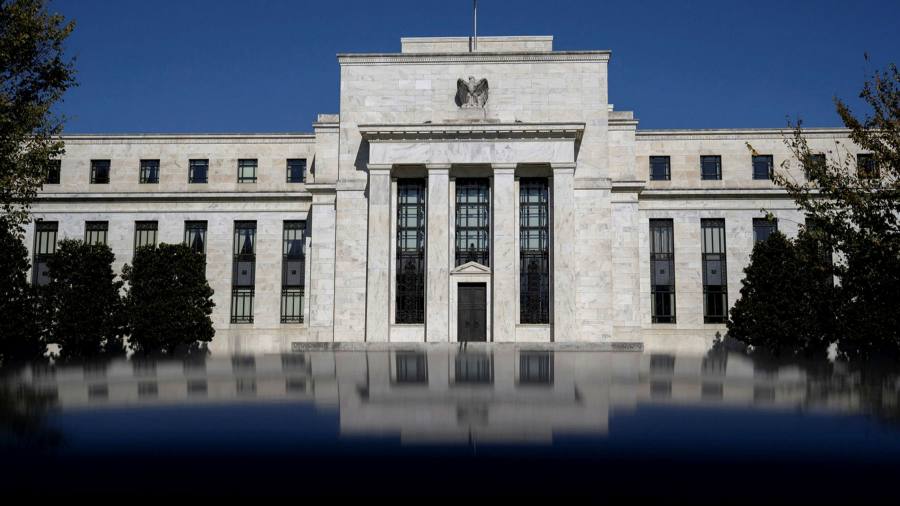 The dollar jumped on Tuesday to a five-year high against the Japanese yen as traders cranked up their bets on Federal Reserve interest rate rises, in a move that analysts say could herald broader gains for the US currency in 2022.

A 0.7 per cent rise for the dollar carried it above ¥116 for the first time since early 2017. The gains are a sign that fears over the Omicron coronavirus variant are ebbing in markets, leaving traders to focus on the outlook for monetary policy in the US and elsewhere, according to Lee Hardman, a currency analyst at MUFG.

“The scaling back of fears over Omicron disruption for the global economy has encouraged market participants to refocus on the prospect of major central banks tightening policy in the year ahead,” Hardman said. Given the Bank of Japan is widely expected to keep rates on hold for the foreseeable future, it is “not surprising” to see a rise in US bond yields this week lift the dollar against the yen, he added.

The euro also lost ground against the dollar in the first days of the new year, falling 0.8 per cent to $1.128, although it remains above its November low of just below $1.12.

Data from the Commodity Futures Trading Commission show that investors are positioned for further gains for the greenback against both the euro and the yen — a contrast with the market consensus for much of 2021, when there were sizeable bets against the dollar.

“The market has completely changed its mind,” said Jane Foley, head of currency strategy at Rabobank. “People were caught short when the Fed kicked off the conversation about 2022 rate hikes back in June, and that reversal was cemented in December.”

Officials at the US central bank indicated at their policy meeting last month that they expect to raise rates three times this year, in a bid to tame high inflation. A sell-off in US government bonds on Monday, which pushed US two-year Treasury yields to their highest level since the start of the pandemic, suggested that investors were coming around to the same view — with roughly three increases priced for 2022.

Given the pace of US inflation, which shot to a 30-year high in November, the Fed may end up moving faster — further boosting the dollar — according to Athanasios Vamvakidis, head of G10 foreign exchange strategy at Bank of America.

“We think the market is not pricing enough for the Fed,” he said. “Global growth usually means a weaker dollar, but instead we have this uneven recovery and overheating US economy.”

So far, the prospect of higher borrowing costs has done nothing to derail the rally in risky assets like stocks. But if it does, nervous investors are likely to flee to the relative safety of the dollar, Vamvakidis said. “That’s not our base case, but a risk-off move means even more upside for the dollar,” he added.

Although the surge in inflation has also affected economies outside the US — notably the euro area — a lower starting point and a record of more sluggish price rises means the European Central Bank is likely to tighten policy more slowly, investors argue.

“Other central banks around the globe probably won’t be able to match the tightening the Federal Reserve is set to deliver,” said Jonathan Baltora, head of FX at Axa Investment Managers. “Inflation is just a much bigger problem in the US — it’s only the UK that is possibly facing something similar.”