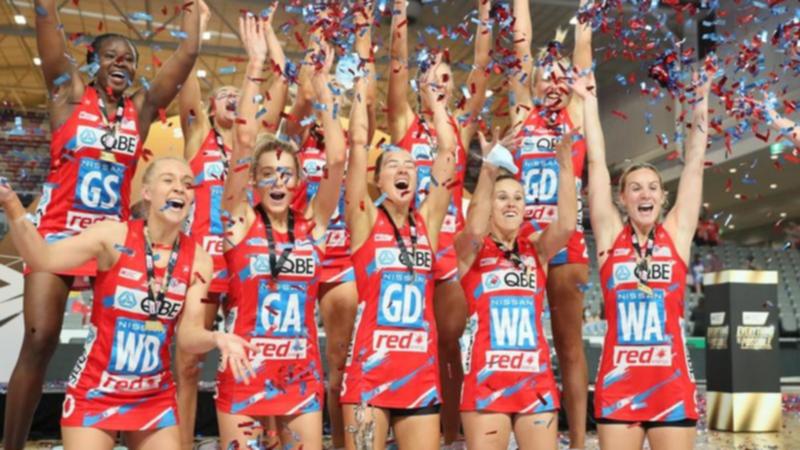 A grand final rematch between premiers NSW Swifts and the Giants under lights at Ken Rosewall Arena will headline round one of the 2022 Super Netball season.

New Saturday timeslots and the broadcasting of every game live on Fox Sports are other key aspects of the fixture list.

The season will start on Saturday, March 26 with the Adelaide Thunderbirds hosting the Magpies before the Swifts and Giants do battle in the grand final rematch.

The Swifts beat the Giants 63-59 in last season’s decider.

The 14-round home-and-away season will be followed by a three-week finals series starting on June 18.

The grand final will be held on Saturday, July 2.

The introduction of later Saturday timeslots (5pm AEST and 7pm AEST) has been designed to ensure community netball participants can attend more matches.

Mid-week matches will also return for rounds four and 10.

The new season marks the start of the league’s new five-year broadcast deal with the Foxtel group.

As well as every match being broadcast live on Fox Sports, all Tuesday, Sunday, and finals games will be televised live and free on Kayo Freebies.

First Nations Round, previously known as Indigenous Round, will be held across rounds 12 and 13.

It has been renamed to embrace the diversity of First Nations cultures, people, and identities of Australia.

The round 14 matches between the NSW and Queensland teams will align with the NRL’s State of Origin to add some extra cross-border spice.

The Melbourne Derby between the Vixens and Collingwood has cemented its spot in the Queen’s Birthday public holiday.

The Pride match between the Magpies and Queensland Firebirds will also return in 2022.

With WA’s border opening on February 5, West Coast Fever have been awarded their full entitlement of seven home games in Perth.

But the Fever face a tough start to the season, with five of their first seven games away from home.

The sixth season of Super Netball will be key preparation for Australia’s best players heading into the 2022 Commonwealth Games, which begins on July 28.