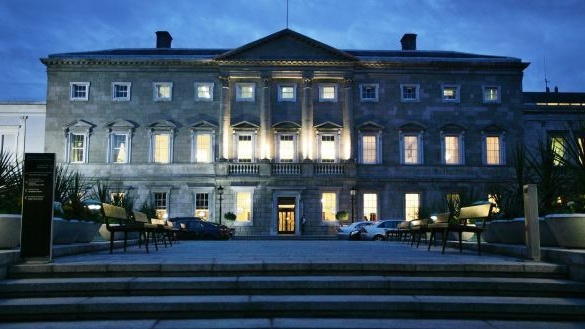 Government backbenchers have urged Cabinet not to accept the 5pm curfew for pubs and restaurants proposed by the National Public Health Emergency Team (Nphet).

However they said they would support Government in its decision.

Senior sources said the proposed closing time could be extended until 9 or 10pm, but stressed this would depend on the outcome of discussions between the party leaders and views expressed the Cabinet when it meets later in the afternoon.

Government deputy chief whip Brendan Griffin said the proposal as it has been floated “has caused enormous worry and stress to so many people and is an insult to our business people and workers in hospitality.

“After nearly two years of this, the vast majority of people know how to reduce risk and stay safe.”

Former Government minister Willie O’Dea questioned the logic of closing pubs and restaurants at at 5pm and “pushing everybody towards house parties? This #Nphet advice would be devastating for these businesses.”

Former minister for agriculture Barry Cowen of Fianna Fáil proposed an alternative time of between 9 and 10pm with a weekly review of Covid-19 figures.

He recommended a ramp up of boosters with updated Covid certs for entrance to all indoor events.

He tweeted: “People open to compromise not confrontation in interest of public health.”

Earlier, Fianna Fáil Seanad leader Senator Lisa Chambers said there was unanimous agreement among colleagues of all parties that the Government should not accept the 5pm curfew for pubs and restaurants.

Ms Chambers said she has never seen such opposition across the political spectrum for any proposed public health measure and she urged the Cabinet to reject the proposals by Nphet.

There has been a furious backlash against the proposals from some Government TDs and senators.

Ms Chambers said the proposals amounted to “game over” for rural pubs, which tend not to open until the evening time.

She said most of her Seanad colleges thought the Nphet proposals were “ridiculous and crazy” and would only serve to force people to socialise at home in an unregulated environment.

“The feeling is that it is not a logical or reasonable suggestion. It doesn’t make sense. What does 5pm mean? Why cut off at 5pm? At least in a pub or restaurant you are being asked for your Covid certs. Anybody I have spoken to is quite taken aback by the 5pm closing time.

“The Seanad is sitting this morning. I have not met one senator who thinks this is a reasonable recommendation or a good idea.

“I know there is huge pressure on my Government colleagues in Cabinet trying to make these decisions. I am asking them to think carefully about the impact of small rural businesses.

“It seems like a really draconian measure that will have no impact on numbers. Anecdotally, I know people are going to socialise over the Christmas somewhere. If they do it at home, nobody is checking Covid certs. It is a much safer environment in the pubs or restaurants.”

Fianna Fáil Senator Malcolm Byrne tweeted: “I am totally opposed to the #Nphet proposal for a 5pm closing time. It will simply lead to an increase in house parties.”

Seanad leader and former Government minister Regina Doherty of Fine Gael added her voice in opposition: “If Nphet are really saying that two double vaccinated and boosted people can’t have a pizza and a pint after 5pm then I give up.”

Sligo-Leitrim TD Marc MacSharry, who is no longer in Fianna Fáil, who has been a persistent critic of Government policy in relation to restrictions described the proposed Nphet restrictions as “bananas”.

He tweeted: “Who runs this country? Look at HPSC data. Bananas. The spread is in households, schools and residential settings. Managed settings – ie play centres bowling alleys cafes bars and restaurants should be encouraged over private homes.”

However, Tánaiste Leo Varadkar has tweeted that “we’re all feeling anger, frustration, dismay, depression but that cannot deflect us from making the right decisions to keep our people safe.”