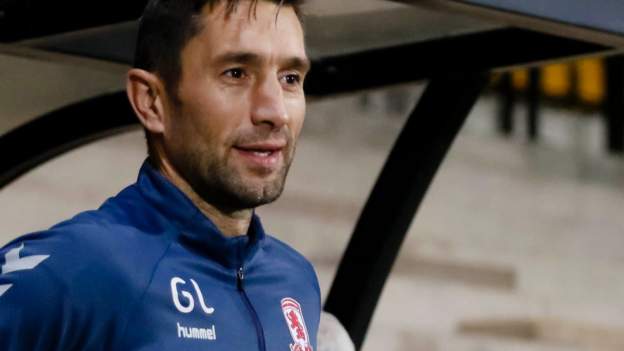 Lee, 43, started his career with Pools and made 225 league appearances before joining Sheffield Wednesday in 2003.

He has left his position as Middlesbrough’s under-23s coach to take over at the League Two side after Dave Challinor left for Stockport last month.

Lee’s first game in charge will be Saturday’s trip to Lincoln City in the FA Cup second round.

He will be assisted by fellow former Hartlepool defender Michael Nelson.

“It was always the view that we wanted to appoint a manager and coaching team that was modern in their approach, with the capability to build on foundations that have been put in place over recent years,” Hartlepool chairman Raj Singh told the club website.

“Graeme joins us from Middlesbrough FC where has amassed a wealth of experience over a 10-year period and alongside Michael Nelson we believe we have two very forward thinking coaches that are also strong and capable characters to lead the players and club forward.

“Graeme and Michael also know this level of football remarkably well having captained various sides in the Football league, they are natural leaders and both have a deep connection with our club having played nearly 500 games for Hartlepool United between them.”

Challinor led the Victoria Park side back to League Two last season but left to take over at National League Stockport in November.

Pools have lost their past five league matches, including the past four under caretaker Tony Sweeney who will take charge of the team for the last time when they play Sheffield Wednesday in the EFL Trophy on Wednesday.