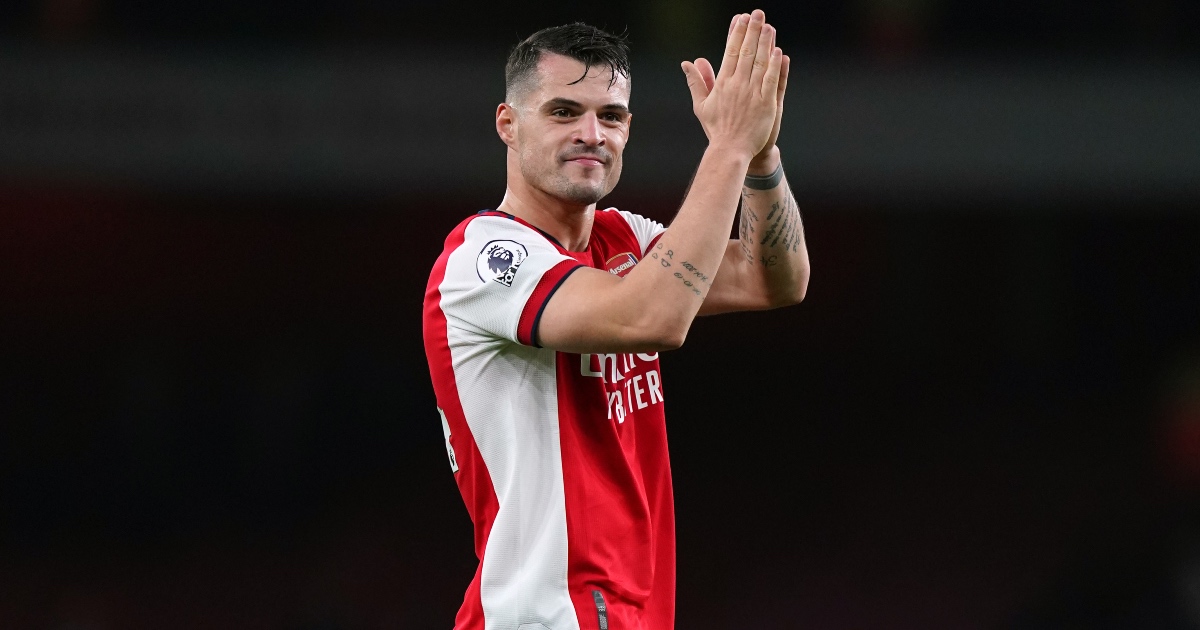 The striker is no longer skipper for the north London side following a breach of discipline. Manager Mikel Arteta has also left him out for Arsenal’s last two matches.

Arsenal ran out 2-0 winners at the Emirates thanks to goals from youngsters Gabriel Martinelli and Emile Smith Rowe.

Martinelli put them in front with 48 minutes gone before Smith Rowe came off the bench to give them a two-goal cushion.

Aubameyang’s replacement, Alexandre Lacazette, had a penalty saved by former Arsenal man Lukasz Fabianski. But Arsenal did not suffer as they picked up a fairly comfortable win.

Xhaka played the full game and is now urging his team-mates to step up and be counted for. “We have a lot of young players, and you can see the hunger in them,” he said.

“But as well, the experienced players like me, like Thomas (Partey) for example in the middle, we have to take them to the side, we have to speak with them.

“They are making our life very easy, because they are playing very good. They are scoring and we are enjoying playing with them.

“But, of course, we need the leaders in the team and at the moment we are doing well.”

Arsenal players believe in themselves – Xhaka

The victory put Arsenal in fourth spot for the first time in 14 months, and Xhaka reckons they can keep it.

“Of course, if not we don’t need to go on the pitch,” he added. “At the moment we are very strong, very solid. We are not conceding a lot of goals and we believe in ourselves.

“We know we have to improve, and the important thing is to go game by game. We won today, but it is so far, we have a long season in front of us and we have to do it game by game.”

Arsenal’s next match is an away trip to Leeds on Saturday at 17:30.

Meanwhile, Arsenal legend Martin Keown has lauded Martinelli and Smith Rowe after their goals against the Hammers.

“In view of the backdrop, the manager taking the captaincy away from Aubameyang, the team showed it didn’t affect them at all in their performance,” he told BT Sport.

“The youngsters, again, leading from the front. Martinelli, a player I just love watching. I just believe in what he does. The pace for that goal was outstanding.

“And then Smith Rowe off the bench again, I think that’s a message. He’s telling Arteta ‘I want to start, I want to play’.

“So, there’s good competition for places. That’s a really professional performance from those Arsenal players. First-class.”