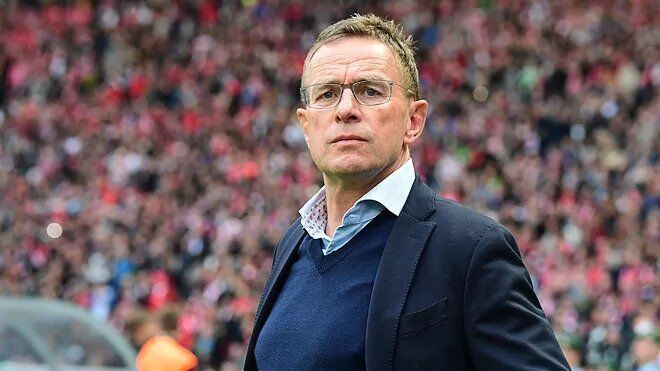 With Ralf Rangnick set to be appointed Manchester United‘s interim coach until the end of the season, former Tottenham coach Harry Redknapp is bewildered by the decision.

The English coach believes that the Red Devils should have stuck with current coach Michael Carrick, who led the team to victory over Villarreal in his coaching debut in midweek.

“Michael Carrick is one of the most intelligent footballers I know, so really didn’t need telling he wasn’t going to be Manchester United’s next manager,” Redknapp wrote in a column for The Sun.

“But the fact United have brought in Ralf Rangnick as an interim to replace the interim, before they get the man they really want, is ridiculous.”

“I’ve never heard anything so stupid in my life, whichever way you look at it.

Carrick was put in charge following the dismissal of Ole Gunnar Solskjaer but is now expected to step back after facing Chelsea on Sunday as Rangnick arrives.

Redknapp worked alongside Carrick when the midfielder was still in action on the pitch, and clearly has an affinity for his former player.

“They shouldn’t have pushed Michael aside and put someone above him for a few months. What does that say? We’ve got no faith in you?” Redknapp continued.

“I know Carrick very well. I took him to West Ham when he was 12 and was about an hour away from signing him for Portsmouth, too, but I’ll come back to that.

“The thing is, he knows United inside out. He’s got a great footballing brain – you don’t play the game how he did unless you understand it.

“If they needed to bring in anyone before a manager was appointed, then get a coach alongside him, because they were a man down after Ole Gunnar Solskjaer left.

“They should have just gone for someone experienced, but let Michael run the show until then.

“He wouldn’t be the first to get a chance and then, who knows, possibly go on to be a great manager himself.”

Carrick is expected to remain at the club to form part of Rangnick’s coaching set-up just as he did under Solskjaer since his retirement.