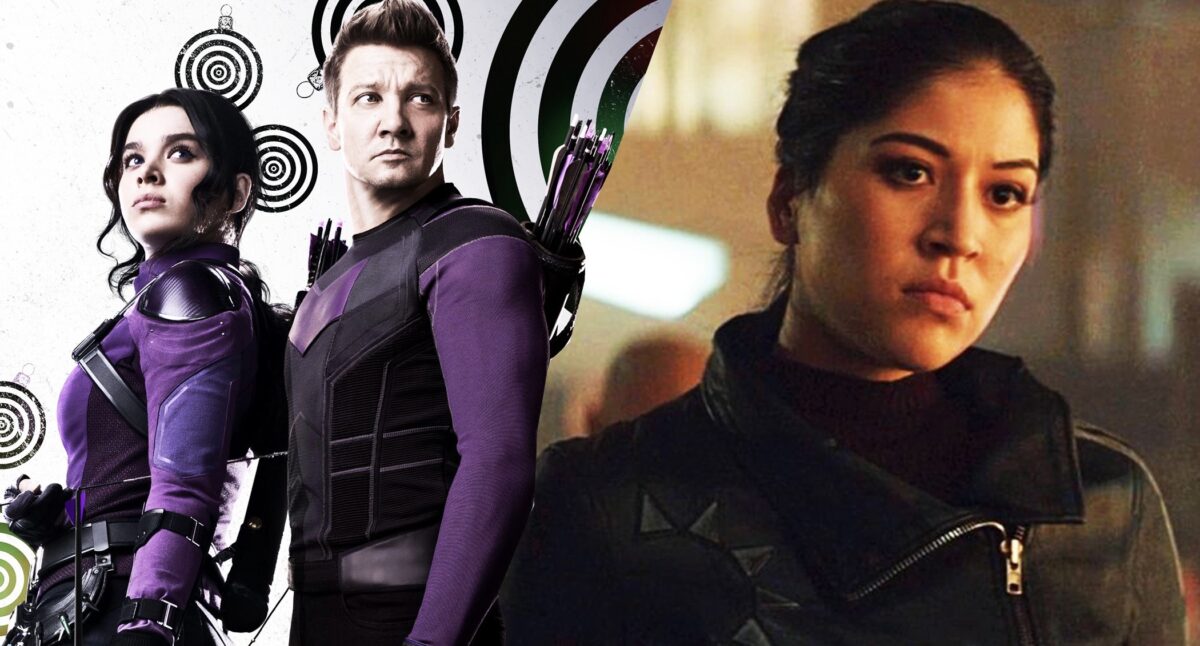 Disney+’s Hawkeye could be giving fans something they have wanted since Netflix’s Daredevil ended prematurely after three seasons. The character of Maya Lopez, aka Echo (Alaqua Cox), was introduced in the third episode of the series after being teased at the end of episode 2, and her ties to another Marvel villain are well known amongst comic book fans.

Echo’s backstory is explored in episode 3 of Hawkeye and we learn that her father was a member of the tracksuit mafia and was killed by Clint (Jeremy Renner) while Clint was masquerading as Ronin. Her relationship with her father was hugely important to Echo but it’s her mysterious “uncle” that has intrigued that know her backstory from the comics. We only get to see a dark suit as this “uncle” pinches her cheek at martial arts practice in a flashback. Fans are hog that this tease with the “uncle” proves to follow the comics fully and he will be revealed to be none other than Wilson”Kingpin” Fisk. This likely won’t be just any version of the character and it should prove to be true that Vincent D’Onofrio will be reprising the role that he played to perfection on Netflix’s Daredevil.

Maya is Fisk’s adopted daughter in the comics so it would make perfect sense for him to be the mysterious “uncle” that was teased in episode 3. The greater picture is that if it turns out that D’Onofrio’s Fisk is being brought in, then the way is clear to open the MCU gates to Charlie Cox returning as Matt Murdock, aka Daredevil. He has been rumored to be appearing in Spider-Man: No Way Home for months now but we still don’t have an official confirmation on that. Let’s hope that Hawkeye makes good on this tease and doesn’t disappoint us with a trick arrow and an awful bait and switch.

Do YOU think Vincent D’Onofrio is returning as Kingpin?