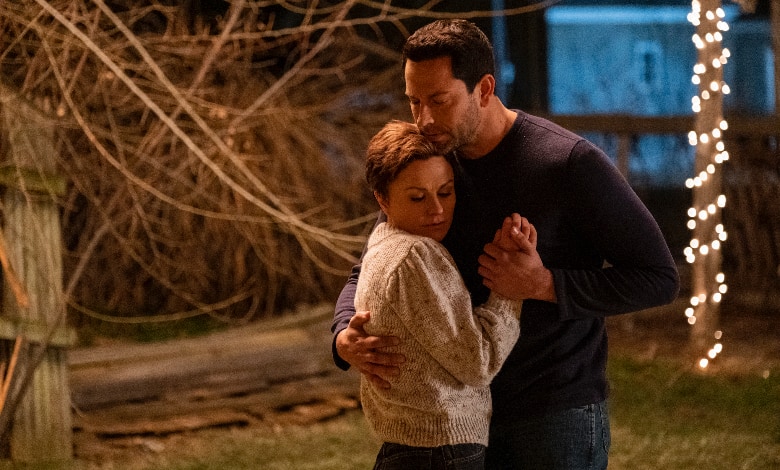 Did it matter that their ascent was fresh in mind for most viewers? Of course not. Their story captivated the nation, and “King Richard” shrewdly let their heroics shine.

The same holds true for “American Underdog,” the shocking tale of a grocery store clerk who never stopped dreaming of an NFL career. Hall of Fame quarterback Kurt Warner did much more than that, we now know, but his biopic puts the focus where it belongs.

Sure, those gridiron heroics are here, but it’s how Warner grew into a man, not merely a gridiron great, that matters.

Zachary Levi is Kurt, a kid who barely knew his father but bonded with the old man in one key area.

It explains why the strapping teen clung to the sport, long after he should have rightly given up thoughts of a professional career. Sure, he had a cannon for an arm, but he lacked the intangibles that make NFL scouts drool.

He brought that same stubbornness to his love life, especially after meeting a punk-haired gal in a honky tonk. Anna Paquin plays Brenda, a divorced mother of two with a special needs child.

Go away, she told him. I’m no good for you. Kurt begged to differ.

“As long as I have a football in my hands I feel alive, kinda like how I feel right now.” AMERICAN UNDERDOG is coming to theatres everywhere Christmas Day. @MongrelMedia @ZacharyLevi @AnnaPaquin pic.twitter.com/5fiXiKbUzR

“American Underdog” doesn’t reinvent the sports drama. Instead, the screenplay infuses it with so much heart you’ll think the genre moments are suddenly happening before you in real time.

Levi occasionally plays up that long, wide-eyed stare when the odds seem impossible, but he captures Kurt’s implacable spirit, self doubt and physicality.

His aching heart, not his character’s arm, powers the film.

Dennis Quaid enters the saga later as Coach Dick Vermeil, offering a fatherly presence Kurt lacked for far too long. They should have had more screen time together, but the movie’s efficient running time might have taken a hit in the process.

The film delivers the expected reaction shots during the big game. It seems criminal to omit them entirely in a sports drama, but by the third act you’re as invested as the supporting players.

If “American Underdog” feels too perfect to be true, think again. The story’s core beats are part of the Kurt Warner legend.

It’s how low Kurt sank during those hardships, and how close he came to losing it all, that leaves a mark far greater than any Hail Mary pass.

The movie’s strong supporting cast only heightens the drama, from the reliable Adam Baldwin as Kurt’s college coach to Chance Kelly playing the offensive coordinator who gave Kurt fits.

Directors Jon and Andy Erwin, known for their faith-kissed storytelling (“I Can Only Imagine”), dial down the spirituality this time ’round. Faith plays a supporting role in the Kurt Warner saga, both on and off screen. The biopic laser focuses on family.

Maybe the sports genre template was overdue for a makeover.

HiT or Miss: Need some cinematic uplift, stat? You can’t go wrong with “American Underdog,” a beautifully crafted tale of a soul who refused to give up.