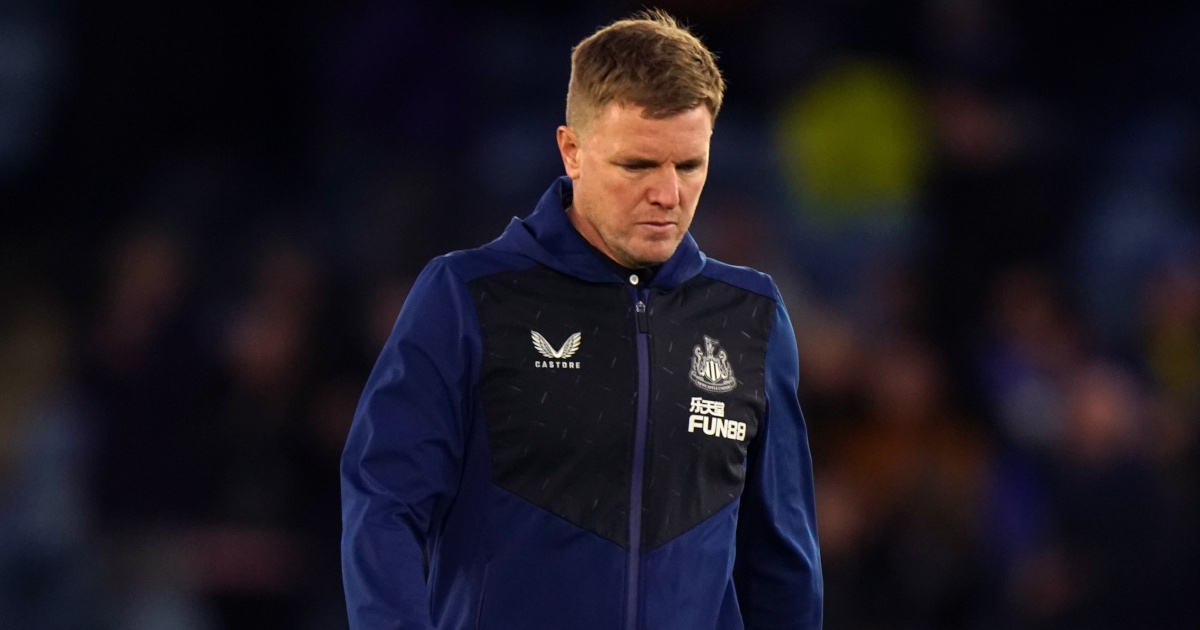 Eddie Howe has remained tight-lipped about Newcastle United’s January transfers with three concerns for the head coach to contend with.

Howe was brought in to focus on football and not recruitment, hence his job title. He may be privy to what is going on behind the scenes, but the Englishman is not disclosing any details of plans for the winter window.

Speaking ahead of a trip to Liverpool on Thursday, he said: “Wait and see, I can’t give you promises on that at the moment.

“As I’ve said before, there’s people above me who are working and looking at that. My focus is the team. A lot of games coming up and that is where it has to be.

“But we’ll wait and see. January, as I said many many times, is notoriously difficult to predict and to have a clear plan at this moment is still virtually impossible because there’s twists and turns to come.

“The group of players we have here is my and has been my main focus, will continue to be my main focus because as you say, getting the best out of every single one of those players is the key to us staying up.”

Chelsea’s Jorginho still the penalty king but which players are threatening his reign?

Not only is the Magpies‘ form a worry, but the recent rise in positive Covid-19 cases in the Premier League has also presented potential issues.

And the prospect of the relegation-threatened club losing their home backing if crowds are limited scares Howe.

He added: “It would certainly be a concern if that happened for us, because the power of our home supporters is well renowned.

“From my perspective, we wouldn’t want that in any way. But of course, we have to respect the health of everyone coming to matches and make sure everyone stays fit and healthy.

“It is a very delicate balance for the Premier League. But everyone connected to football does not want to go back to where we were during lockdown.”

In addition, the need to consider the vaccine status of potential signings is also on Howe’s mind.

“It is certainly something we will be considering,” he said. “We take vaccination status very seriously and are in regular dialogue with all players about educating them.”

On the pitch, Newcastle are faced with a major task in their next three games.

The midweek game at Anfield is followed by back-to-back home games against both Manchester clubs.

Howe continued: “Yes, we’re playing some superb teams in the next few weeks. But we have to look at ourselves first and foremost and deliver our game to the very highest level.

“The confidence has to come from your work and your preparation. The only place it can come from is the training ground and making sure the players leave the training pitch confident in what I’m asking them to do.

“We’ve got a vastly experienced squad in many ways. Every player knows that our results are dictated by ourselves and not the opposition.”