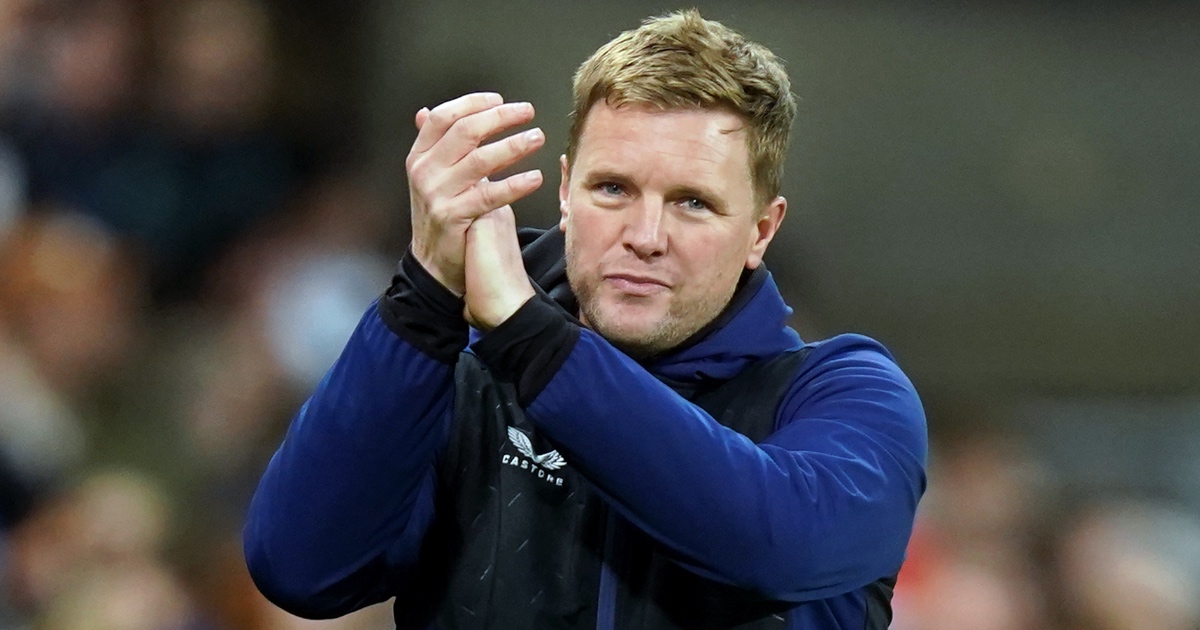 Newcastle boss Eddie Howe has revealed one trait which impressed him the most during their 1-1 draw with relegation rivals Norwich City.

The Magpies looked set for a long evening when Ciaran Clark was sent off inside ten minutes. The defender had pulled down Norwich striker Teemu Pukki when acting as the last man.

But the hosts stayed in the game and went on to have the better chances in the first half. Forwards Joelinton and Callum Wilson both should have done better with their first-time opportunities.

Newcastle were given a penalty when Federico Fernandez’s header hit the raised arm of Billy Gilmour in the box. Wilson dispatched of the resultant spot-kick, sending the home crowd wild.

But it was not be as Pukki smashed home a left-footed volley with 11 minutes on the clock. Substitute Pierre Lees-Melou even had a late chance to win it for the Canaries, only to see his tame effort saved by Martin Dubravka.

During a post-match interview with Amazon Prime (via BBC Sport), Howe said: “We had a mountain to climb so early in the game. We started brightly 11 v 11. The sending-off has a huge bearing on the match.

“Full credit to the players for how they responded. There were some great individual performances. I’m so disappointed for everyone connected with the club we couldn’t get over the line.”

Newcastle have been criticised for their defensive frailty in recent weeks. Indeed, they have conceded more goals than any other team up to this point, with 30.

But when asked about the most impressive factor in the home draw, Howe said: “[Our] defensive resilience. 11 v 10 for 80 minutes. We defended really well. Norwich made it difficult for us but our midfield coped.

“If we deliver the mentality we showed with 10 men v 11 on a regular basis, we’ll win games. No doubt about that.

“The players have had some hard knocks this season and another one tonight with the red card.

“We just have to dust ourselves down, reflect on tonight and then go to Burnley.”

Ralf Rangnick’s 18 games in charge against Klopp, Tuchel and the wildly contrasting statistics

During a separate post-match interview with Amazon Prime, goalscorer Wilson said: “Difficult. Frustrating. We knew how big the game was. At 11 v 11 I think we’d win. Mistakes happen in football. We’re not going to dig anyone out.”

When asked if he thought his goal would be the winner, the striker added: “I did. We limited them to minimal clear-cut chances. It can be difficult for the team with the extra body sometimes.

“Kept the door shut until the end but it’s a great finish. We can’t feel sorry for ourselves, we pick ourselves up.

“We played football and controlled the game for parts of it. It’s difficult to pick up different bits and bobs because we’re outnumbered. We had spells without the ball.”