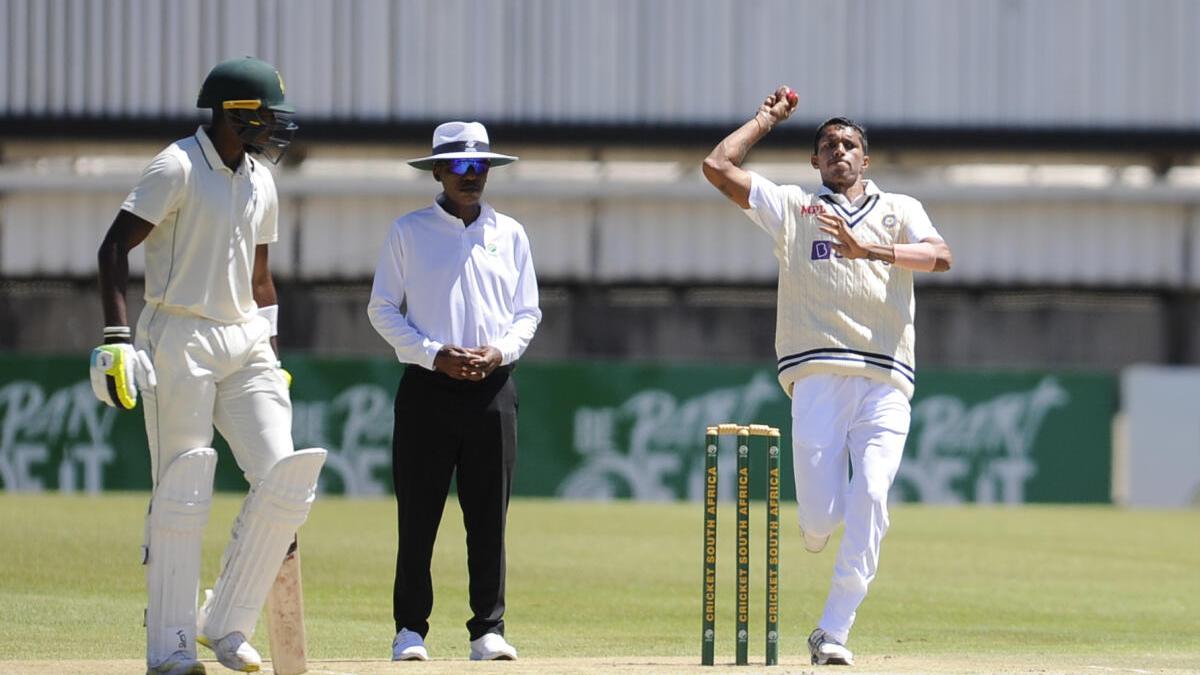 India A fast bowler Navdeep Saini snapped three wickets but South Africa A still managed to score 249 for seven on the opening day of the third unofficial Test on Monday.

Opting to bat, South Africa A rode on a fifty each from opener Sarel Erwee (75) and middle-order duo of Tony de Zorki (58) and Khaya Zondo (56).

Saini, who has been impressive in the series with seven wickets so far, gave India A an early breakthrough, dismissing rival skipper Malan (0) in the sixth over, while Saurabh sent back Zubayr Hamza (16) cheaply to reduce the home side to 44 for 2.


However, Erwee and Tony took South Africa A past the 150-mark before the latter was run out by substitute Upendra Yadav.

Saini then picked up two quick wickets, getting rid of Erwee and Senuram Muthusamy (0) to leave the host at 187 for 5 in 65.2 overs.

Khaya Zondo then took the onus and shared a fruitful partnership with Sinethamba Qeshile (22).