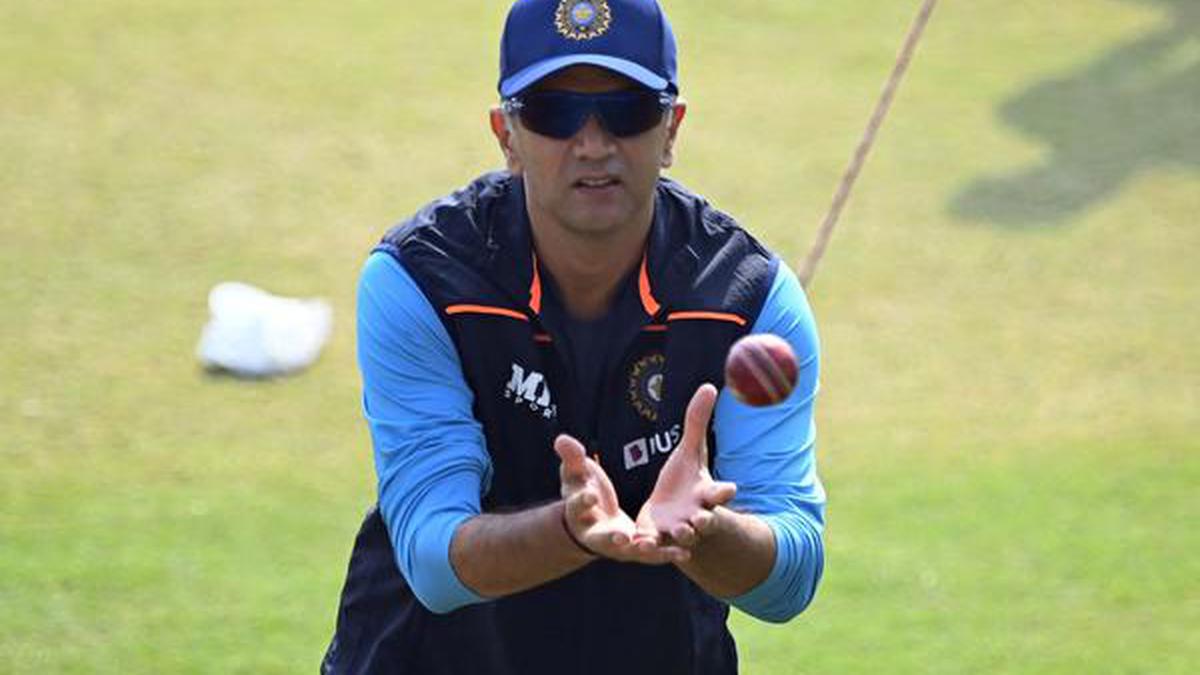 India head coach Rahul Dravid believes in putting in place processes for long-term success, surely an aim of the new team management led by him, but what is yet to be seen is his approach to day-to-day decision-making that determines his imprint. After three T20Is and two Tests between India and New Zealand no precisely outlined theme emerges, but there were small hints about what the future could look like under his reign.

India’s near-win after five absorbing days in Kanpur was the first assignment in the Test format for Dravid in the hot seat. And his elegance came through immediately – although he appeared a touch irritated during the final press briefing when discussing the nature of the pitch that disallowed his spinners to bulldoze through New Zealand on the final day, he handed Rs. 35,000 to the groundsmen for preparing a sporting pitch that stayed more or less firm on all five days.

What was also apparent was his safety-first approach. India batted on till late on day four to set New Zealand a target of 284, and wasn’t able to bowl New Zealand out in 102 overs. After losing the set Shreyas Iyer for 65 in the second innings, at 167 for 7, India batted for another 20.4 overs to add another 67 runs. It is possible that the lower-order batters could have been asked to accelerate, but Dravid seemed risk averse, stressing that “we needed that [eighth-wicket] partnership.” A more cavalier spirit could have risked a defeat but would have given the team a better chance of finishing it off on day five.

In the second Test, too, the Indian team decided to allow the lead to balloon to 540, long after it was clear that there was only going to be one winner. Did the top order want just that extra batting practice before the South Africa tour?

Here, he could be at odds with the general approach preferred by Virat Kohli, the Test and ODI captain. After all, Kohli is quite open about preferring wins over draws. Dravid is likely to be careful enough to avoid getting in the captain’s way, but he will be sure to offer his reasoned critiques without rocking the boat. Kohli’s ideology with which he has ushered in a period of success for the Indian team across formats will not be tampered with, but the think tank to fall back on will be robust.

What also stood out during the Test series was his relaxed demeanour when handling the media, signalling straightforwardness and transparency. Within a couple of minutes of the virtual press conference at the conclusion of the contest, he put every waiting journalist at ease with a good-natured laugh over a difficult question – ‘how much does Dravid the player translate into Dravid the coach?’ But laughter didn’t mean disregard, as it sometimes does in press conferences. What followed was a well-thought-out response.

The team management’s selection or tactical choices were on expected lines. India went in with its tried-and-tested group of players with the exception of Iyer who occupied a vacant middle-order spot. The out-of-form Ishant Sharma was preferred over Mohammed Siraj in the first Test, perhaps in recognition of his experience and his familiarity with the conditions. It didn’t pay off, as Ishant was the least threatening of the five bowlers India used. The team management didn’t have to deal with the awkwardness of having to choose between a red-hot debutant and an out-of-form vice captain in the second Test. But Dravid was forthright enough to acknowledge that Rahane did need runs.

And so, how many marks does he get out of 10? Perhaps an 8, if you prefer caution over aggression, intellect over intuition, and straightforwardness over cheek.

Not much can be read into India’s T20I series win that preceded the Test series as it began just two days after the T20 World Cup, a tournament nearly won by New Zealand. Both teams – but especially New Zealand – were mentally fatigued. And without much at stake except bilateral T20 honours and ranking points, the matches were more a platform for new players to impress.

More significant than the results of the matches was Dravid’s delineation of his goals: players’ mental well-being, player rotation without upsetting the team’s balance, and giving players a long rope. Appropriate goals for the time, and if he succeeds in them and also oversee a sustained period of excellence on the field, it will be a job well done.