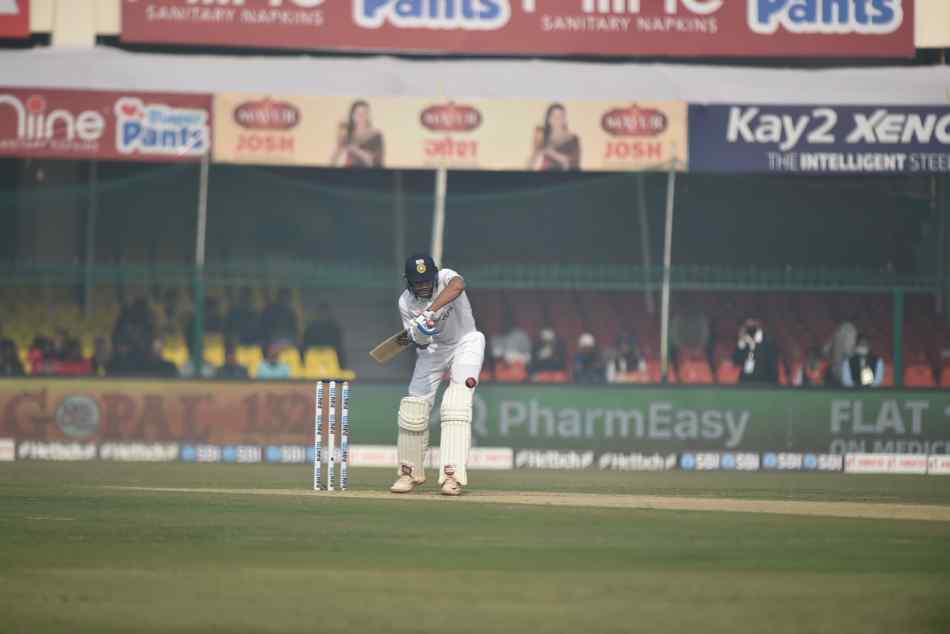 At the end of the first session, India made 82 for 1 with opener Shubman Gill and vice-captain Cheteshwar Pujara occupying the crease. Gill is on 52 and Pujara is batting on 15.

India lost Mayank Agarwal to Kyle Jamieson for 13 as he edged the Kiwi pacer to wicketkeeper Tom Blundell.

It was a big moment for Shreyas as he received his Test cap from former skipper and legendary cricketer Sunil Gavaskar ahead of the first match against New Zealand.

The first Test of the two-match series between India and New Zealand began on Thursday in Kanpur.

The Board of Control for Cricket in India (BCCI) shared the video in which Gavaskar can be seen handing the Test cap to Iyer, while all other players congratulate the India batter.

“A moment to cherish for @ShreyasIyer15 as he receives his #TeamIndia Test cap from Sunil Gavaskar – one of the best to have ever graced the game,” BCCI tweeted.

Meanwhile, India won the toss and opted to bat against New Zealand in the first Test of the two-match series here at the Green Park Stadium.

In the first Test, Ajinkya Rahane will be leading the side in regular skipper Virat Kohli’s absence and with Rahul now missing, it will be all about Rahane and Cheteshwar Pujara rising to the challenge in the middle-order.

Frontline players like Virat, Rohit Sharma, Mohammed Shami, Rishabah Pant and Jasprit Bumrah have been rested for the series as they have been on road since the WTC Final against New Zealand in July in England.