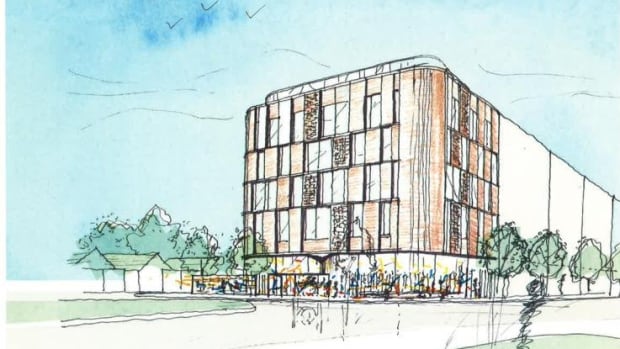 It’s a move that Patti Pettigrew applauds. Pettigrew, who is Algonquin from Pikwakanagan First Nation, is the executive director of Thunder Women’s Healing Lodge. The waiver will save her organization $57,432.

Pettigrew has been pushing for the waiver for months, ever since her organization applied for a building permit for a 24-unit housing/healing facility for Indigenous women dealing with the criminal justice system.

The City of Toronto collects education development charges for the Catholic school board when a building permit is purchased. The funds collected are to help to acquire land and service that land for new school sites when there’s a need. Toronto’s public school board doesn’t currently qualify for education development charges because it’s been assessed as having excess capacity.

“It comes at a time when reconciliation needs more than words,” said Pettigrew.

“If it wasn’t for those little souls making themselves known, I don’t know that we would have been able to do this. Because they didn’t listen to our survivors, but now with the discovery of the of those little children, you can’t deny it anymore.”

It isn’t the first time Pettigrew has fought for the planned build. Two years ago, some area residents opposed the plan to build the lodge at 2217 Kingston Road, in Scarborough’s Cliffside area. But following a series of community consultations, the project was given the go-ahead by the City of Toronto.

After hearing about Pettigrew’s concerns, Catholic School Trustee Norman Di Pasquale put forward an amendment to the board to defer all education development charges for Indigenous-led affordable housing initiatives and it passed unanimously.

“It’s the right thing, to start to advance some of the core concepts of reconciliation and the UN Declaration of Rights of Indigenous Peoples and other calls to action,” he said.

For now, the waiver includes five organizations, but Di Pasquale said the board will look at broadening it.

“We just wanted to quickly get those to our board and waive them, but I think the process needs to be brought into any First Nations project in our city,” he said.

The move will save the five Indigenous non-profit organizations a combined total of over $332,547.

According to Pettigrew’s lawyer Alex Lustig, the waiver of the charges will reduce expenses and speed up projects because “you have to pay [EDCs] before you can get a building permit, so until the fees are dealt with you can’t start putting shovels in the ground.”

Pettigrew plans to take the issue to the Ontario Legislature, to have the fees waived across the province.