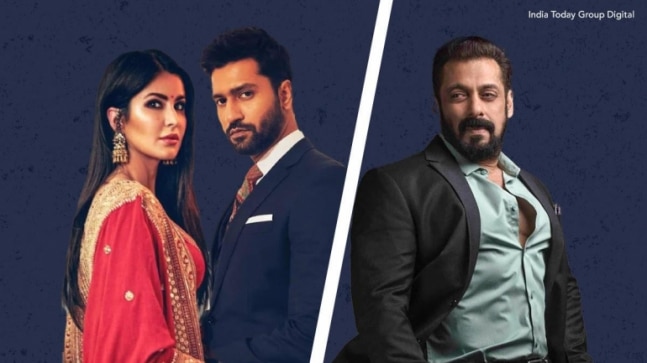 Katrina Kaif and Vicky Kaushal will reportedly tie the knot on December 9 in Jaipur. There has been speculation about a formal invite being sent to Salman Khan and his family.

Bollywood actors Vicky Kaushal and Katrina Kaif are getting married in a few days and the buzz around the wedding of the year is only getting stronger. IndiaToday.in has been in the lead to bring you all the news – from how Vicky proposed Katrina to the SOPs the wedding guests have been asked to follow.

Now, in an exclusive news break, IndiaToday.in reveals if Katrina Kaif has invited Salman Khan and his family to their grand wedding in Jaipur.

There has been speculation about a formal invite being sent by Katrina to Salman and his sisters. Yesterday, reports did rounds that the family had been invited and Salman’s sisters, Arpita Khan and Alvira Khan Agnihotri, would be attending the wedding.

However, when Arpita was contacted, she denied any such developments, and said, “We haven’t got any invite for the wedding.”

While putting an end to the big question – ‘Has Katrina invited Salman to her wedding?’, a source close to the family revealed, “No invites have been sent to the family. Neither Alvira nor Arpita had received any wedding invite from Katrina. The stories that they are attending the wedding are false.”

Salman and Katrina are working together on their next Tiger 3 and the two have a very professional, working relationship.

The insider said, “Salman has been very protective and fond of Katrina and has nothing but best wishes for the actress. She will be resuming the shoot for Tiger 3 post the wedding, and given how professional both the actors are, there won’t be any awkwardness.”