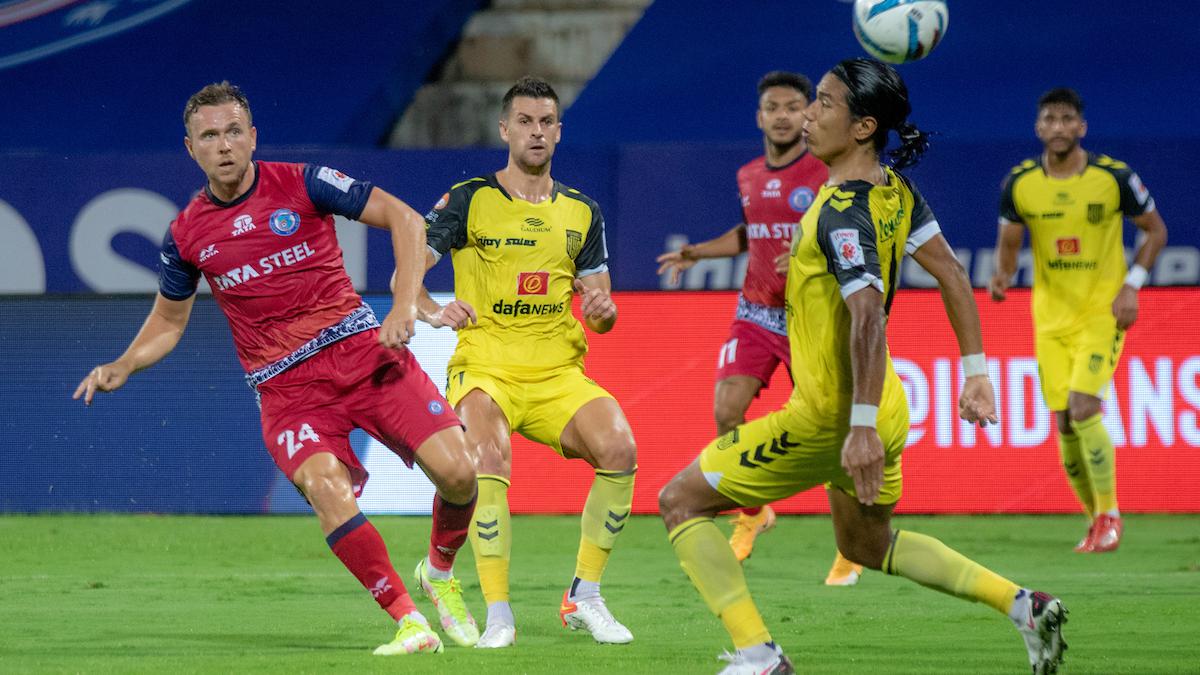 In a gripping game of two halves, Jamshedpur FC was held by Hyderabad FC in a 1-1 draw in the 2021-22 Hero Indian Super League (ISL) at the Athletic Stadium in Bambolim on Thursday.

Greg Stewart (41′) scored a goal of the highest order for the Red Miners while Bartholomew Ogbeche (56′) equalised in the second half. Both sides failed to enter into the top four spots as Jamshedpur, with five points, is placed 5th as Hyderabad follows with four points.

Eli Sabia was handed the Jamshedpur FC armband for the first time as regular captain Peter Hartley started from the bench. Manolo Marquez fielded the same eleven that won against Mumbai City over the weekend.

The first half could almost be dubbed as the Greg Stewart-show. While he would have just the single goal to show for it, the Scot kept Hyderabad defenders guessing every time he went near the box.

In the 20th minute, had the ball gone in, it could have easily been a contender for the goal of the tournament. Stewart picked up the ball from midfield off Hitesh Sharma, sprinted all the way into the box and left Juanan for dead, only to be denied by the upright.

Earlier, Juanan had a chance himself when his header went astray. Valskis, too, had a sniff but played second fiddle to Stewart, who found his first ISL goal a few minutes before the break.

A quick throw-in from the left saw Stewart receive the ball and cut past four defenders into the box. The former Rangers man awe-inspiringly then spewed in a curer that nestled into the top far corner of the goal.

Change of ends, it took only ten-odd minutes for the Nizams to draw level. Smart build-up play at the edge of the box and Ogbeche finished it off towards the bottom-right corner after a brilliant one-two with captain Joao Victor.

There was some gritty football on display as both teams pressed hard for the lead. Valskis, in the few chances he got remained profligate while Rehenesh’s steely resolve under the post kept Hyderabad frustrated.