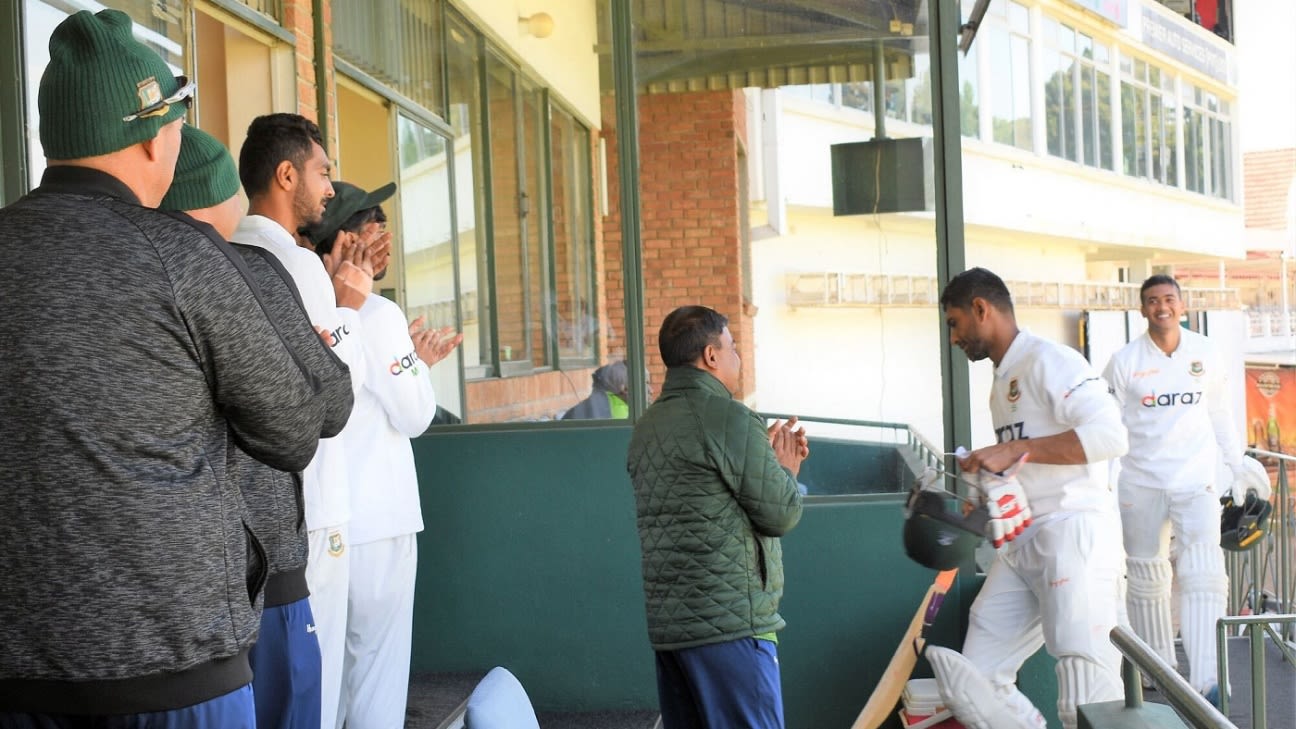 In a statement released by the BCB, Mahmudullah said “leaving a format of which I have been a part of for such a long time is not easy”

Four months after informing his team-mates that he would no longer play Test cricket, the BCB has confirmed that Mahmudullah has indeed retired from the format, bringing the end to a 12-year career that began in 2009.
Mahmudullah had chatted with the team on day three of Bangladesh’s one-off Test against Zimbabwe in Harare, and had received a guard of honour from them on the final morning of the match, where he scored a career-best 150 not out. But there was no official recognition of the retirement from the BCB till now, as the timing of Mahmudullah’s decision is believed to have irked the board president Nazmul Hassan.

In a press release, the board thanked Mahmudullah for his services in Tests but didn’t mention that he had announced his retirement in July. Mahmudullah’s statement was attached in the announcement too, where he thanked BCB president Hassan for bringing him back into the Test side against Zimbabwe.

Mahmudullah said “leaving a format of which I have been a part of for such a long time is not easy.” He, however, confirmed that he would still be playing limited-overs internationals.

“I had always thought of going on a high and I believe this is the right time to end my Test career,” he said. “I want to extend my gratitude to the BCB president for supporting me when I returned to the Test team. I thank my teammates and the support staff for always encouraging me and believing in my ability. It has been an absolute honour and privilege to play Test cricket for Bangladesh and I will cherish the many memories.

“Although I am retiring from Tests, I will still be playing ODIs and T20 internationals and really looking forward to continue giving my best for my country in white-ball cricket.”

The statement from both the board as well as Mahmudullah closes an uneasy chapter between the two parties regarding his retirement since July.

Mahmudullah was a last-minute inclusion in the Test side for the Zimbabwe match, part of his in-and-out routine in the Test side since 2017. He was first dropped for the home Tests against Australia that year, before being dropped last year following a long poor run in red-ball cricket.

Mahmudullah marked his return against Zimbabwe in style, hitting a career-high 150. He added 171 runs for the ninth wicket with tail-ender Taskin Ahmed, to set up Bangladesh’s 220-run win, their only Test victory this year.

The Harare Test also happened to be Mahmudullah’s 50th match in the format, having made his debut in 2009 in West Indies. He finished his career with 2914 runs at an average of 33.49, as well as taking 43 wickets with his offspin. Mahmudullah also led Bangladesh in one Test victory out of the six matches he captained, mostly in the absence of Shakib Al Hasan, since 2018.