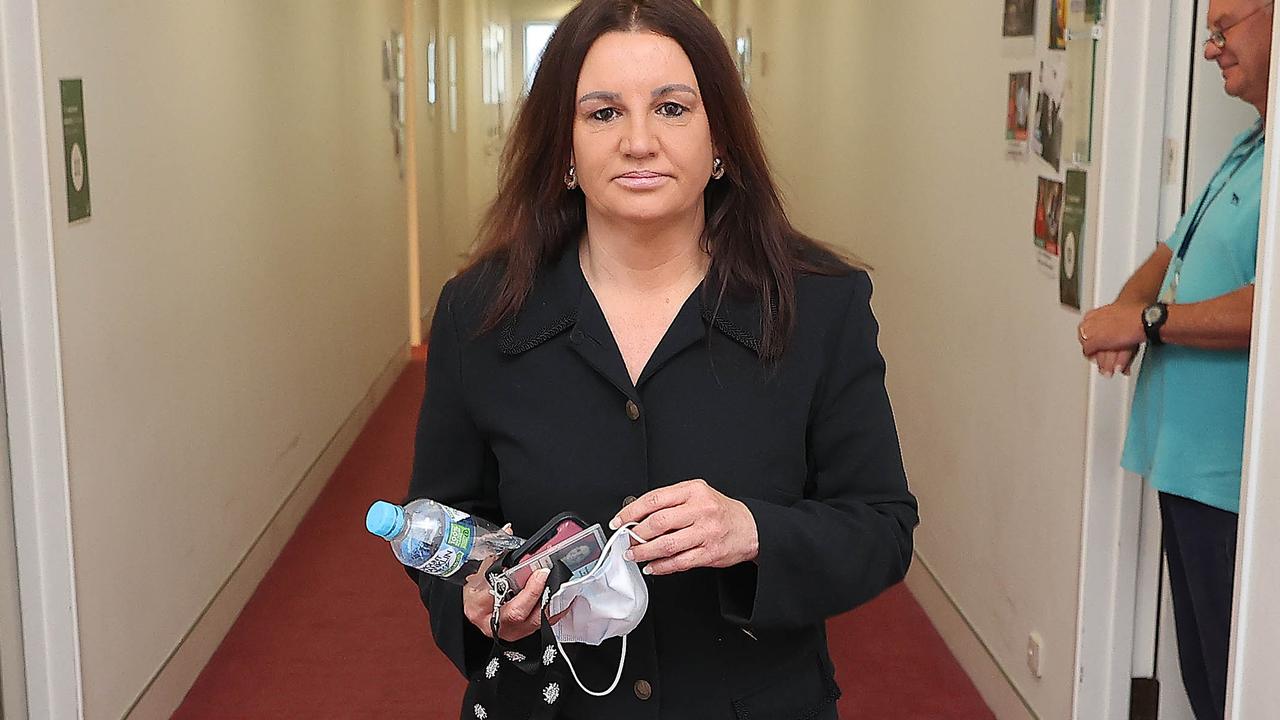 The federal government has dropped controversial proposed laws moments after an outburst by Jacqui Lambie.

A major proposal requiring voters provide evidence of their identity before casting their ballots is dead in the water after the government agreed to drop the bill.

The changes were flagged by the government last month and have been panned by Labor and Aboriginal land councils as racist due to concerns it would unfairly disadvantage remote and Indigenous voters.

It had hoped to pass the laws ahead of next year’s federal election but the path to pass the legislation was blocked again on Wednesday after Senator Lambie added her name to those opposing the bill.

“I don’t think the laws do the job. I’ll be voting no on the Morrison government’s laws,” the outspoken senator said.

Senator Lambie’s announcement followed a public survey on her website in which two thirds of voters opposed the laws.

“In every state and territory, a majority of voters opposed the bill.

“In the Northern Territory, which is one of the jurisdictions people have focused on during the debate around this bill, the numbers were overwhelming.”

Not long after Senator Lambie made her position public, the government quietly dropped the legislation after coming to a deal with Labor.

In return, the opposition will back a proposal to force charities to reveal their donors.

Prior to Wednesday, the government’s hopes had been pinned on Centre Alliance Senator Stirling Griff, after Labor, the Greens and independent Senator Rex Patrick said they would not support the bill.

Earlier this month, Senator Patrick labelled the proposal a “solution looking for a problem”.

“(The government) do not have my support at this point in time and it is unlikely they will get it.”

Senator Griff has previously said he generally supported the principle of voters needing to provide identification.

Centre Alliance has said it would push for the bill to be sent to an inquiry.

Senator Griff’s lower house colleague Rebekha Sharkie last week told NCA Newswire the changes could have a devastating impact on the democratic rights of some of Australia’s most vulnerable people.

“What we can see is a significant correlation between being remote and not participating in elections, and also being Aboriginal or Torres Strait Islander,” Ms Sharkie said.

“I do not want to support any legislation that would just add another barrier to Aboriginal people or remote people voting.

“I would like to see a really thorough investigation, as well as looking at should this bill get through and the staffing implications.”

Adding to the Coalition’s woes is the threat from its own Senators, Alex Antic and Gerard Rennick, to not support any government legislation until Prime Minister Scott Morrison deals with the state issue of vaccine mandates.