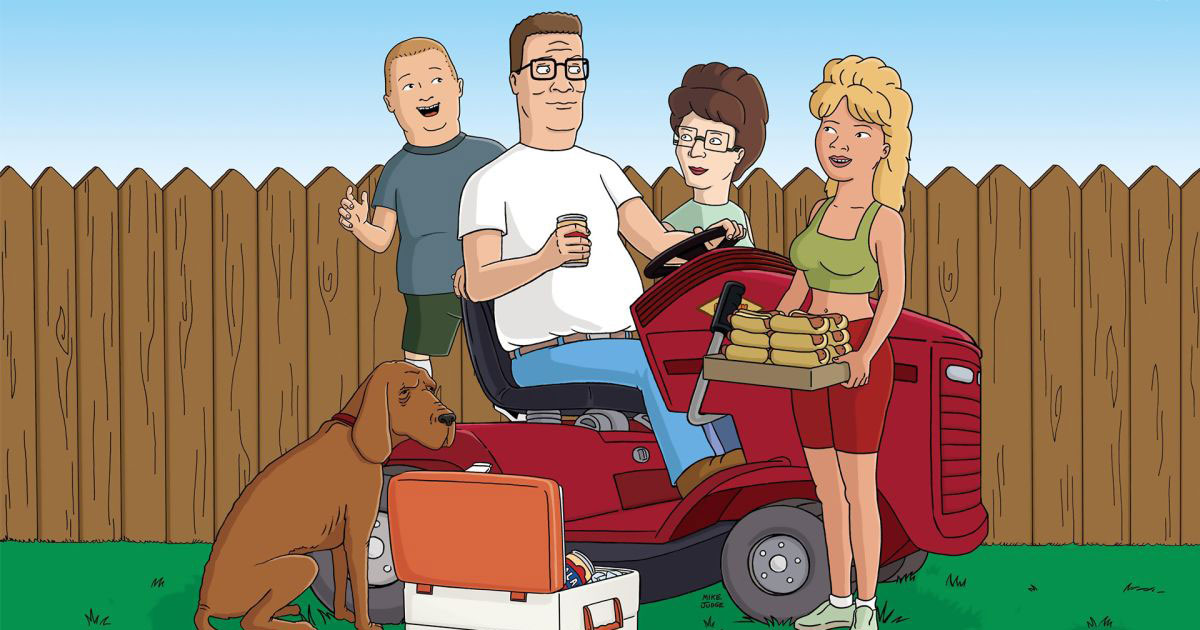 Grab yourself a six-pack and refill your propane reserves because a King of the Hill revival is in the works. King of the Hill creators Greg Daniels and Mike Judge recently formed a new animation studio called Bandera Entertainment, which already includes more than a dozen animated series in various stages of development. Bandera Entertainment is also looking to launch live-action offerings as well.

The renewed partnership comes 25 years after Fox launched King of the Hill on its network. For the King of the Hill revival, Daniels and Judge are partnering with YouTube head of originals Dustin Davis on the new roster of projects that includes Netflix’s Bad Crimes, starring Nicole Byer and Lauren Lapkus. Bad Crimes hails from Nicole Silverberg (Full Frontal With Samantha Bee), and is described as an “adult animation dark comedy procedural.”

“We were very excited to go into different tones and different styles and try to expand the animation art form,” Daniels tells The Hollywood Reporter. “We’re in a golden age for content, right? That’s animation, too. That was one of the things we were talking about in founding the company: “Let’s push animation into all these different genres.”

Aside from the King of the Hill revival, Bandera Entertainment has several other projects in the works, including Freeform’s Praise Petey. Per THR, Praise Petey revolves around Petey (played by Schitt’s Creek Emmy winner Annie Murphy), a New York City “It” girl who has it all until her life comes crashing down. As luck would have it, a mysterious gift from her father gives her a new lease on life as she “leans into” modernizing his small-town cult. John Cho plays Bandit, a cult member, and love interest. Kiersey Clemons is Petey’s BFF. Christine Baranski voices Petey’s mother. Amy Hill is Bandit’s mother, and Stephen Root is Petey’s father.

Daniels and Judge are keeping the details of other projects assigned to Bandera Entertainment close to their chest, though we do know a few details about some exciting things in the works. There’s a “very funny children’s show” coming from Sacha Baron Cohen, an idea from Silicon Valley alums Zach Woods and Jimmy O. Yang, a project involving tattoo/graffiti artist Mr. Cartoon, Alison Bechdel’s Dykes to Watch Out For from Carrie Brownstein, and, of course, the King of the Hill revival. There’s also another project that Daniels describes as “if Breaking Bad was a half-hour comedy.”

“Mostly what Bandera is doing is trying to get us in more of a supervisory goal; that’s what we’ve been really concentrating on: using our taste and the people we’ve worked with and trying to help other people achieve their visions that we think are cool,” Daniels says. Adds Judge: “There’s one show that I might be a co-creator of but the rest, it’s mentoring other people and getting people together and being a studio in that regard.”

In addition to forming Badera Entertainment, Daniels and Judge have numerous projects on the horizon. Daniels is overseeing the second season of Amazon’s Upload, Netflix’s Space Force, and the HBO Max dating show My Mom, Your Dad. As for Judge, he’s currently working on the Beavis and Butt-Head revival for Comedy Central.

“I’m running some shows that I created and that’s very much a full, intense thing,” Daniels told THR. “Then I love that over here, I’m getting to do stuff and having different experiences, different ideas, working with different people, but it’s more reactive and it isn’t quite as like pulling out pieces of your yourself. It’s more like, ‘Oh, cool, I have stuff to say about this.’ And yet the end of the day, Dustin and [Bandera director of development] Jacey Naccarella are going to be staying up, getting it accomplished after we’ve kind of wound them up.”

What do you think of Daniels and Judge mounting a King of the Hill revival? Were you a fan of the show when it was on Fox all those years ago? Let us know in the comments section below.