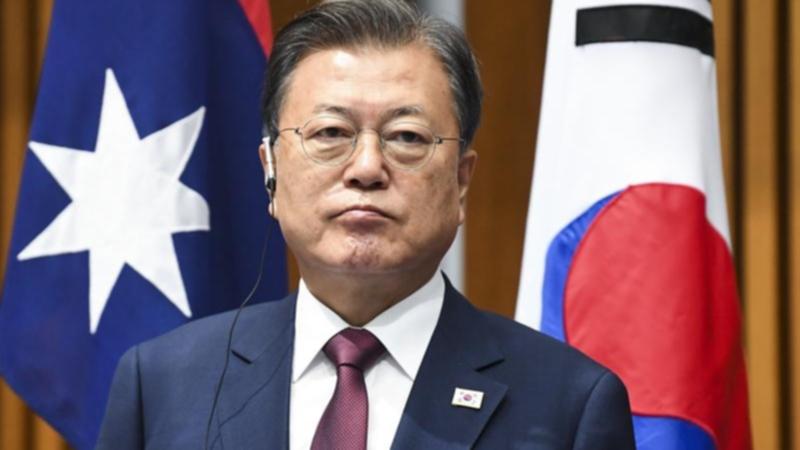 South Korea will look to further strengthen its diplomatic ties with Australia, with its president Moon Jae-in scheduled to visit leaders in Sydney.

The South Korean president will meet with Opposition Leader Anthony Albanese on Tuesday.

It will be followed by talks with NSW Premier Dominic Perrottet and NSW Governor Margaret Beazley at Government House.

A $1 billion defence contract was signed between the two nations, which will allow Korean defence company Hanwha to provide artillery weapons and vehicles.

It’s expected the deal will create 300 jobs in the greater Geelong region with construction set to begin in 2022.

It’s the largest defence contract agreed to between Australia and an Asian nation.

The visit by President Moon coincides with the 60th anniversary of diplomatic relations between South Korea and Australia.

Speaking at a joint press conference on Monday, Mr Morrison said South Korea had a critical role to play in talks with China and quelling tensions in the Indo-Pacific.

“The scenario (of war in Taiwan) is one that no one seeks, that no one hopes transpires, whether by miscalculation or other means.”

The prime minister said Australia and South Korea had important work to do together in the regions as liberal democracies.

While Mr Moon was not drawn on tensions with China, he said there was a shared interest in working towards the end of war with North Korea.

“Korea is focused on the steadfast alliance with the US and also with China, we want a harmonised relationship … and we will be putting in the efforts to make this happen,” he said.

The talks come in the wake of Australia signing up to the AUKUS security pact with the US and UK, following growing Chinese influence in the Indo-Pacific.

Mr Moon said he respected Australia’s decision to join the deal, which would lead to Australia securing nuclear-powered submarines.

China had condemned the pact, saying it undermined regional stability.

Discussions between South Korea and Australia also focused on work on critical minerals.

A memorandum of understanding has been signed by the two countries to help secure the supply chain for critical minerals used in such technology as solar panels and batteries.