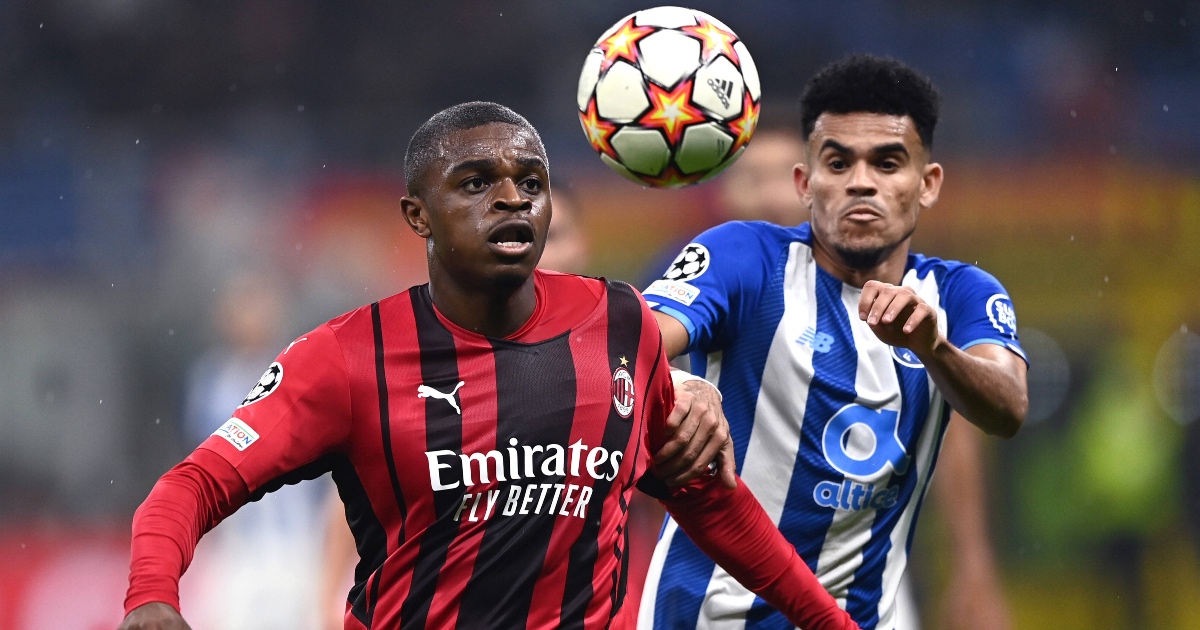 Liverpool have inadvertently handed both themselves and Wolves a greater shot at landing FC Porto winger Luis Diaz in January, per a report.

Liverpool breezed through the Champions League group stage this year. Their progress was so serene that they became the first English side to win six from six in the group phase.

Aiding their cause was the inclusion of FC Porto in their group. While Sérgio Conceição’s side might be a heavyweight in Portugal, Liverpool have made light work of Porto in recent years.

Indeed, the Reds have won five and drawn one when facing Porto six times in Europe over the last three years. Over that time, Liverpool amassed a whopping 18-2 aggregate score.

Liverpool predictably sunk Porto home and away in the group in 2021. However, those victories may have inadvertently boosted their chances of signing Colombia international, Luis Diaz.

According to Sport Witness (citing Portuguese outlet Record), Porto dropping into the Europa League will have a ‘big impact’ on their finances. The end result could be a sale or two of their most prized assets.

Diaz would certainly fit into that category, alongside Otavio.

According to Marca, Liverpool have eyed Diaz up for a move in 2022. Other alternatives include West Ham’s Jarrod Bowen and Leeds’ Raphinha.

Diaz rose to prominence over the summer when joint-top scoring with Lionel Messi at the Copa America.

He has bagged 12 in 21 across all competitions for Porto this season and could prove an astute signing for whichever team takes the gamble.

Wolves could throw a spanner in the works after the article highlighted their midweek scouting mission.

Bruno Lage’s side has scouts in attendance as Porto lost to Atletico Madrid on Tuesday night. Though exactly who they were casting their eye over is unknown at present.

Diaz would be an obvious choice, and Wolves’ stellar connections with Porto could serve them well.

Chelsea, Juventus or Newcastle? Assessing where Eden Hazard may move to next

Meanwhile, Klopp has admitted that timing will prove the ultimate factor in deciding when Steven Gerrard takes charge at Anfield.

Gerrard looked set to mount another title challenge with Rangers this season. However, the landscape changed dramatically when Aston Villa sacked Dean Smith.

They looked towards ex-England international Gerrard as their top replacement and the coach jumped at the opportunity of his first Premier League management job.

Many thought that milestone would come at Anfield when Klopp finished his reign there. Instead, Gerrard takes Villa side to Anfield on Saturday and Klopp has spoken about the prospect of Gerrard one day taking his job.

“Oh yeah, yes I think absolutely,” Klopp told a press conference. “The only problem is when is the right moment for that? That’s not now about Stevie, but we saw it with Frank, for example, at Chelsea. It’s a similar story.

“I really think that Stevie is doing really well because he’s very young still from a manager’s point of view. So when is the right moment to take the job? It’s not that he’s not able to do it, but how long do you want to do it?

“Is this the last job you do, is it the first, second or third, whatever. They are questions I cannot answer, but yes it will definitely happen and it’s good for everybody.”