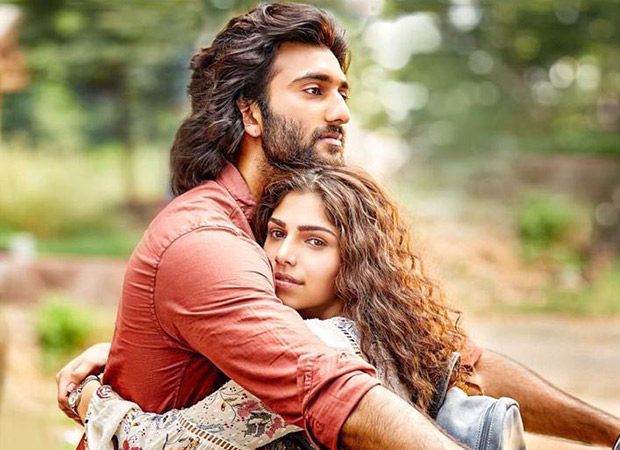 Malaal is a love story coming from Sanjay Leela Bhansali who has produced the film. Though his directorial offerings have always boasted of at least two or three memorable songs, same can’t be said about his productions. Considering that he has composed majority of songs in Malaal with Prashant Ingole writing the lyrics, one waits to see what the team has to offer.

It is a ‘dhinchaak’ start that Malaal gets with Vishal Dadlani and Shreyas Puranik coming together for the ‘tapori’ number ‘Aila Re’. Vishal sounds quite different in this ‘basti’ and chawl number that has a good hook to it with beats that do catch your attention. Pritam has composed quite a few songs in this genre over the years and with Sanjay Leela Bhansali too following the 80s formula, you like what you hear here.

With the core hook borrowed from ‘Apun Bola’ [Josh], which was again based on Maharashtrian folk music, ‘Udhal Ho’ too is attached to the roots with hard-core local flavour. Newcomer Adarsh Shinde is roped in for this number which is more Marathi than Hindi in its overall treatment and its styling too is such that it would have a restricted audience in only Maharashtra belt.

Shreyas Puranik is the composer as well as singer of ‘Nadhkhula’ and one only ends up wonders what exactly does the title of the song mean here. This one is a love song which is again set in an old fashion manner. Though unlike the first two songs in the album this one doesn’t get into the Marathi zone, the lazy pace as well as an overall dull treatment doesn’t help the cause.

Another newcomer singer, Rutvik Talashilkar, is roped in for ‘Aai Shapat’ and yet again the song gets into a Marathi zone. Right from the music to the lyrics as well as the manner in which the song is rendered, this one has a local Marathi feel to it. No wonder, you can’t relate to the soundtrack here to have been created for a Hindi film as the overall treatment is too localized.

Shreya Ghoshal, the most experienced of the lot and a top singer, makes a belated appearance in the soundtrack of Malaal with ‘Kathai Kathai’. Remember ‘Kathai Aankhon Waali Ek Ladki’ [Duplicate]? Well, this time around the gender is reversed as the leading lady falls in love with her boy who boasts of ‘kathai aankhen’. Not that this one goes ahead and makes one fall in love with the tune in the offering. Still, this A.M. Turaz and Prashant Ingole number is better than last few songs that one had heard so far and you can sit through the entire duration.

Another newcomer singer, Aanandi Joshi, is the one to kick-start the proceedings for ‘Zara Suno’. A love song which has an Indi-pop contemporary feel to it, this Shail Hada composed tune may not be the one that you would fall in love with instantly; however it still makes for a decent enough listening. Rutvik Talashilkar is back in the fold after singing ‘Aai Shapat’ and gives a different account of himself.

Shail Hada steps in as a singer for the title song ‘Ek Malaal’ which arrives right at the end of the soundtrack. Reminding one of the ghazals from the 80s, this one is really slow moving, sad in feel and overall dull in treatment, hence promising to make an impact on the pace of the film when it will appear. Hope this one has a short duration in the film’s narrative.

The music of Malaal is barely passable with just a song or two managing to leave some kind of impression.