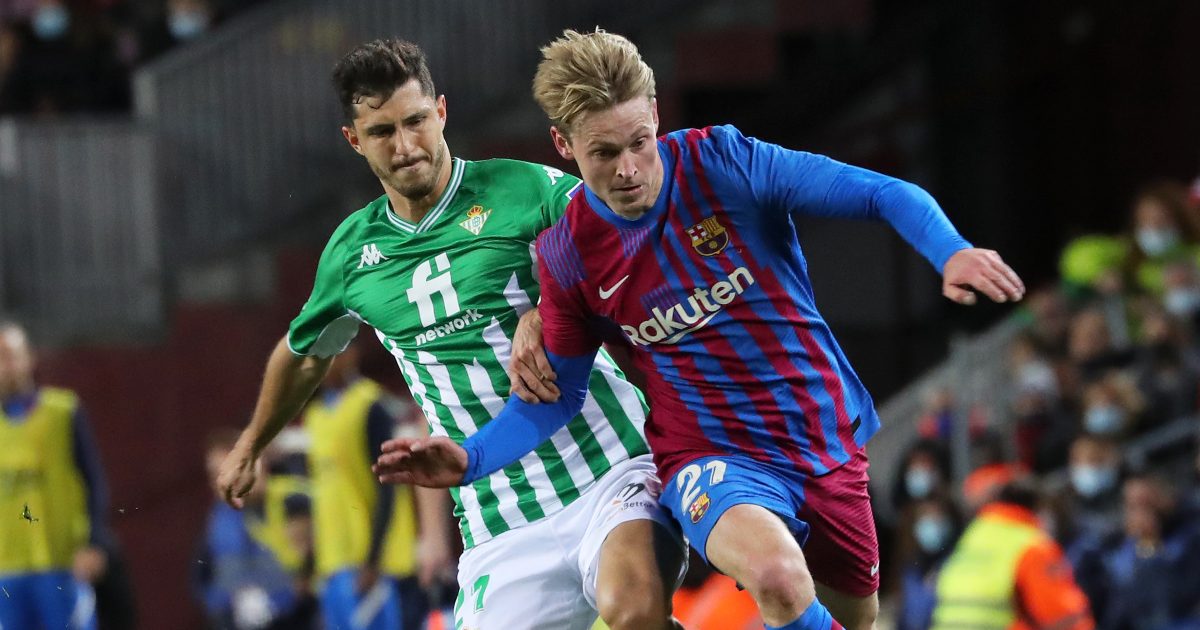 Kevin Campbell has backed Man Utd to sign Barcelona midfielder Frenkie de Jong as they have “virtually unlimited resources” at their disposal.

It was reported earlier this week that the Red Devils are interested in signing De Jong. They have also been linked with his teammate Ousmane Dembele.

De Jong made a name for himself with Ajax as he enjoyed a great spell there between 2016 and 2019.

Five who f***ed their Prem prospects in the Champions League…

The midfielder helped Ajax reach the semi-finals of the Champions League in 2018/19. Barcelona paid around £64m to sign him in 2019.

The 24-year-old has been an ever-present for the Spanish giants over the past couple of years. They are now managed by club legend Xavi.

Barcelona are having a poor season as they sit seventh in La Liga and they have exited the Champions League at the group stages.

They are struggling financially at the moment as they were forced to let go Lionel Messi and Antoine Griezmann during the summer.

As quoted by Football Insider, Campbell has suggested that De Jong would be “excellent” for Man Utd:

“This is how football is now.

“If a club is struggling then there will be other teams looking to take advantage and get your best players.

“Frenkie de Jong is a top player. I’ve watched him for a couple of seasons and he would be excellent at Old Trafford.

“I think Barca are going to find it extremely hard to hold on to him.”

Elsewhere, Owen Hargreaves has called for Man Utd to sign Jude Bellingham “whatever it costs”:

“First of all, against Man City [in the Champions League last season] he was the best midfielder on the pitch, with Kevin de Bruyne out there, which is crazy,” Hargreaves said.

“Everyone’s going on about Haaland, ‘spend the money on Haaland’, and rightly so. But, honestly, if I’m a big team in England – Man United, Man City, Liverpool, Chelsea – that is the guy you go and get.

“That is the heart of your midfield for a decade. Whatever it costs, you go and make that happen because he is special.”

Rio Ferdinand added: “We’ve got some great young talent in this country. Jude Bellingham could be the one who has the full package.

“It’s a big challenge to him and I don’t want to go overboard but I have to because what he does in all games when you see him, what he does, there’s a moment in the game where he makes you go, ‘he can’t be 18 years old’.

“Whether it’s a bit of skill, or just a body position, the way you see him demand the ball from somebody, he does things that make you think, ‘that’s a 25-year-old who’s been playing at the top for five or six years’.