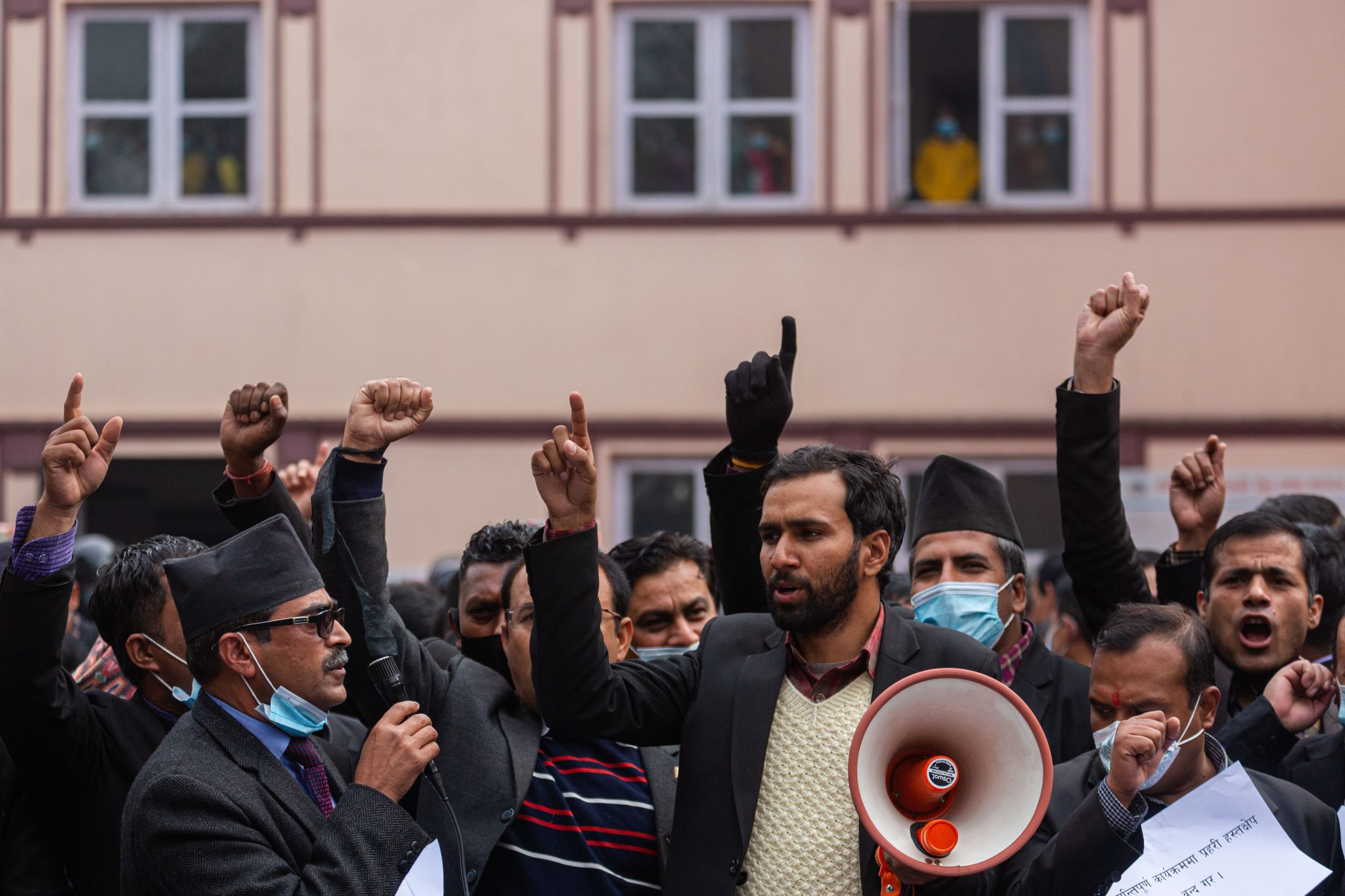 Nepal’s Supreme Court is in crisis due to unprecedented protest from its justices and lawyers. Despite over a month of protests demanding the resignation of Chief Justice Cholendra Shumsher JB Rana, Rana has refused to step down. But nor have the political parties filed a motion of impeachment against him.

This is not the first time that Nepal’s Supreme Court has confronted a crisis. In May 2017, Nepal’s first female Chief Justice, Sushila Karki, was suspended after two main political parties filed an impeachment motion. The key reasons behind Karki’s suspension were her strong stance against corruption, Supreme Court rulings against the government’s appointment of a police chief and decision to provide amnesty to the Maoist leader Balkrishna Dhungel.

This suggests that political parties are willing to interfere if the judiciary is acting against their interests, but not to preserve judicial independence and integrity. It has been argued that the erosion of judicial independence has increased in Nepal in recent years due to increased politicisation in the appointment procedures of the Justices.

Rana has been accused of having connections with politicians to secure appointments of his people in the cabinet and constitutional bodies. He is also accused of encouraging and being involved in corruption.

A Supreme Court panel led by Justice Hari Krishna Karki submitted a report to the chief justice on 29 July 2021 which stated that corruption and irregularities are rampant in Nepal’s judiciary. It also recommended an automated system for designating the benches in the Supreme Court, instead of putting it in the jurisdiction of the chief justice. Since, the chief justice has faced tremendous pressure to institute reforms.

Gajendra Hamal, Rana’s brother-in-law, was appointed as a cabinet minister on 8 October 2021. After some controversy, Hamal resigned on 10 October, but this did little to correct things.

On 25 October, 14 out of 19 Justices boycotted the full court meeting called by the chief justice. All justices refused to hear any case except for a few habeas corpus petitions. The Nepal Bar Association started protests in the Supreme Court seeking Rana’s resignation. Although justices have now returned to their benches after over a month, they have said that they would not share the benches with the chief justice. Hundreds of lawyers have also protested demanding Rana’s resignation.

Rana recently admitted to making deals with KP Sharma Oli, former prime minister of Nepal, to secure appointments of several of his people in an interview. In addition, several of Rana’s past rulings have aroused controversy. This includes reducing the sentence of Ranjan Koirala, Deputy Inspector General of the Nepal Police, to only eight years despite the fact that he was serving a life sentence for killing his wife.

Apart from a few leaders speaking in personal capacities to ask for the chief justice to resign, the ruling party leaders have kept silent about Rana. They are reluctant to impeach him for two reasons: the ruling alliance lacks a two-third majority, and the parties fear that the secrecy of their deals with the Supreme Court may be revealed. Though some party leaders stated that political steps may be taken if the judiciary is unable to resolve the crisis on its own, no breakthrough appears imminent.

The next federal election that will elect a new parliament is more than a year away. The impeachment motion could be passed with the support of the opposition party. But the opposition has already suggested that it will not support any act against Rana.

The International Commission of Jurists, Human Rights Watch and Amnesty International have all asked for the crisis to be resolved — saying that it has jeopardised the independence and integrity of the Nepalese judiciary.

With Rana as chief justice, the notion of the separation of powers — an important component of liberal democracy — has been seriously hampered. As several of his rulings have caused controversies and most of his own colleagues are not ready to support him as the chief justice, Rana lacks integrity to remain in the post.

Bikram Timilsina is a PhD Candidate at the Griffith Asia Institute, School of Government and International Relations, Griffith University.