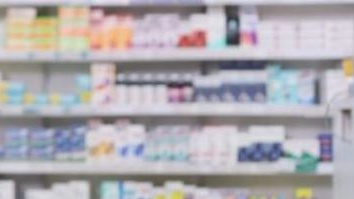 New four-year deals between the Government and pharmaceutical manufacturers will cut up to €700 million off the State’s drugs bill, according to Minister for Health Stephen Donnelly.

The multi-annual deals with the makers of branded, generic and biosimilar medicines will improve access for patients to new and innovative medicines and reduce the cost of existing ones, as well as easing financial pressure on the health service, he said.

The agreement with the Irish Pharmaceutical Healthcare Association (IPHA) runs from October 1st last to September 30th, 2025, and builds on a previous four-year agreement that started in 2016.

Health budgets globally are under pressure due to the rising cost of innovative new treatments, with governments seeking to use cost savings on existing drugs to fund the cost of new medicines. In Ireland, the State spends about €2.7 billion a year on drugs.

Mr Donnelly said the new agreement is “substantially enhanced” in some respects and will provide “significant additional value” for the State.

A parallel agreement has been agreed with Medicines for Ireland (MFI) on behalf of the generic and biosimilar industry. This deal, which runs from December 1st to November 30th, 2025, also provides for “enhanced price cuts” for these medicines, the Minister said.

Mr Donnelly described the agreements as one element of a suite of measures available to curb the growth in the State’s medicines bill. They will not preclude the HSE from applying other saving measures under legislation, including reference pricing and interchangeability, he said, or from pursuing other cost-saving measures such as increasing the use of cheaper biosimilar medicines.

IPHA claimed the agreement will deliver between €700 million and €800 million in “efficiencies” over the four years. It says the industry will pay about €89 million in rebates to the HSE in this period.

The group said it expects to propose over 170 new medicines over the four years.

No change is being made to the “basket” of 14 European countries used to calculate medicines prices in Ireland.

Mr Donnelly said: “The Government wants to ensure that patients in Ireland continue to have access to new and innovative medicines that will serve the greatest need and have a meaningful impact on health outcomes for patients in Ireland.

“As a result of these agreements with IPHA and MFI, the HSE will be in a much stronger position to meet the increasing demand for existing medicines and also to invest in new medicines over the next four years.”