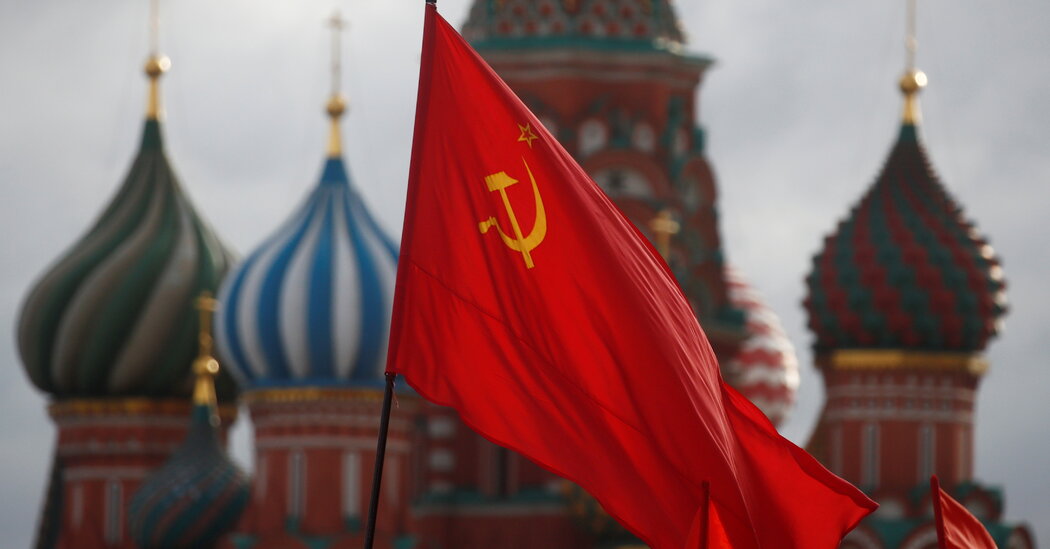 Behind the change, Mr. Frolov argued, was Mr. Putin’s conviction that efforts to draw closer to the West and to accept Western values of human rights served only to undermine Russian statehood. Moreover, the Kremlin believed that in contrast to 30 years ago, the United States and its allies were now in decline and anxious to pivot to China, and therefore willing to pay a price for détente with Russia. “Our strategy is that Russia is always right,” was the new watchword, Mr. Frolov wrote.

If that is really what Mr. Putin and his coterie believe, they may find themselves in deep error. Today’s Russia is not the Soviet Union. Its economy is far more vulnerable to Western sanctions, and the United States and its allies, whatever their internal troubles, remain capable of doing considerably more economic damage. Russia cannot control information or exposure to the outside world the way the Soviet Union could; like much of the world, Russians now get most of their information from the internet, and they travel with relative freedom.

Mr. Putin’s Russia, moreover, lacks the ideological foundation the Soviet Union offered its leaders for their monopoly on power; he is compelled to cling to democratic norms even as he violates them in a charade most Russians can see through. And however much Russians may share Mr. Putin’s claim of a special fraternal bond with Ukraine, there is no telling how they would react to an overt military incursion into Ukraine.

But the West, too, must recognize that Russia’s threats and demands are not entirely empty and that, having ruled out a military response, it has limited leverage over Russia. Yet there are ways in which the United States could defuse tensions without accepting Russia’s impossible demands for a formal treaty recognizing a Russian sphere of influence over former Soviet territories.

After a 50-minute telephone conversation on Thursday, spokesmen for both President Biden and Mr. Putin said they had reiterated tough threats. But the fact of the call, the second this month, and the plans for U.S.-Russia and Russia-NATO security talks in coming days are steps in the right direction — channeling the crisis into diplomacy and demonstrating that the West is prepared to take Russian security interests seriously.

Washington could also urge Ukraine to take some steps toward lifting tensions. Samuel Charap of the RAND Corporation has suggested that the United States should nudge Kyiv to take some steps toward meeting its obligations under the six-year-old Minsk II agreement. The agreement called on Ukraine to delegate some powers to rebel-held areas of eastern Ukraine, effectively recognizing their special status, in exchange for a Russian withdrawal from the border. Ukraine’s resistance to the deal is understandable, but some movement on it could shift the current standoff toward diplomacy.

Superpower, as Izvestia noted three decades ago, is a hard habit to kick, and it is incumbent on the West to disabuse Mr. Putin of his imperial illusions. But calling his bluff on Ukraine would be a dangerous gambit, Mr. Frolov warned, recalling a tenet of the Obama administration that “superpowers don’t bluff.”