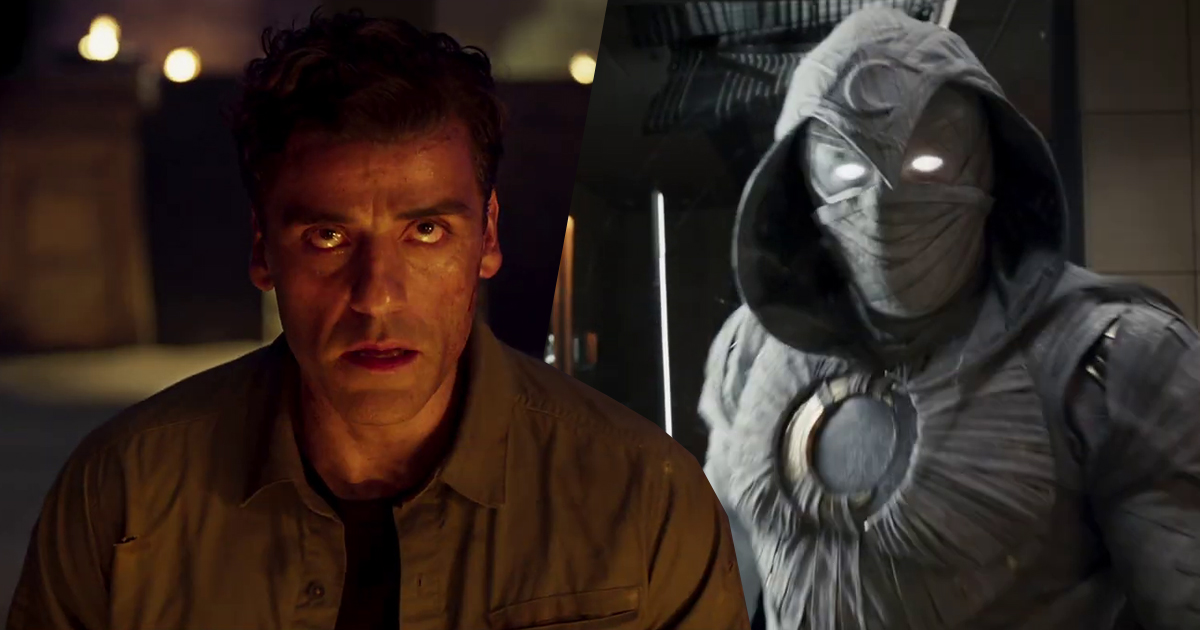 The first trailer for Moon Knight was unveiled during tonight’s playoff game and it finds Oscar Isaac suiting up as the titular character. The Moon Knight trailer looks pretty action-packed, and included a few glimpses of Ethan Hawke as the show’s mysterious new villain.

The series follows Steven Grant, a mild-mannered gift-shop employee, who becomes plagued with blackouts and memories of another life. Steven discovers he has dissociative identity disorder and shares a body with mercenary Marc Spector. As Steven/Marc’s enemies converge upon them, they must navigate their complex identities while thrust into a deadly mystery among the powerful gods of Egypt.

The Moon Knight series was first announced in August of 2019 and Mohamed Diab was chosen to lead the directing team. Diab directed the first four episodes of the series while Justin Benson and Aaron Moorhead were chosen to direct the other two. Filming began in late April 2021 in Budapest, followed by production in Jordan, which concluded in early October before moving to Atlanta, Georgia.

Did YOU like the trailer? Moon Knight is scheduled to be premiere March 30th on Disney+