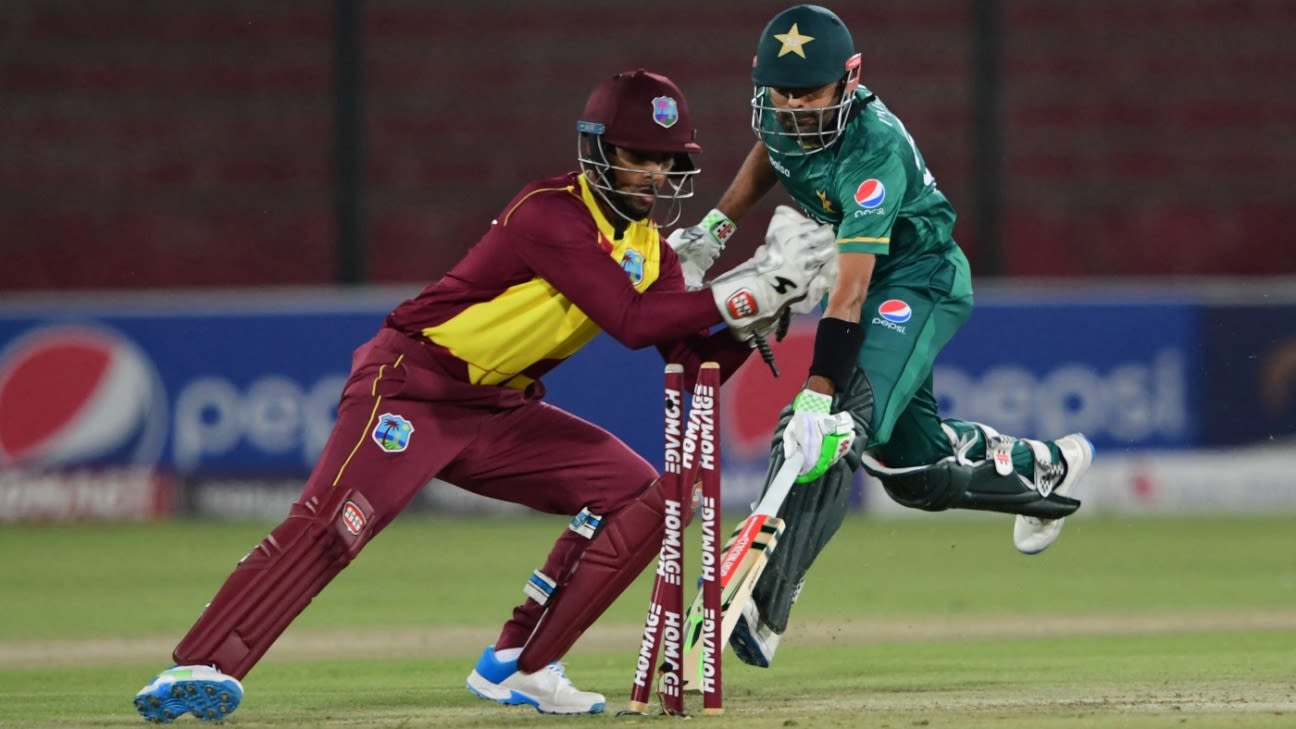 The three-match ODI series between Pakistan and West Indies due to begin on Saturday has been postponed to June 2022 in the wake of a Covid-19 outbreak among the visiting squad.
West Indies were hit by the virus on the very first day they arrived in Karachi with three players and a support staff member testing positive. While the tour was able to survive that, the emergence of five more Covid cases from tests done on Wednesday – the day before the third and final T20I – took the situation out of everyone’s hands.

With Devon Thomas sidelined with a finger injury as well, West Indies only had 14 players to choose from and though that proved enough to complete the T20I leg of the tour, both boards agreed that continuing with such a depleted squad would not be right, especially given the ODIs that were to follow were also part of the Super League which determines a team’s progress into the 2023 World Cup.

“On Thursday morning and as part of the PCB Covid-19 Protocols, Rapid Antigen tests were conducted on the remaining 15 West Indies players and six player support personnel,” a joint PCB-CWI release said. “All 21 members of the West Indies touring party returned negative test result. As such, Thursday’s T20 International (T20I) proceeded as planned.

“However, taking into consideration both the teams’ welfare as well as limited resources in the West Indies side for the ODIs, it has been agreed that the series, which forms part of the ICC Men’s Cricket Word Cup Super League, will be postponed and rescheduled for early June 2022.

“This will provide the West Indies with an equal opportunity to field their best available players for the World Cup qualification matches.”

The 15 West Indies players and six support staff who were cleared of the virus will leave for home after tonight’s match. The others – Sheldon Cottrell, Roston Chase, Kyle Mayers, Shai Hope, Akeal Hosein, Justin Greaves, assistant coach Roddy Estwick, team physician Dr Akshai Mansingh and one more non-coaching member – will stay back in Karachi. According to the bio-security protocols for this tour, anyone who tests positive for Covid-19 will have to undergo isolation for a period of 10 days and will only be released from it after two negative tests.

It is unclear how any of the West Indies players contracted Covid-19. The 21-member squad arrived in Karachi in commercial flights from multiple locations via Dubai. They were placed in quarantine for two days before they came together as a group to train for and play the first two T20Is.

Pakistan’s players, all of whom tested negative on Wednesday, will also be leaving the bio-bubble after tonight’s third T20I.

This is the second ODI series to be disrupted on Pakistan soil in 2021. New Zealand were supposed to play three matches in Rawalpindi in October but minutes before the first one was to begin, they called it off citing security concerns. Pakistan’s next 50-over assignment is against Australia in March 2022.