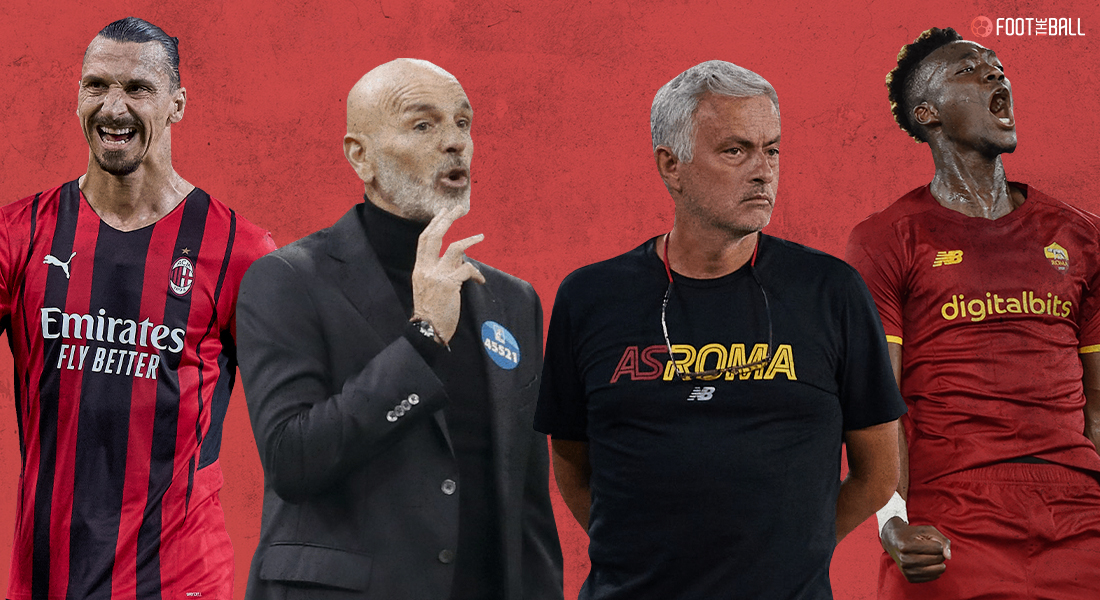 The winter break is coming to an end for Serie A sides, with two of the heavy hitters going head-to-head on Thursday.

Milan come into the game on the back of just one win from their last three league games. That has seen them fall four points adrift of Inter for the summit.

Setting our sights on #MilanRoma 👊

They are the second highest scorers in the league, with Zlatan Ibrahimovic still solidly leading the line at his age. There is some consternation regarding the future of Franck Kessie, who is anyway away at the AFCON, but is free to sign pre-contract agreements now.

Milanello: tuning up for the Serie A restart 🔜

The Rossoneri will be keen to distance themselves from the rest of the pack and move towards closing the gap, and with Juventus to play Napoli as well, could do so with a vital win.

It has been a weird old season for Roma and Jose Mourinho. There have been clear highs and some disastrous lows across all competitions.

Putting the work in on Sunday 🏋️
#ASRoma pic.twitter.com/Q1TCZeUZqR

Currently sitting sixth in the table, they are 10 points behind their opponents and have some catching up to do if they want to get into the Champions League at the end of the season. Tammy Abraham’s form has been of great help, the striker netting six times in the league to go with his three assists too.

The defence has been the bigger issue for Mourinho, which has let in some cheap goals throughout the season so far. They know they can ill afford any lapses this year and this will be a major test of their test as serious contenders for the top four.

Stefano Pioli will be without Kessie and Ismael Bennacer in the base of the midfield. In more positive news, Ante Rebic is back and all set to start for the first time since the Milan Derby back in early November.

Mourinho has less of a worry in missing first team players, though he will not be able to call upon the exciting Felix Afena-Gyan from the bench. Tammy Abraham was involved in a car crash on Monday but should start.

Milan have been dangerous in attack from a lot of areas, but one of the key beneficiaries has been that of Alexis Saelemaekers. Even when he has not started right from the off, Saelemaekers has made an impact since coming on. He has one goal and three assists so far, but it is his overall play that demands attention.

Relentless and decisive: our @emirates MVP from December 2021 has a message for the Rossoneri 🔴⚫

Saelemakers is an extremely smooth operator who can carry the ball over long distances and make the difficult passes at the correct time in the final third. Moreover, he always serves as an outlet when Milan look to go long from defence. Roma’s wingbacks push high and their centre-backs are not the quickest around. Saelemaekers will get time and space to put some good deliveries into the box for the strikers to attack too.

The return of Lorenzo Pellegrini will be a massive boost for Mourino given his vital importance to the side. With five goals and two assists already, he has been thriving in his more advanced position this season.

Pellegrini is also the team leader in chances created (42) and key passes (40) as his commanding play helps the whole side to become even more threatening while going forward. As mentioned above, Milan will be without two of their top defensive midfielders meaning Pelligrini is likely to be stopped much less frequently than he would have been usually. Tiemoune Bakayoko has struggled in certain games this season against better opponents and Roma may look to target him in order to score.

His objective: be ready vs Milan

If Pellegrini does get by the midfield block, Milan could be in real danger of conceding or having to give away fouls, and setpieces are also something he is very good at.

Milan won the reverse fixture 2-1 but the result is much more difficult to call this time around, given the time off that both teams have had. FootTheBall predicts a 1-1 draw between the two sides.