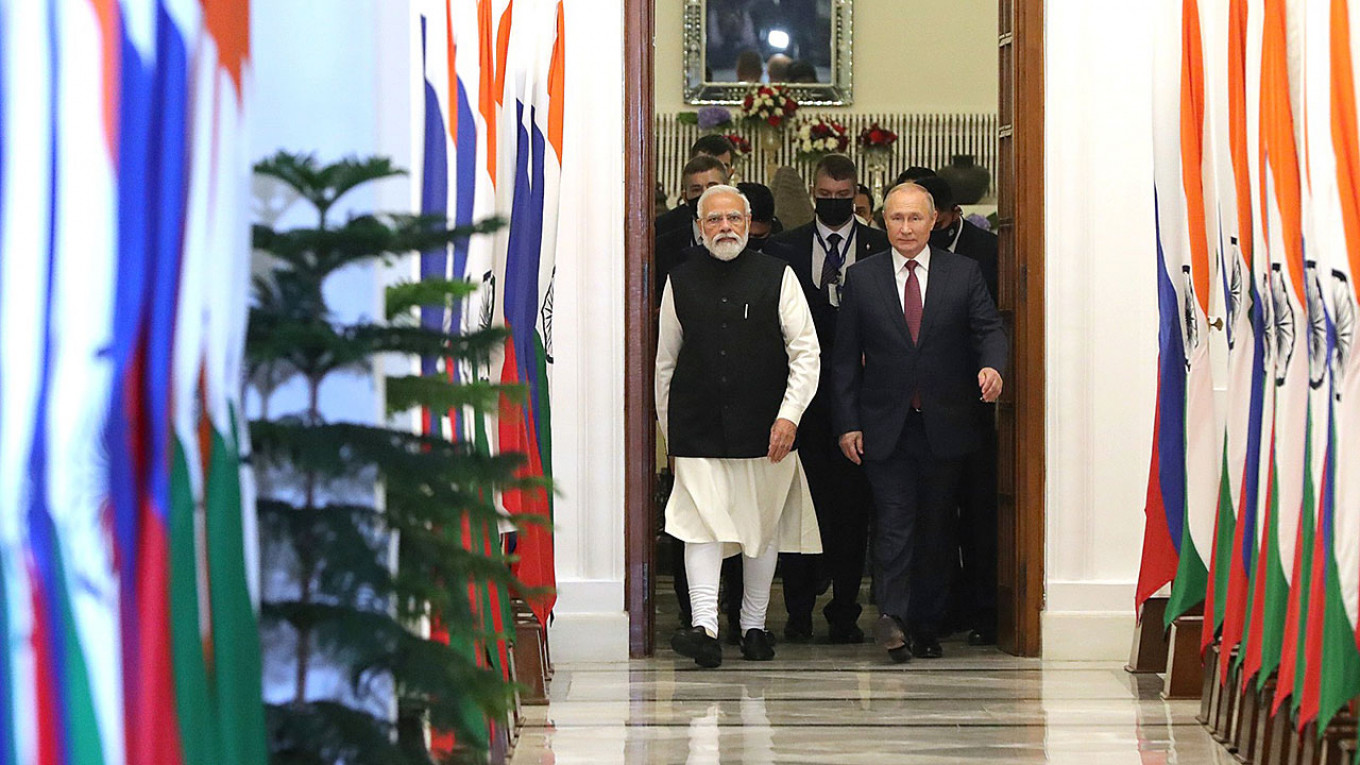 “We see India as a great power, a friendly nation and a time-tested friend…Relations between our countries are developing,” Putin told journalists Monday evening, in what was only his second trip abroad since the start of the coronavirus pandemic.

The Russian president has been known to be cautious about his health during the pandemic, skipping both the G20 and COP26 summit this year and holding many of his meetings with government ministers and regional governors over videoconference.

The Kremlin said last week that the summit in India will be focused on defense and energy issues, with the head of Russian energy giant Rosneft, Igor Sechin, also attending the talks.

Russia has long been a major arms supplier to India, a traditional U.S. ally. Putin on Monday boasted that Moscow’s military cooperation with India was “like with no other country.”

In 2018, India agreed a $5 billion deal with Russia to buy S-400 surface-to-air missile systems despite U.S. warnings such a purchase could trigger sanctions under U.S. law.

Russian Foreign Minister Sergei Lavrov — who also joined the summit along with Russia’s Defense Minister Sergei Shoigu — earlier in the day announced that the agreement to supply S-400s to India would go ahead despite what he described as efforts by the U.S. to “undermine” the deal.

“The S-400 deal is not only symbolic, but also pragmatically significant for ensuring India’s defense potential,” Lavrov said after talks with Indian counterpart Subrahmanyam Jaishankar.

The two countries further discussed cooperation in space, the situation in Afghanistan and the production of Russia’s Sputnik V coronavirus vaccine in India.