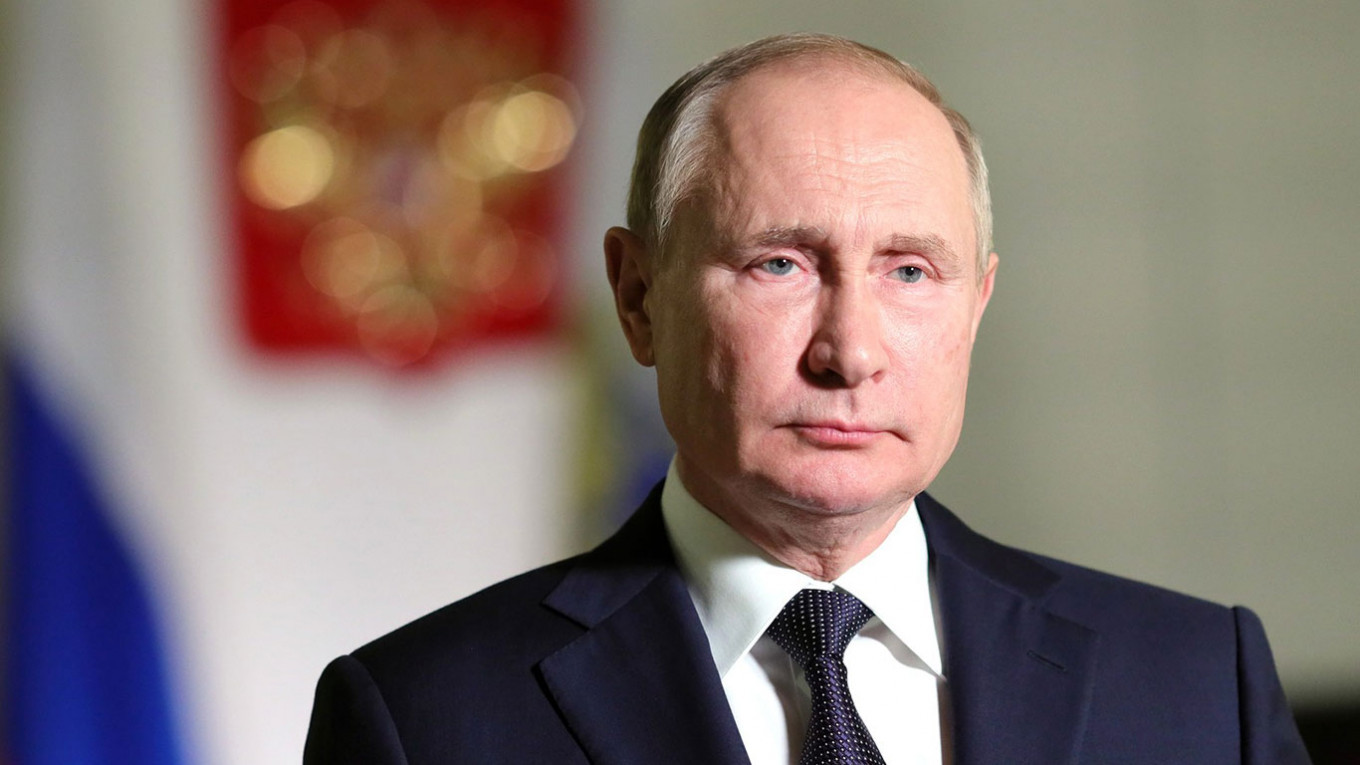 Russian President Vladimir Putin, speaking publicly for the first time since his high-profile talks with U.S. leader Joe Biden, said Wednesday that Moscow reserves the right to “defend its security.”

During their summit by secure video link Tuesday, Biden warned Putin of a “strong” Western economic response should Moscow attack its neighbor.

The talks were seen as a chance to lower tensions on the Russian-Ukrainian border, where Moscow has deployed up to 100,000 troops, sparking fears of a major war.

“Russia has a peaceful foreign policy, but has the right to defend its security,” Putin said at a news conference with Greek Prime Minister Kyriakos Mitsotakis.

He refused to say if Moscow planned to move troops massing on Ukraine’s frontier across the border, but said that simply watching NATO move closer to Russia would amount to “criminal inaction.”

“We cannot but be concerned about the prospect of Ukraine’s possible admission to NATO, because this will undoubtedly be followed by the deployment of appropriate military contingents, bases and weapons that threaten us,” he said.

The Russian leader stressed that NATO expanding eastwards is a “very sensitive” issue for Russia.

“It is one of the key questions in preserving Russia’s security,” he said, adding that Russia had been “warning” NATO against any expansion.

Putin told Biden on Tuesday that Moscow seeks legal guarantees from the West that Ukraine would not join NATO.

The Russian leader nonetheless hailed the talks with Biden as “constructive,” saying the pair agreed to continue dialogue.

France on Wednesday said it had sent “strong messages” to Russia warning that it would face “strategic and massive consequences” if it attacked Ukraine.

The French foreign ministry statement came after telephone talks this week between the leaders of France, Germany, Italy, the UK and the U.S.

It said that the so-called Quint of the five Western allies had in their talks “expressed their determination that the sovereignty of Ukraine be respected.”

The same day, Russia said sent planes to intercept and “escort” three French military plans flying near its borders in the Black Sea, in a rise of tensions.

Moscow’s defence ministry said its pilots escorted French Mirage-2000 and Rafale planes after stopping them from violating the Russian border.

It is the latest sign of tensions in the Black Sea, a sensitive region for Russia which controls the Crimea peninsula after annexing it from Ukraine in 2014.

Ukraine’s President Volodymyr Zelenskiy — who has said he is ready to negotiate with Putin — said it was “positive” that Putin and Biden spoke.

He is due to hold talks with Biden on Thursday.

“I believe that Ukraine’s victory lies in the fact that the United States has always supported Ukraine, our sovereignty and independence,” Zelenskiy said at a press conference with Croatian Prime Minister Andrej Plenkovic.

He said it was “important” that Biden had taken a “personal role in resolving the conflict” in eastern Ukraine.

Ex-Soviet Ukraine has been fighting pro-Russia separatists in its eastern Lugansk and Donetsk regions since 2014, shortly after Moscow seized Crimea.

Kiev and its Western allies accuse the Kremlin of supporting the separatists — claims Moscow denies — in a conflict that has claimed over 13,000 lives.