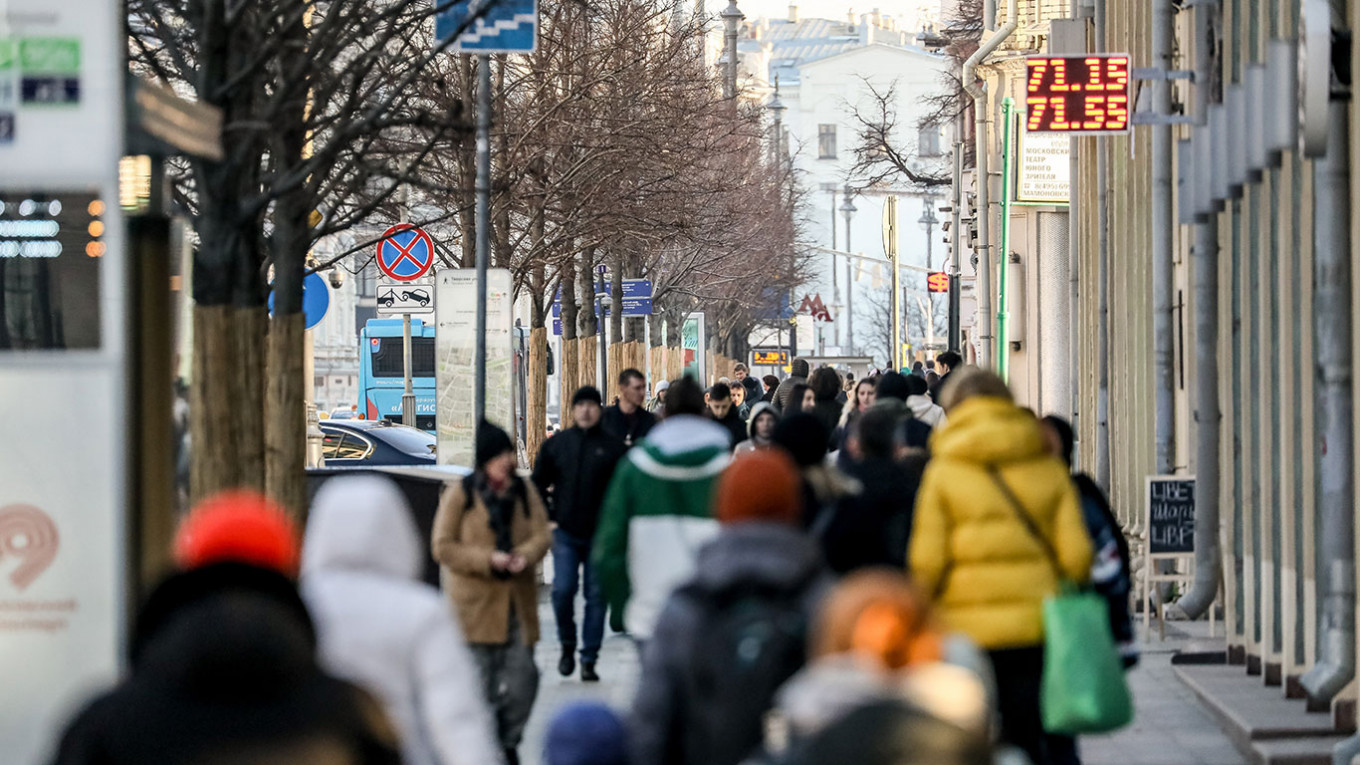 President Vladimir Putin’s approval ratings have declined amid weeks of record Covid-19 infections and deaths capped by a partial lockdown, according to a new independent survey published Thursday.

Russian respondents’ approval of the president’s job performance dropped to 63% in November from 67% in October, according to the Levada Center pollster.

Putin ordered a nationwide partial lockdown from Oct. 30-Nov. 7 in a bid to slow the virus’ spread after placing most Covid-19 response decisions in the hands of regional leaders for much of the pandemic.

According to Levada, 57% of its respondents approved of their regional leaders in November, while 38% did not.

Putin’s approval has yet to return to the highs it enjoyed following Russia’s 2014 annexation of Crimea from Ukraine, as unpopular pension reforms and lagging living standards have fueled public discontent.

While he has repeatedly urged Russians to get vaccinated with one of the country’s Covid-19 vaccines amid widespread vaccine hesitancy, Putin still opposes the idea of mandatory vaccination.

Nearly half of respondents, 46%, said Russia is moving in the right direction.

A slightly smaller share, 44%, expressed the opposite opinion, Levada said.

Levada carried out its survey among 1,603 respondents across 50 Russian regions between Nov. 25 and Dec. 1.