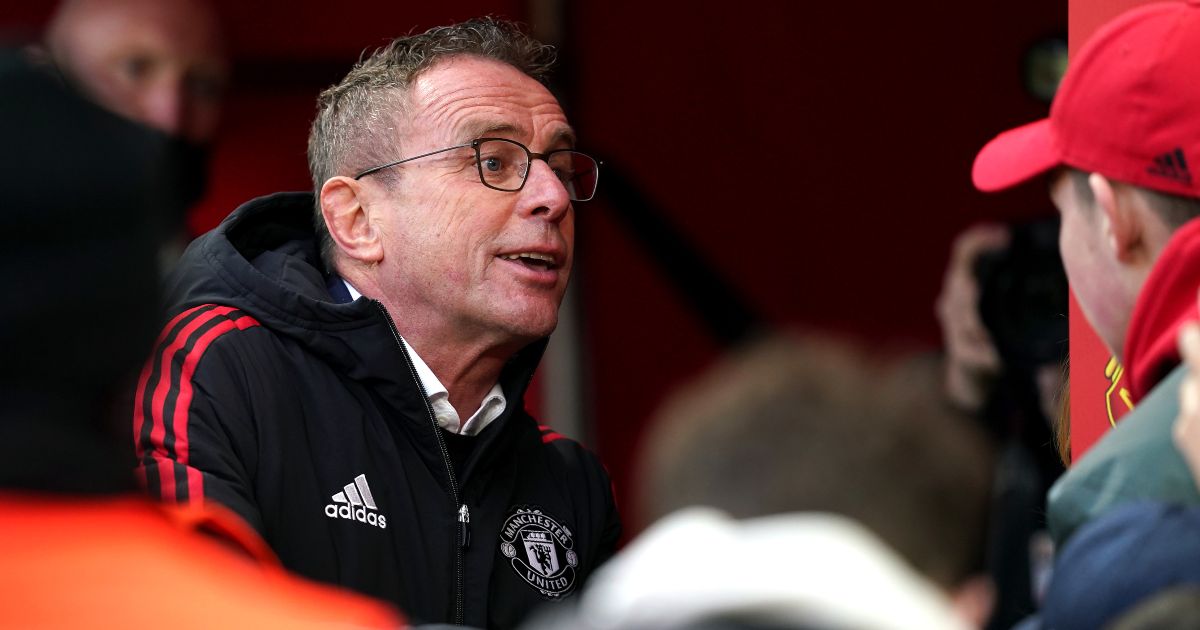 Armas was head coach of New York Red Bulls when Rangnick was sporting director at the Major League Soccer club, while Lense worked with the German at Bundesliga side RB Leipzig.

On the appointments, Rangnick told reporters on Tuesday afternoon: “It won’t be that many, so far I’m very happy to work with the staff I have met in the last week. They gave me a lot of help in the last couple of days in preparation for the Crystal Palace game.

“We have decided to bring in a sports psychologist, with Sascha Lense. He’s from Germany, a former second division player. I used to work with him for three years at Leipzig, one year in the year that we won promotion from the second to the first division, with myself, and the following two years when Ralph Hasenhuttl was head coach.

“So we know each other since then. He will be introduced to the team as soon as he has got his visa and work permit. I hope we will have him on board tomorrow or at the latest Thursday.

💭 Ralf: “We can still improve, in possession, we can create more chances, we can play more vertical.

“Success can only be achieved with development, by developing the team.” 📈

“Chris Armas used to be the assistant coach at New York Red Bulls under Jesse Marsch, that was five years ago when I first met him. Since then, we have met quite frequently.

“Also in my role as head of global for Red Bull, in the last three years he was the head coach for the New York Red Bulls and Toronto in the MLS. He will again hopefully join our team in the next two days.”

Man Utd won their first match under Rangnick on Sunday when a solitary Fred goal was enough for the Red Devils to take all three points in a 1-0 win over Crystal Palace.

“If you win games it is the best tool to gain confidence. In the last four games, the team won three, so we need to maintain the momentum..

“The players have to buy-in. I need to get into their heart, their brains, their blood, whatever. The first steps have been taken.”