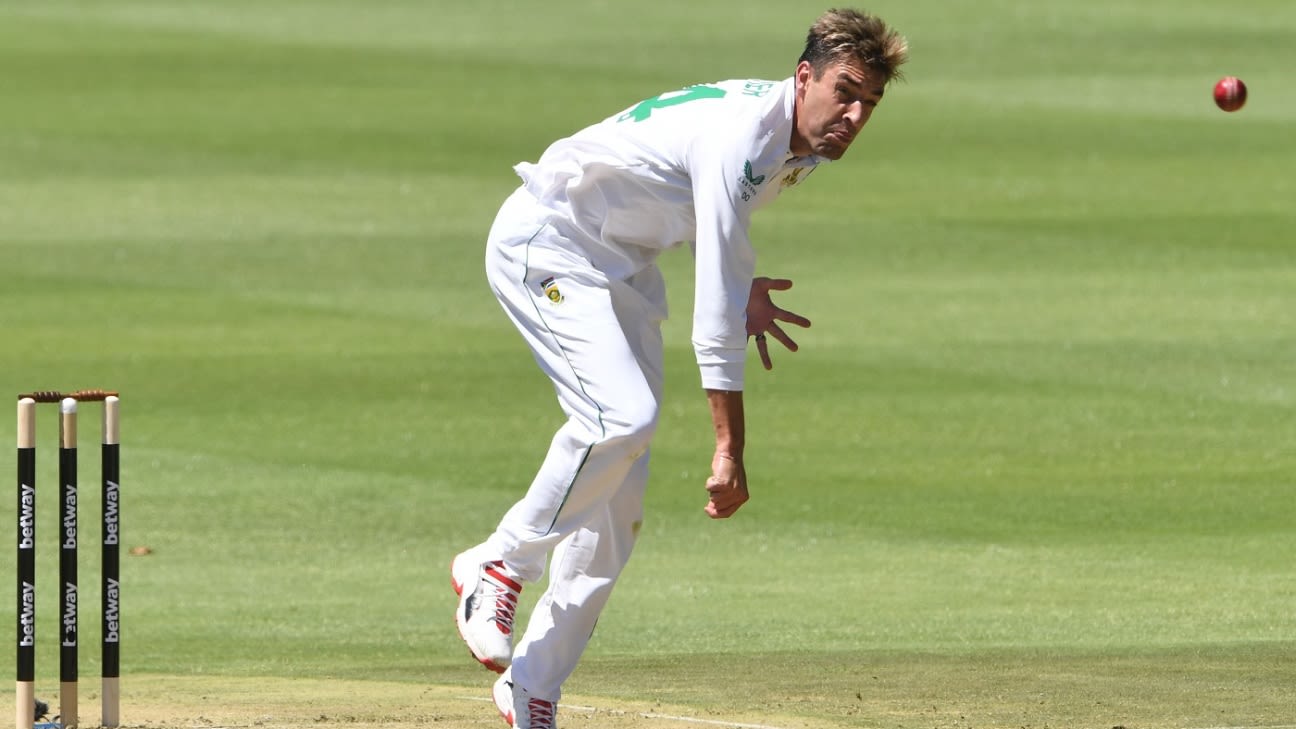 The visitors were three down for just 53 by lunch

Duanne Olivier returned to Test cricket for South Africa and knocked over Cheteshwar Pujara and Ajinkya Rahane in successive balls to have India wobbling at 53 for 3 at lunch on the first day at the Wanderers.

India were missing Virat Kohli, the regular skipper ruled out of the Test with an upper back spasm, and they were already feeling the after-effects of that hole in the batting line-up. KL Rahul, captaining India for the first time, was holding for on a 74-ball 19 at lunch, alongside the returning Hanuma Vihari.

Rahul’s captaincy got off to the desired start when he won the toss, but South Africa’s bowlers kept things tight after India chose to bat. The opening duo of Mayank Agarwal and Rahul started well enough, keeping clear of the good balls and Agarwal in particular, not letting scoring opportunities go. Both men were tight enough in defence, but Agarwal was more adventurous. His first three scoring shots were all sweetly timed boundaries, while Rahul went into his familiar Test-match mode of keeping bat as close to body as possible and soaking up the pressure created by the bowlers.

South Africa had made two changes, one forced with Kyle Verreynne taking the gloves in place of the retired Quinton de Kock, while Olivier replaced Wiaan Mulder.

Olivier’s speeds rarely touched even the mid-130s, but he and Marco Jansen both got the ball to kick off a length, which had the batters hopping. Jansen got the initial breakthrough, striking first ball after the drinks break after India had made 36 without loss in the first hour and looked solid. A ball angled across Agarwal had the batter drawn into a drive, but the angle across him meant he only snicked it behind.

Rahul and Pujara batted together for 9.2 overs which brought only 13 runs, even as the South African pacers found more zip. Olivier got one to spit up off a length in the channel to Pujara, whose defensive prod resulted in the ball flying off the shoulder of the bat for an easy catch to point. Next ball, Rahane – under some pressure due to his recent run of low scores despite two bright innings in the first Test in Centurion – poked at a short of length ball outside off and gave a straightforward catch to gully.

The wicket was Olivier’s 50th in Tests, and he had become the joint third-quickest South African to get there in terms of Tests. Olivier had got there in his 11th Test, the same as Bert Vogler, Hugh Tayfield and Allan Donald but behind Vernon Philander (7 Tests) and Peter Pollock (9).